“They will put an extra bolt and are already shouting about modernization”: experts spoke about T-72 tanks for the Armed Forces 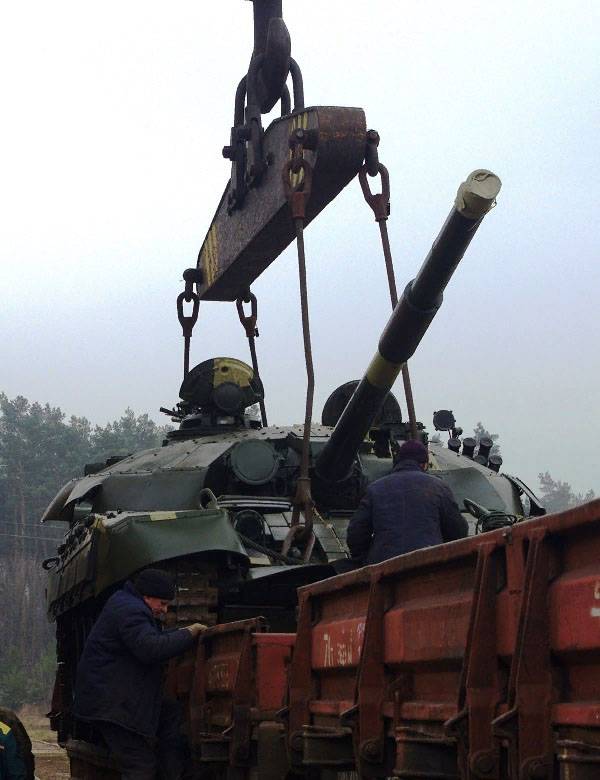 As previously reported in one of the previously released News "Military Review", APU received 25 upgraded tanks T-72. Modernization was carried out at the Kiev armored plant in coordination with the Central Bank of Ukraine (Central Armored Directorate) of the Armed Forces.


Experts pay attention to the external features of the tanks repaired at the Kiev factory. What exactly was the modernization, judging visually? In the new rubber - how to protect against cumulative grenades?

However, the very word “modernization” in this case appeared from the filing of the Ukrainian media, moreover, specialized, military-themed ones.

At the Kiev armored plant, they still call things by their proper names, declaring the transfer of T-72 tanks to the troops after a major overhaul. It is added that some refinement of the tanks has been carried out - in particular, the optics and stabilization system of the tank gun have been improved.

The data of the Ukrainian side, which confuses the repair and modernization of armored vehicles, was commented on by Viktor Baranets, a member of the Presidium of the All-Russian Organization Russian Officers, for Military Review. According to the military expert, there is "natural boasting, which most often has nothing to do with reality."

Modernization is a change of weapons, automation. All of this has not happened recently. But what kind of “modernization” they are doing well, is this: rusty T-72 tanks are painted in the colors of the Armed Forces. And this is perhaps the only plus of such a "modernization". In quotation marks, “plus,” of course. In terms of tank building, Ukraine today is based on long-standing Soviet technologies. Despite the presence of tank factories in Ukraine, there is no modern scientific school that could increase the performance characteristics of these tanks. I do not gloat, I just watched for decades what happened there after the collapse of the USSR, the Ukrainian tank school ... So people who themselves work in this industry, they sing very sad songs. 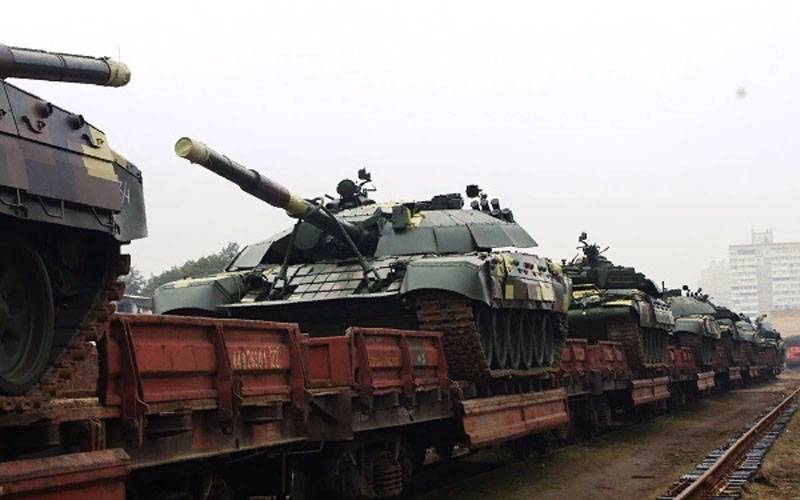 According to the expert, Ukrainian politicians today are characterized by the constant bloating of myths "about the improvement of modern weapons».

They put an extra bolt or an extra nut there or change the position of some apparatus there, and their politicians and military men shout about some kind of modernization there. And the combat capabilities, as they were at the level of the first generation of T-72 tanks, remained. They talk about updating optics, but the ammunition was both old and remained. Old engines ... Well, even if they put a new radio station there, then this is not a modernization, this is just a communication system. Yes, and no one has tested how reliable it is.
Overhaul, called "modernization", commented the expert of "Military Review" Alexander Staver:

If there is no tank building in Ukraine, then it is difficult to talk about modernization as such. Kharkov Tank Plant is also engaged only in repair. And all the other plants, too. They collect rubbish from garbage cans and collect several cars from several decommissioned ones. And the modernization of these T-72s is NATO radio stations and mounted diversity until the first battle.

Ctrl Enter
Noticed a mistake Highlight text and press. Ctrl + Enter
We are
Summary of the week from voenkor Mag about events in the DNI and LC 21.04.18 - 27.04.18Summary of events in the DPR and LPR for 14.04.18 - 20.04.18 from the military commissar "Mag"
51 comment
Information
Dear reader, to leave comments on the publication, you must to register.