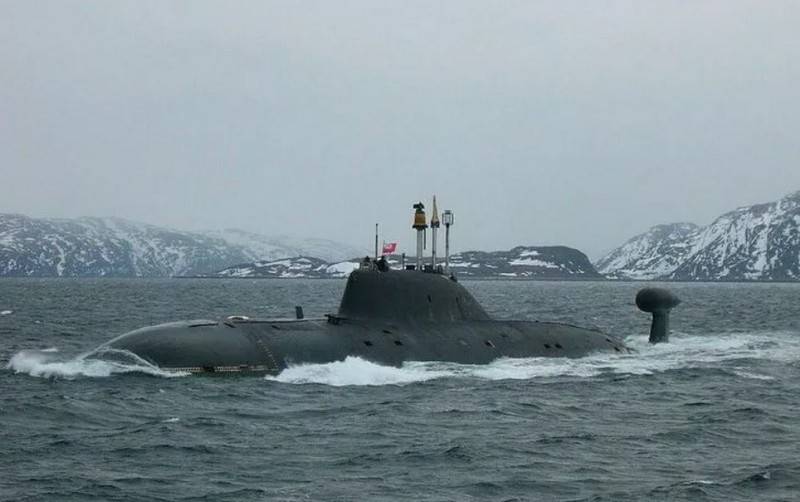 Multipurpose nuclear submarine (NPS) "Vepr" of project 971 "Pike-B" will return to the Northern fleet in June of this year. This was reported by TASS with reference to a source in the military-industrial complex.


The Vepr nuclear submarine completed all tests; all modernized and repaired systems and equipment were tested at the Barents Sea training grounds. Currently, the submarine is located at the Nerpa shipyard, where the comments identified in the tests are being eliminated.

The submarine returned to the Nerpa shipyard to eliminate comments. This work will last about a month, then, after a brief docking, in early June it will be transferred to the fleet
- the agency leads the words of the source.

As the Northern Fleet press service previously stated, the return of the submarine to the Northern Fleet was planned in April 2020, but these deadlines are not final and will depend on the results of the tests, because at the request of the customer, “many new systems were involved in the modernization process.”

The Vepr nuclear submarine underwent repairs and modernization at the Nerpa shipyard (a branch of the Zvyozdochka ship repair center).

We are in Yandex Zen
Vepr nuclear submarine of project 971 went for testing after repair
India received a nuclear submarine "Nerpa" with a three-year delay
75 comments
Information
Dear reader, to leave comments on the publication, you must to register.