“Kill” the terrorists: how the American “blade missile” works 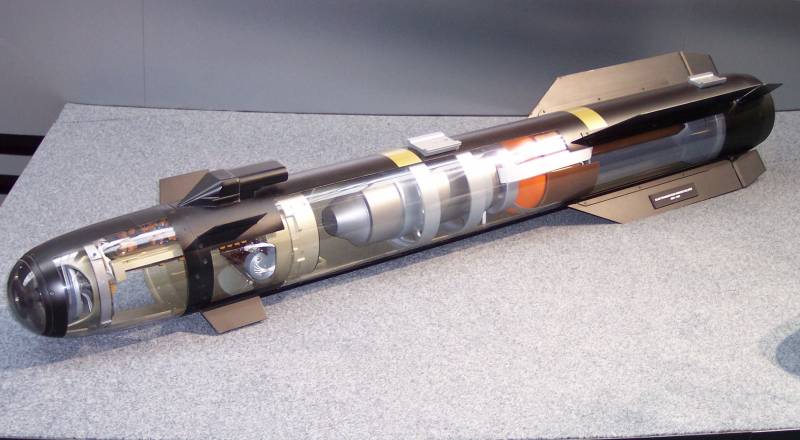 For some time now, messages have begun to appear in the information space that are very reminiscent of a retelling of the plot of a fantastic action movie. Something like "People X" with their popular hero Wolverine, mercilessly shredding razor sharp enemies with blades. It is about this kind of damage that was done to liquidated terrorists instead of traditional bullet or fragmentation wounds, and the media write. Fiction? Nothing of the kind: this is the use of the American missile AGM-114R9X Hellfire.

Hellfire itself is one of the most widely used and tested air-to-surface munitions used by the US Air Force. Designed originally as an anti-tank weaponsOver time, this missile acquired a wide range of warheads - from cumulative and high explosive to thermobaric, inert and tandem, combining the capabilities of the two very first options. Now here are the deadly blades. Why is this even needed?

According to information available in US public sources, the question of developing a high-precision munition, with which it would be possible to carry out “targeted” elimination of targets (first of all, characters that particularly annoyed Americans like leaders and “prominent figures” of various terrorist groups), was staged by Barack Obama. This president is seriously fed up with the well-deserved accusations pouring into the Pentagon and the CIA that during their own military operations, often in settlements, they often destroy the right and the guilty, as they say.

No matter how high-precision a rocket or bomb may be, but deviating it from the target by some meter or two (especially in urban areas) is a very real thing. A small glitch - and an apartment building already flew into the air, and not a jeep with militants parked next to it. Yes, and such things as a blast wave and fragmentation defeat, too, has not been canceled. It is deeply doubtful that the White House was so worried about civilian casualties (such a conclusion suggests itself on the basis of the entire range of actions of the US Army to “establish democracy” in many countries of the world), but they decided to demonstrate their own concern for reducing their number and issued appropriate orders.

According to some reports, the development of a new ammunition has been carried out since 2011, but there is no evidence of this. Generally speaking, there are a lot of rumors, speculations and legends around the “blade rocket”. For the first time, mention of her “surfaced” in the publication of the American edition of The Wall Street Journal, which, in turn, referred to the book “Final. The Assassination of Osama Bin Laden, "by Mark Bowden. In it, the journalist undertook to assert that it was with the help of such a rocket that they originally planned to eliminate "terrorist No. 1". However, the tactical and technical characteristics given in this case allow us to guess that we are talking about a completely different ammunition - an ultra-small guided bomb designed to launch from an UAV. However, bin Laden was still eventually shot ...

Real applications of the AGM-114R9X can be discussed in several fairly well-confirmed cases. For example, in Syria, in the city of Atme (Idlib province), where several terrorists who were in a minivan were killed. Judging by the photographs that appeared on the Internet, the car’s cabin is indeed more likely to be cut than blown up, there is no crater and burning traces, and in the picture of some fragments that may well be the remnants of the rocket that hit the target, one can see something very similar to the metal-cut blades.

Also, the “sword-bearing” Hellfire is attributed to the death of a certain Mohabullah in the area of ​​the Afghan settlement of Imam Sahib (Kunduz province), who performed the role of a financial operations specialist in the Taliban (banned in the Russian Federation) and the murder of one of the leaders of al-Qaeda (banned in Russia) Abu Khaira Al-Masri. Also, according to the American media, the missile was used during covert operations in Iraq, Somalia, Libya and Yemen.

Let me repeat myself - to date, no officially confirmed data on the TTX AGM-114R9X Hellfire or its images in nature exists. Nevertheless, in accordance with the available information, this ammunition is a completely standard missile, the warhead of which instead of an explosive contains six blades as a striking element, as well as a "weighting" element weighing 45 kilograms. Otherwise, too light a projectile simply will not get anywhere. When approaching the target, the rocket engine is muffled and it enters the point of impact, driven along the ballistic trajectory by aerodynamic rudders - inaudible and elusive, like death itself. The blades open literally at the last second, literally crumbling into a cabbage an unsuspecting victim until this moment ...

In conclusion, it is worth noting that with all its “humanism” and grace, the idea of ​​“superweapon” even in the field of counter-terrorism operations, the AGM-114R9X Hellfire does not pull. The scope of its application is already very specific, based on the claimed characteristics. It can only hit a person in an open area or in a regular car. Already lightly armored vehicles will be too tough for a rocket. That is, not with blades. Absolute protection against it can be considered any building - at least a brick, at least concrete, except perhaps a hut. The main thing is not to stick out the window. However, the idea itself is interesting and speaks of the ability of American gunsmiths to take a non-trivial approach to solving their tasks.

We are in Yandex Zen
"Flexible" tactics of the possible use of TFR X-101 against NATO air defense outposts on European theaters. What nostalgic US Air Force?
Blocking Wikipedia and the "Streisand Effect"
34 comments
Information
Dear reader, to leave comments on the publication, you must to register.