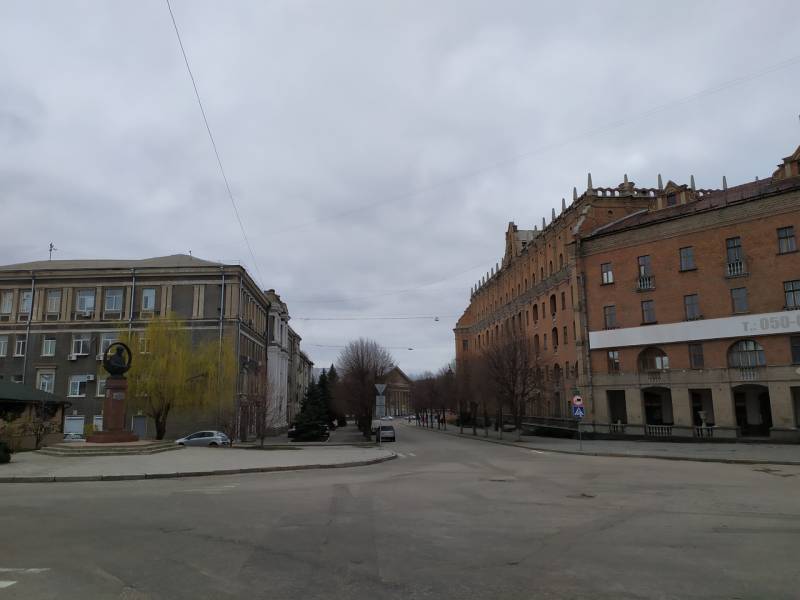 Cities under the castle

The LPR authorities had no time to remove the lockdown from the Red Ray and Anthracite, when similar measures had to be introduced on an even larger scale. Since April 23, the government quarantined five cities: Alchevsk, Bryanka, Perevalsk, Sverdlovsk and Stakhanov. Krasnodon was not closed just because of the location of the city on the main transport artery coming from Donetsk, Rostov Region. From day to day, Lugansk may be closed. Meanwhile, in the DPR in the lockdown mode, the village remains. New World; From April 24, quarantine was introduced in the Novoazovsky district.

In LPR stopped long-distance traffic. Quarantined cities have closed markets, non-food stores, and most institutions. The regime of passes and restrictions on movement, including on personal vehicles, have been introduced. At the same time, mines and industrial enterprises continue to operate. In the republics, fines have been imposed for travel in public transport and shopping without a medical mask, the punishment for violating the self-isolation regime has been toughened. In the LPR, the border is finally closed: only people with Russian registration can leave for the Russian Federation.

At the end of April, measures to counteract the spread of coronavirus infection in the republics are close to those that apply in Russia, Ukraine and other countries.

At the same time, it is worth noting that, despite all the prohibitions and alleged strictness, Lugansk and Donetsk practically continue to live their former lives. Residents of the Red Beam testify that even during the lockdown, the population did not adhere to the regime of self-isolation too much, and law enforcement agencies were in no hurry to rage. In the cities of the republics, only about 30-40% of the population use medical masks (or their home-made analogues). Streets and parks are awash with people. Trade is flourishing from under the floor, when the necessary goods are taken out of stores by phone call. Electronic money transfer points continue to operate, without which many residents of the republics will simply have nothing to eat. Pensioners flatly refuse to observe self-isolation: there are more of them on the streets than middle-aged people.

The question is not only about the government’s readiness to enforce quarantine measures from the population, although the very ability of local authorities to control entire cities raises certain doubts (the staff of law enforcement agencies is clearly insufficient). The question, rather, is the economic realities that force local entrepreneurs, and ordinary citizens, to either move and work, or to literally survive. In addition, there remains the factor of local mentality: hardened by the long years of the war, many residents of LDNR simply refuse to take seriously the danger of coronavirus.

Given the state of republican medicine, which has yet to recover after 25 years under the Kiev regime, inefficiency and non-compliance with quarantine measures may well lead to the total spread of coronavirus, which, judging by the assurances of doctors, appeared in LDN in February. Today, everything depends on how real the danger is and how much what official sources say is true.

Today, despite the help and support from the Russian Ministry of Health, everything is ready for the “perfect storm” in the republics. At the same time, in Ukraine the number of negative factors is even greater, but nothing like the situation in Italy or the USA is observed there.

Probably, soon everything will become obvious. If the danger is real at least 25% of what they say in the media, Lugansk and Donetsk are waiting for difficult times and, most likely, a state of emergency. At the same time, the statistics of patients in LDNR against the background of minimal protective measures (besides not particularly enforced) suggests: self-proclaimed republics have a good chance of escaping with a slight fright. What we will hope for. Is it not enough for us, wars?

We are in Yandex Zen
Chronology of "Minsk 2.0": the Armed Forces of Ukraine are preparing a "breakthrough" (part of 2)
Operational situation in the Donbass theater against the background of Avakov’s brilliantly insane strategy. What steps to wait?
25 comments
Information
Dear reader, to leave comments on the publication, you must to register.