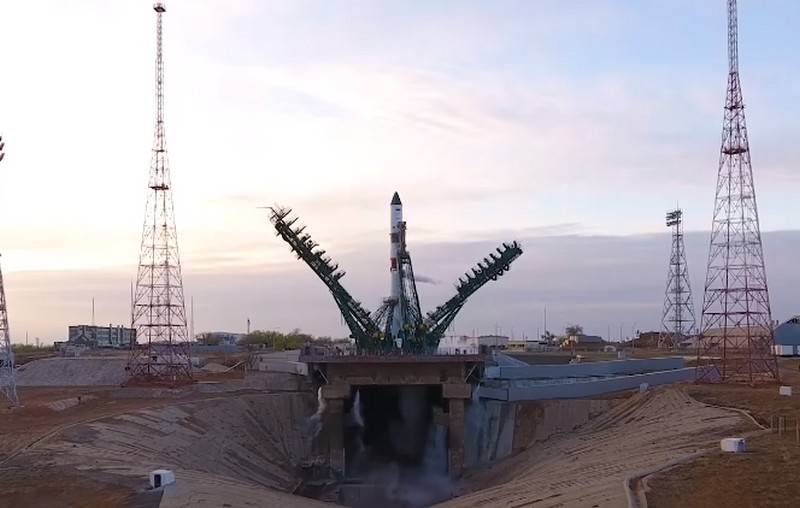 Russia has successfully launched the Progress MS-14 spacecraft into orbit, the spacecraft docked safely to the ISS. It is reported by Roskosmos.


The launch of the Soyuz-2.1a launch vehicle with the Progress MS-14 cargo ship was carried out from the Baikonur Cosmodrome at 04:51 Moscow time. vr. The launch of the missile, dedicated to the 75th anniversary of the victory in the Great Patriotic War, was carried out from the 31st site (Vostok) and went on normally. Nine minutes after the launch, the ship entered orbit and headed for the station.

As explained in Roscosmos, ProgressMS-14 moved to the ISS in an ultra-short circuit (two turns) and reached it after three hours and twenty minutes, after which it docked automatically. The docking was monitored from Earth by MCC specialists and Russian cosmonauts with the ISS.

The cargo delivered to the ISS includes water tanks, oxygen cylinders, fuel for the refueling system and dry cargo, which includes products and various equipment. In addition, data on relatives of the participants of the Immortal Regiment on the ISS action and symbols dedicated to the 75th anniversary of Victory were delivered on board the ship. The total weight of the cargo is just over 2 tons.

The Soyuz-2.1a launch vehicle itself was decorated with an image of the St. George ribbon, orders of the Patriotic War and the logo of the 75th anniversary of the Victory.

Recall that there is a crew aboard the ISS, which includes two Russian astronauts and one American astronaut.
Ctrl Enter
Noticed a mistake Highlight text and press. Ctrl + Enter
We are
New attempt to divide BaikonurAnother satellite crashed without reaching the specified orbit
22 comments
Information
Dear reader, to leave comments on the publication, you must to register.