Aircraft "Mriya": a big and bright dream without a future 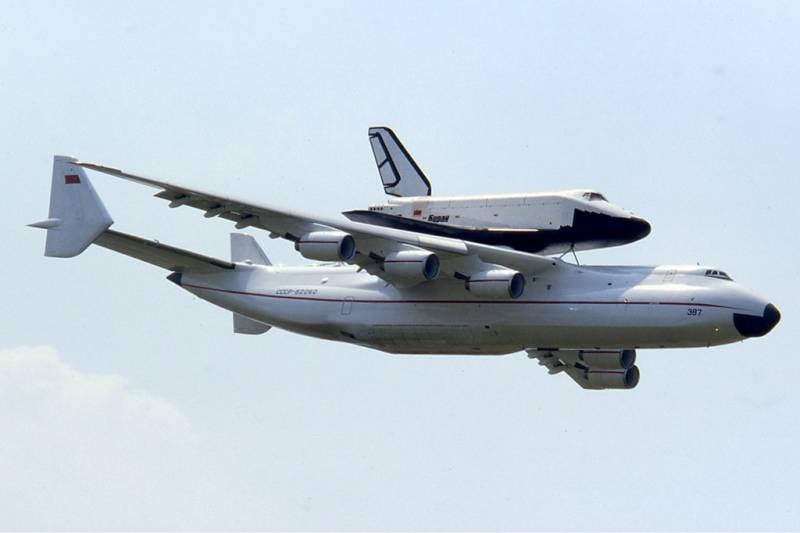 An-225 "Mriya" with the shuttle "Buran" (photo from Wikipedia)

News about the An-225 "Mriya" ultra-high-capacity aircraft making several flights to deliver medical supplies to combat the COVID-19 pandemic made many enthusiasts perk up aviation. The incredible creation of the Soviet aircraft industry, which, it seemed, was doomed to slow and inglorious extinction in the hangars of the ruined Ukrainian "Antonov", again in business, again in the sky! So, is there any future for this unmatched winged car, or is its new take-off just an accident caused by the extraordinary circumstances prevailing in the world today?

As you know, to date, the UR-82060 board has undergone a deep modernization at the Antonov’s native ANTK. Its result is called the updated avionics system and the installation of a new engine. Most likely, this is one of the same D-18Ts from the Zaporizhzhya engineering design bureau Progress, which Mriya was originally equipped with. It is unlikely that he is really “new”, rather, restored, taken from stocks. To produce such extremely specific engines, which are installed only on the An-124 and An-225 aircraft, Ukraine is now beyond its power, yes, by and large, there is no need.

This fully applies to the "Mriya". The second copy of the exact same super-plane has been in the production halls of Antonov for several decades, being in a state of partial readiness - in truth, at the stage of eternal "unfinished", because bringing it to mind, according to management estimates, the company will cost about half a billion dollars! And this is using old technology. What will be the cost, if you try to bring the car in line with current aircraft manufacturing standards, it’s scary to even think. In addition, Ukraine simply does not have the means to implement such expensive projects. There is no real goal.

Recall from the very beginning, in the mid-80s of the last century, it was planned to create only two An-225s. Nobody was going to launch them in a series. These giants were intended, in fact, exclusively for launches of the Buran reusable spacecraft and transportation to the launch site of both the shuttle itself and the elements of the launch vehicle. The Soviet Union collapsed, its ambitious space program was curtailed - there was no room for a dream. That is, for "Mriya." No, of course, the An-225 can also be used as an ordinary transporter. It happened to him to transport huge electric generators or blades of wind power stations that simply could not fit in other aircraft. In total, Mriya has about 250 different records, including in the field of transportation of seemingly unbearable loads.

Nevertheless, from a commercial point of view, on the basis of profit-making considerations, which today, alas, dictates everything and everyone in our world, the creation and operation of such “unique ones” for such prosaic purposes is simply unprofitable. This is not to mention the fact that more than a third of the world's airports are physically unable to receive the An-225 because of its colossal weight of 250 tons without cargo and more than 600 tons with a filled cargo compartment, as well as an unprecedented wingspan of 88 and a half meters. Incidentally, it was precisely this consideration that cooled the fervor of the Chinese comrades, who were quite gathered to begin the release of Mriya at home. The local Aerospace Industry Corporation of China (AICC) has even signed with Antonov the corresponding protocol of intent, which provided for not only the completion of the second An-225, but also the transfer of all the technical documentation for this aircraft to it. However, as far as is known, the transaction was canceled.

China, of course, is a very ambitious state. Possession of a record plane would flatter the pride of its leaders. However, first of all, in the Middle Kingdom they know how to count money. Theoretically, such a machine would be useful to the Chinese for their more than voluminous export operations. However, building special airfields for her across the planet is too much. Well, Beijing, as you can see, has not yet reached the use of reusable shuttles in its space program, or is not planning at all to develop it in this direction.

The current demand for “Mriya” is really the result of those force majeure conditions in which humanity is located, which has been hit by the coronavirus pandemic. Now this is not about profit and loss, but about survival. A board capable of delivering many things necessary to save people and fight the disease over great distances in these difficult times is what you need. However, sooner or later the epidemic will recede and all the same concepts will come back to first place: profitable - unprofitable. In fact, prospects for the An-225 can appear only if serious aerospace programs are resumed and in the framework of cooperation with a much richer and more “advanced” country in this respect than “non-fallow” ones.

Question: with whom? The Ukrainian government quarreled with Russia tightly and, apparently, is not going to establish relations and cooperation. China is not interested. The United States, today desperately saving its own Boeing Co., is definitely not an assistant in this matter. If nothing changes dramatically, the second “Mriya” will never soar into the sky, and the first, sooner or later having developed its resource, will remain forever on earth a monument to the dream. Alas, the unfulfilled ... For Ukraine as such - an airplane without a future.

Ctrl Enter
Noticed a mistake Highlight text and press. Ctrl + Enter
We are
Coronavirus COVID-19: threats, consequences, actionsSituational analysis of the death of the MH17 flight (Malaysian Boeing 777), made on the basis of engineering analysis from 15.08.2014
113 comments
Information
Dear reader, to leave comments on the publication, you must to register.