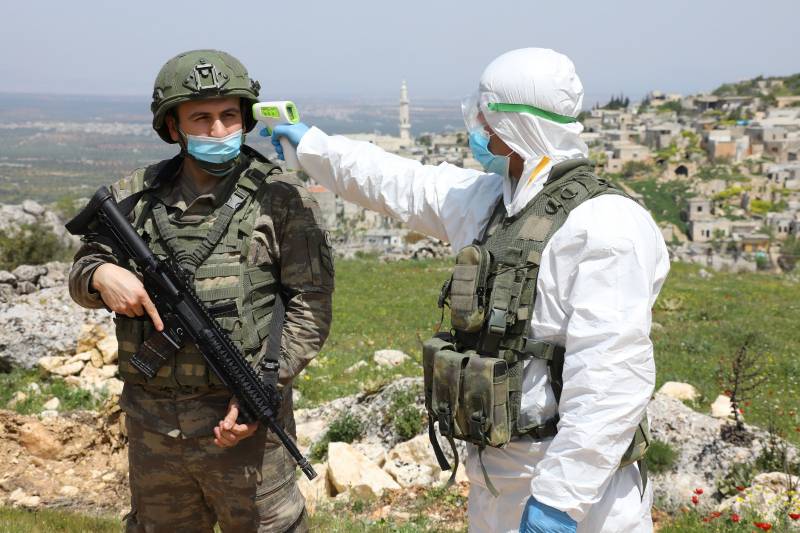 The Canadian government announced a decision on the embargo on the supply of arms and military equipment to Turkey. Earlier, Canadian authorities introduced a ban on such supplies to Ankara after Turkish troops launched an operation in northern Syria.


The government of Canada, which, like Turkey, is a member of NATO, said that the ban on the supply of military products to Turkey will continue as long as the Turkish military is located in the north of the SAR - in areas with a predominantly Kurdish population.

However, statements were made in Ottawa that the embargo could be lifted from May 1.

Now it’s become known that the Canadian Cabinet of Ministers has decided to indefinitely extend the ban on the supply of arms and military equipment to Turkey.

A government statement from Canada contains the following words:

Embargo extended until further notice.
This is a notification that Canadian arms supply companies were expecting to receive. Now these companies will have to continue to wait for the lifting of the embargo, but the government again makes it clear that there will be no lifting of the embargo until the withdrawal of Turkish troops from northern Syria.

We are in Yandex Zen
Reports from the militia of New Russia for 27-28 September 2014 of the year
Interview of Vladimir Putin with Radio Europe-1 and TF1
40 comments
Information
Dear reader, to leave comments on the publication, you must to register.