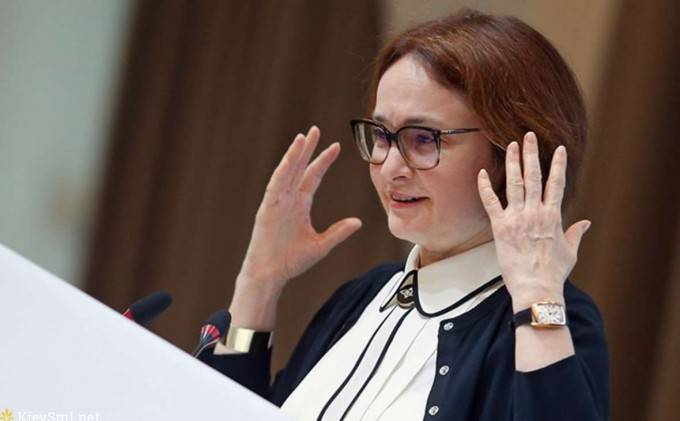 To drag and not let go

In the Russian countryside, in this situation, they can say bluntly: "You either remove the cross or put on your underpants." And Great Russian chauvinism has nothing to do with it, all the more so since one of the authors of these lines, even when he was almost brought into the liberals, remained an internationalist, while the other generally never respected nationalism.

It’s just that when the majority of capable electorates only process things under the chatter and horror stories from all screens and web pages, they don’t ask anything, it usually ends badly. And God forbid us from the Russian revolt, certainly merciless, but hardly senseless anymore. It’s better to vote.

Almost five million Russian security officials and security guards, of course, will always vote in favor, but this is only as long as their frank idleness and monstrous unprofessionalism are well paid. But the electorate and can buck. He rebelled in the capital - he chose the naughty city duma, on which the mayor, however, while frankly spits with his "decrees".

However, and this, it seems, only for the time being. The central apparatus, which continues to make every effort to save its well-being, above all material, does not really care about anyone. The Duma is as obedient as a loyal dog, but at first there was only one decent person among the senators, but now they seem to have heard one more.

However, strangely enough, there were dissidents in the “center”, only at its edge - in the structures of the EAEU (Eurasian Economic Community). Sergei Glazyev, academician, adviser to the president, who has repeatedly held high posts, and now the post of Minister for Integration in the EAEU, even thought to moderate his criticism of whoever you think - the Central Bank itself! And this is in the midst of a brutal pandemic and strict quarantine!

So independent and so highly professional that it is recognized even by the IMF, the World Bank and, most likely, the Federal Reserve. Although what is the matter of global and American bankers to the Russian shtetl office, which does nothing, by and large, is not necessary, except to put signatures on billions of transfers abroad.

You were not mistaken, reader, precisely with translations, but how else to call the notorious investments in “highly liquid and absolutely reliable”, read: foreign, specifically American assets. Our investments with you, citizens, of the money earned by pumping out our Russian mineral resources for the sake of an “uninterrupted sugrev” of European inhabitants.

And what about the Russians, almost half of whom either do not have gas at all in their houses and apartments, or pay extraordinary money for it? The Russians are still not left with the most expensive alcohol for the “Sugrev,” but it will also work for the farmers. What does the Central Bank have to do with it? About two decades ago, Sergey Dorenko (now deceased) liked to ask about this. The Central Bank, of course, has nothing to do with it, because it always has nothing to do with it.

However, as it turned out, not always. Suddenly, as usual, it happened "suddenly." In our main credit institution, “suddenly” they were worried about the excessive media activity of not someone, but an acting official at the federal, even international level.

Scare but not kill

The Central Bank was criticized by Sergey Glazyev - one of the leaders of the Eurasian Commission managing the EAEU. In response, Glazyev still does not seem to have recalled only one thing: the fact that for many years he seriously claimed the position of head of the Bank of Russia. It is characteristic that his candidacy was invariably supported by such bison in banking as Viktor Gerashchenko and Sergey Ignatiev, who themselves headed the Central Bank of the Russian Federation for many years.

And those who headed, one cannot but admit, are quite successful. The first, rightly nicknamed Heracles, as you know, returned to the Bank of Russia as its chairman on September 11, 1998, and managed, or rather, severely dealt with the consequences of default. However, after putting the basic order in the financial sphere, Gerashchenko was dismissed without explanation.

The second, Sergei Ignatiev, was placed on the Central Bank immediately after Heracles as an “intermediate figure”, but he also fell into the fight against the crisis - already in 2008. The struggle was not the most successful, the ruble had to be weakened by almost a quarter, but it was nothing more than a return to realities after default.

Later, Ignatiev was not allowed to answer the sanctions, and the current Madame Chairwoman calmly doubled the ruble in 2014, which was presented to the people as retribution for the Crimea. 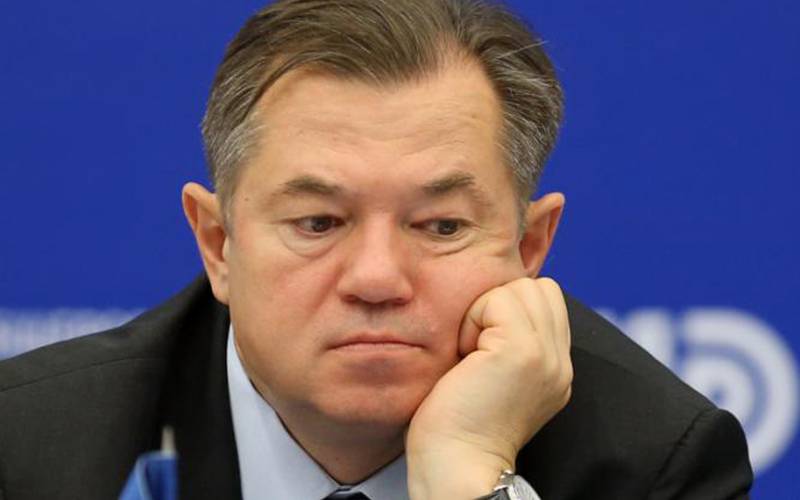 Academician S. Yu. Glazyev did not recall any of this to the current leadership of the Bank of Russia. He is worried about the current situation, which threatens Russia, and after it and the entire EAEU, the crisis is abrupt than default and later events. We must not forget that the Eurasian Minister Glazyev is a well-known opponent of economic liberalism (which, by the way, still rules the ball in our government, despite the change of prime minister).

And he didn’t fundamentally touch upon the main provisions of the current and approved monetary policy: in his position, this was not entirely appropriate. The academician speaks and writes about the specifics, decisions of the current moment and it is not by chance that he recalls that even American experts admitted: "Russia will be able to survive the long period when oil will cost $ 40-45 per barrel."

And the Germans have already meticulously calculated that at 15 dollars per barrel of Russia there will be enough accumulated reserves for two years. But this is under the condition that no one will “revive” anything, will not do anything at all - approximately as it is now. Although, after all, construction projects have not been stopped, and they will sow, and enterprises have not stood up.

Here you involuntarily share the alarm with Glazyev, who simply wants to understand why this is necessary at all. Belarus is somehow coping, while other members of the EAEU do not want to join the Russian hysteria. More precisely, not to the Russian, but to the hysteria of the Russian powers that be, starting with the guarantor. But why so many turned out to be those who are committed to the principle of "they scare us, but we are not afraid"? Glazyev, hopefully, of them.

Take and blame? Forget and grind ...

It is difficult to say that someone who has not yet completely lost the ability to think can be reconciled with the course of mercilessly pumping out blood, that is, last money, not only from the economy, but also from the pockets of citizens. Stalin's bonds, which critics of the Soviet system always subject to obstruction because they were “tricked” by almost forcefully, seem like a child’s game compared to current ideas. 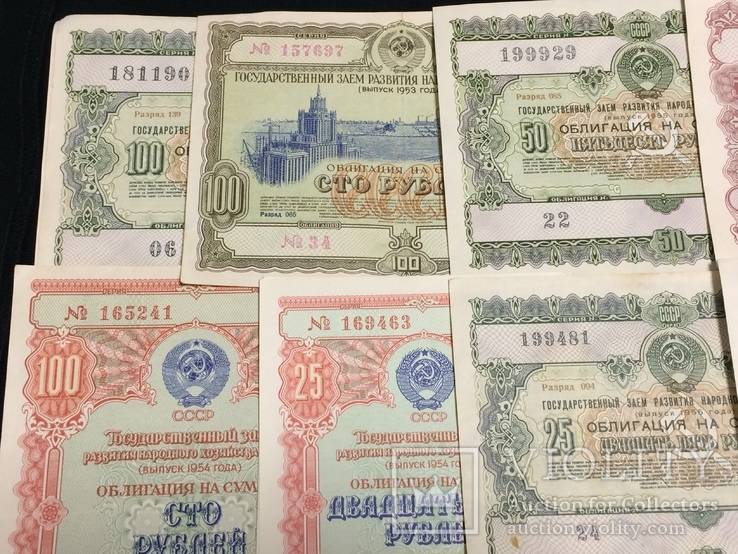 In the meantime, from the Bank of Russia, as well as from its former branch - Sberbank, you only hear that you are reprimanded to those who want to "take everything and share." It’s nice, sometimes, to take and blame the broad masses for turning them into millions of ballpoints. And then make a modest proposal on the organization of a certain anti-crisis loan. Who to borrow from? Yes, people and small-medium-sized businesses, which have not yet drowned.

That's when the revenues to the treasury grow - to the envy of the former chief tax official, and now the head of the cabinet! Although why take a steam bath at all, which is easier - introduce penalties for going to the toilet or the kitchen, place security cameras in the apartments, and no loans will be needed. True, then everything will die out very quickly, and there will be no one to fine.

The notorious crisis of overproduction, especially in the oil sector, gives us a unique chance to finally get off the oil needle. That is exactly what Sergey Glazyev is alluding to quite transparently. He is well aware that the Eurasian community has a tremendous advantage over Russia in terms of self-sufficiency and independence of the economy. But this advantage is without the normal economic development of Russia, alas, it costs nothing.

But Glazyev’s criticism of the Central Bank is quite constructive, the authors agree with her at 100. It is hardly necessary to repeat here the provisions of the minister’s report presented last week and devoted to stabilization measures against the backdrop of the coronavirus pandemic. There is no doubt that the main thing that has hooked bankers, headed by Elvira Sakhipzadovna, is the proposal to introduce a currency exchange tax in the countries of the Eurasian Economic Union (EAEU), including Russia.

We are actually talking about the rejection of foreign exchange transactions in the EAEU and the notorious dedollarization. Not forced, but voluntary, which is precisely what the tax stimulates. The proposal, let's say, is not original: just the same thing was done once by Gerashchenko and Ignatiev. And it helped. But there was also tight currency control, and the return of export earnings, mandatory, by the way.

It seems that from the EAEU and this may be offered in the coming days. Offer simply because they want to live. To live and work.

Ctrl Enter
Noticed a mistake Highlight text and press. Ctrl + Enter
We are
Results of the week. "God forbid to see Russian revolt, senseless and merciless!"Sniper craft basics
314 comments
Information
Dear reader, to leave comments on the publication, you must to register.