Reasons why Kyrgyzstan is not admitted to the Customs Union 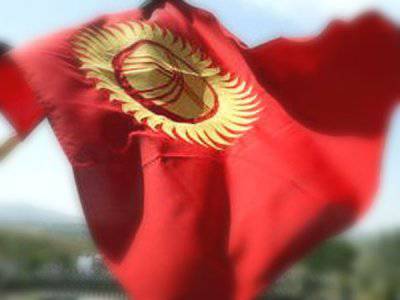 After the speeches of the Kyrgyz leader Almazbek Atambayev that Russia did not pay Kyrgyzstan for using the airfield in Kant, and also that this air base could be closed forever for Russia, it seems that the Kyrgyz authorities began to sober up. Thus, at a recent meeting of the Chairman of the Cabinet of Ministers of the Republic of Kyrgyzstan, Omurbek Babanov, with the Russian Prime Minister Dmitry Medvedev, it suddenly turned out that official Bishkek has no financial claims to Moscow and, moreover, is even going to join the Customs Union. At the same time, Babanov even confirmed that Kyrgyzstan has already chosen its way (obviously, to join the CU), and it remains only to adjust the time interval to reach the final point of this path.

And now the members of the Customs Union (Russia, Kazakhstan and Belarus) face the question: whether to take or not to take ... In other words, whether to provide Bishkek with reliable guarantees that Kyrgyzstan will soon become a full member of the CU on the same principles that guide countries him already logged on.

On the one hand, the following may seem: but what, they say, is there to think, of course, you need to give the Kyrgyz leadership such guarantees, otherwise ... And as “differently”, supporters of the idea of ​​Kyrgyzstan’s immediate accession to the Customs Union bring about the following argument: the same Honorable Almazbek Atambayev which quite often allows itself in the foreign policy of “heart throwing”, in case of refusal of Moscow, Minsk and Astana, can declare its rapprochement with the Americans. That is, the president of Kyrgyzstan can offer the Americans to remain at the military base in Manas after the 2014 of the year (after the withdrawal of the NATO contingent from Afghanistan). But today, ”say supporters of the idea of ​​an immediate rapprochement,“ Atambayev still continues to say that the Americans will have to transfer Manas to the direct use of Bishkek. However, the Kyrgyz president differs in that in the most surprising way he can simultaneously send representatives to Moscow to agree on Kyrgyzstan’s accession to the Customs Union and at the same time have a kind of dialogue with the US representatives about what there are, they say, on which "Manas" can remain American.

So, these "certain conditions" can be the transformation of the base at Manas, which now, like the facility in Ulyanovsk, is called the NATO Transit Center, at GMTU. Under this terrible abbreviation hides a civilian international transport hub, which may be deployed in Manas. By the way, the American side in the person of Robert Blake (Assistant Secretary of State) declares that, despite the withdrawal of its contingent from Afghanistan, I would like to retain Manas. Apparently, now the parties will practice what name to think of this object so that the presence of American citizens in military or civilian clothes in it does not cause concern, say, to Moscow (well, if Moscow’s opinion in this regard, someone is going to take into account ...)

In principle, one can try as much as possible to accuse Mr. Atambayev of playing two cards (Moscow and Washington) to extract benefits in relation to Kyrgyzstan, but we must not forget that we have our own Achilles heel in the form of the NATO TSC in Ulyanovsk ... If Moscow can talk about “Ulyanovsk profits”, then why not talk about “the profits of the Manas” Kyrgyz authorities?

In this regard, Atambayev’s desire to earn money on the interests of Americans in Central Asia (although Ambassador McFaul has assured everyone that such a concept as “US interests” is generally a contrived thing) cannot cause negativity by definition. “Ulyanovsk Syndrome” the opportunity to earn money on American trucking - as it turned out, the thing is infectious ... And whoever picked up this infection from (Moscow from Bishkek or Bishkek from Moscow) can be argued for a very long time.

But if so, then it turns out that the acceptance or non-acceptance of Kyrgyzstan into the Customs Union is a thing that is far from political background. The main thing that can become an obstacle to the entry of this state into the union, in which Belarus, Kazakhstan and Russia already belong, is a purely economy. And she, it must be admitted, in Kyrgyzstan is clearly far from even overly averaged parameters of the Customs Union.

But the Customs Union is still an organization that is called upon to bureaucratize (as far as it is possible in today's realities) a system of mutual trade, and therefore a single customs space, seemingly, should, by definition, benefit. There is a truth, and here is a nuance: simplification of customs procedures with the same Kyrgyzstan, as experts believe, may entail an even greater influx of labor migrants from this Central Asian state, for example, to Russia. With all due respect to Kyrgyzstan, while the standard of living here is much lower than in any of the three countries of the Customs Union, which means that the classical law can work: people can simply go to a place where life is better if customs barriers are removed. But we must not forget that today Kyrgyzstan appears in many reports as a solid transit point for Afghan heroin (and that very base in Manas can play a significant role here). And getting another drug source, and even with self-destruction of the barriers to drug trafficking across the territory of Kyrgyzstan, is already a matter of real concern.

Apparently, the economy and drug traffic are the reasons why the full-fledged entry of Kyrgyzstan into the Customs Union is still being postponed. But, as they say, the Kyrgyz authorities decided to take the initiative here too. So, last week, the very Omurbek Babanov, who held a meeting with Dmitry Medvedev, decided to arrange a cardinal purge in the Kyrgyz State Drug Control Service. Several high-ranking drug police officers have lost their posts: Vitaly Ozoraliev (head of the Kyrgyz Republican Drug Control Service), Damir Sagynbayev and Daniyar Otorbaev (both are Ozoraliev’s deputies). It is reported that control over the activities of the State Drug Control Service itself was entrusted more than a year ago by Atambayev himself, and during this time the hard-hitting aspects of the work of the top managers of the DSCC were found out. However, it should be noted that the dismissed themselves said that they were removed from their posts only on the basis of the gossip of the enemies. In general, lies and provocation ... Well, what was left for them to say: was it really possible that the prevention of drug trafficking through the territory of Kyrgyzstan was part of their earnings ...

In general, with all the rough edges of Moscow’s relations with official Bishkek, one can expect that the “road map” will lead to the fact that Kyrgyzstan will still become the fourth member of the Customs Union. Well, what will this accession result in? This is already a question ... The main thing is that the Customs Union does not turn into an analogue of the Eurozone as a result, where the entrances are brought to the point that the authorities of some European countries today do not know how from this “special regime zone” insolvent comrades "gently ask" ...