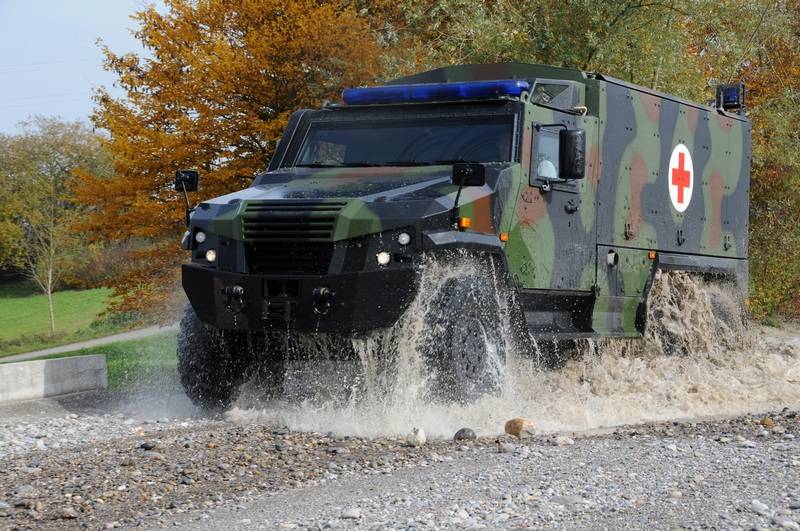 
According to the contract concluded on April 15, the Bundeswehr will receive 80 new Eagle 6x6 wheeled armored vehicles. Delivery should begin in 2021 and end in 2024. The Swiss armored cars will be converted into a medical version at German enterprises in Kaiserslautern and Sembach.

The total combat weight of the Eagle 6x6 is 15 tons, length - 7 meters. The armored car can accommodate 14 people (maximum). A 6-liter Cummins ISB6.7 E3 6,7-liter diesel engine with 285 horsepower combined with a 5-speed Allison 2500 SP automatic transmission is installed. Speed ​​on the highway up to 110 km / h, range up to 700 km. The internal height of the airborne compartment in the version of the medical machine is 1,8 m.
Ctrl Enter
Noticed a mistake Highlight text and press. Ctrl + Enter
We are
Swiss army buys intelligence vehicles based on Eagle 6x6Plans to cut armored vehicles of the US Army class MRAP
20 comments
Information
Dear reader, to leave comments on the publication, you must to register.