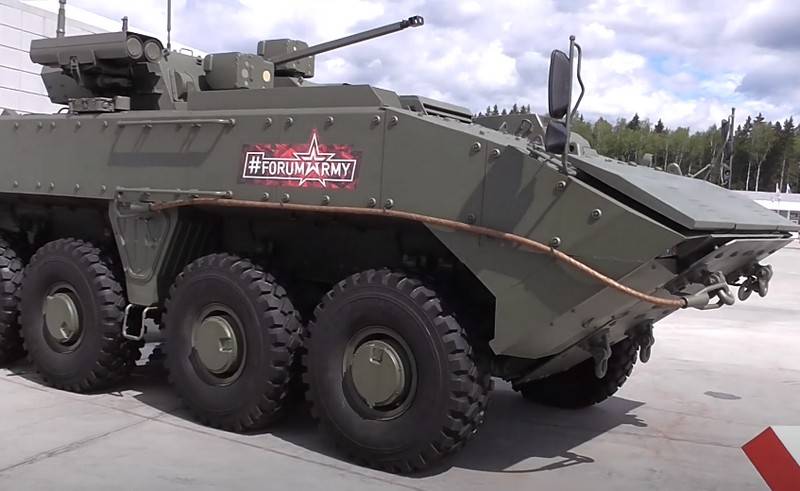 Russia has launched a program to promote the export of armored vehicles on the Boomerang platform. This was reported by the press service of Rosoboronexport.


According to the report, countries in Africa, the Middle East, Southeast Asia and the CIS showed interest in the new armored vehicles. In the future, the volume of export deliveries of Boomerang is estimated at one billion dollars. At the same time, it is not specified what kind of equipment will be delivered abroad and when it is planned to sign the first contracts.

Recall that the Boomerang platform was created by order of the Russian Ministry of Defense. As previously reported, on the basis of this platform it is possible to create a whole family of combat vehicles, starting from BMP-BTR and wheeled tanksto command post and medical vehicles. Platform-based equipment can be used not only in the military, but also in the civilian sphere.

Preliminary tests of prototypes of the K-16 armored personnel carrier (BTR) and the K-17 infantry fighting vehicle (BMP) on the promising Boomerang wheeled chassis ended last December. Armored vehicles will go to the troops only after passing state tests, specific dates are not called.

We are in Yandex Zen
Reports from the militia of New Russia for 29 August 2014 of the year
Sergey Chemezov: Rosoboronexport is steadily increasing sales of military products
83 comments
Information
Dear reader, to leave comments on the publication, you must to register.