Thousands of LDN miners will be on the street? 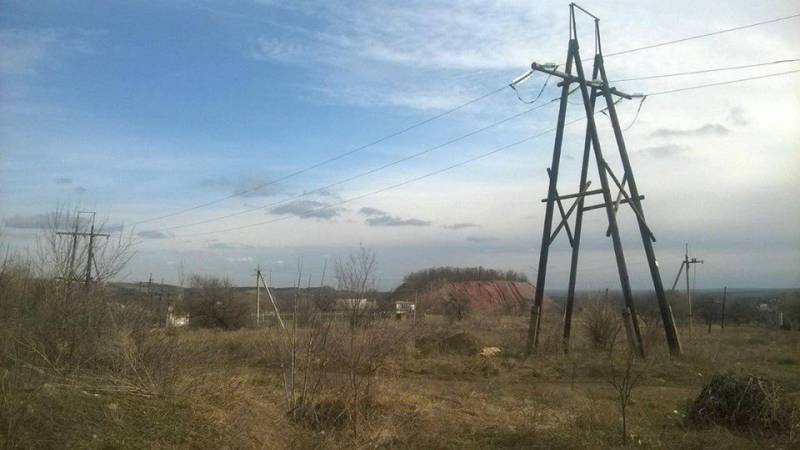 Down with external management

In LPR announced the reorganization of the coal industry. Soon a similar program will be implemented in Donetsk. The essence of what is happening is simple: Donetsk and Lugansk take the enterprises out of the external management carried out by Vneshtorgservice CJSC, which is controlled by the fugitive Ukrainian oligarch Sergey Kurchenko, and turn them into a state-owned unitary enterprise. From now on, the republics themselves will find markets for the extracted fuel and export, distribute the profits and pay the miners a salary. The only problem is that part of the mines due to their low and negative profitability will be stopped and mothballed, and the miners will lose their jobs.

As far as is known, in the LPR the work of the Nikanorovo-Novaya mine in Zorinsk will be temporarily suspended, one mine will stop each in Lugansk, Rovenky, Anthracite and Yuryevka. The DNR list is not yet available.

So far, according to the official version, the work of the mines is suspended until February 1, 2021. During this time, the government should decide whether to invest in the modernization or restoration of enterprises. At the same time, it is likely that after a shutdown, production in these mines will no longer be restored.

Where do the miners go?

“At present, we can make at least two offers in terms of employment for each employee who is released. The program that we are developing is based primarily on the experience of the Russian Federation, which has passed the difficult path of liquidating unprofitable coal mining enterprises. Therefore, we took the experience of the Russian Federation as a basis, and we are implementing this program in several directions. First of all, this is the filling of vacant posts. We have vacant positions at state enterprises, in housing and communal services, at road infrastructure enterprises, transport enterprises, and budgetary institutions. Salaries at such enterprises will be no less than the current. ”
The minister also promised the “released" miners the right to early retirement - three years before the deadline established by law.

“At the same time, such employees will be credited with the length of service at the mining enterprise, for which a single contribution to compulsory state social insurance has not been paid,”
- said Podlipaeva.

The official also promised to stimulate the increase in the number of jobs in the republic especially for miners. True, she did not explain how this goal would be achieved.

It would be promised ...

It is not clear what exactly the Minister of Economic Development of the LPR Svetlana Podlipaeva is talking about. It is clear that in the state and budgetary spheres in the LPR, salaries practically correspond to the salaries of miners, but it is not clear who, except for technical workers (who receive the minimum wage), they will be able to work in education, medicine, culture or the city administration. The idea, to put it mildly, looks utopian, as well as the promise to stimulate the creation of new jobs in the private sector specifically for miners. Maybe then immediately employ the dismissed miners in the Ministry of Labor or in local newspapers and the State Television and Radio Broadcasting Company?

The idea of ​​employing miners in the housing sector or as road workers seems a little less dubious. Not only do they not have the appropriate qualifications (or is it no longer needed?), But the salaries in this industry are significantly lower than that of miners - at the level of 6-10 thousand rubles. That is, the miners, who are already poor, will have to tighten their belts even more or go to work in Russian mines, where they pay about 40-50 thousand rubles a month.

It is clear that there is no room for maneuver in Lugansk and Donetsk. For several years they sought the prerogative of independent export management, and today, when the goal is achieved, a return back is undesirable and, most likely, impossible. It is also quite obvious that after the “effective managers” from Vneshtorgservice, some of the mines are brought to a state where they can no longer make a profit. Obviously, these mines need to be stopped - either for modernization, or forever, and miners should be tried to find employment somewhere in another sector.

The only question is why, instead of a rational, systematic approach to the problem, the head of the LNR Ministry of Labor is demonstrating some New Vasyuki, thereby suggesting that the government is not ready to offer any real alternative to the miners and that soon thousands of breadwinners will be on the streets? Well, neither the budget sphere, nor the civil service will accept them, whatever one may say. Unless they go to helpers, not otherwise. Frankly, today Podlipaeva’s projects seem unviable.

It is likely that if the government of the republics does not immediately come up with normal employment, the miners will be forced to look for themselves either in the ranks of the people's militia, which is constantly experiencing a shortage of personnel, or go to work in Russia (in Ukraine, the coal industry has successfully passed away). As a result, LDNR can acquire additional revenues in the form of taxes and profits from the sale of coal, while losing a part of the working population.

Ctrl Enter
Noticed a mistake Highlight text and press. Ctrl + Enter
We are
The end of the Kurchenko empire in LDN? The oligarch loses a monopoly on coal of DonbassVneshtorgservice: an empire in the midst of an unrecognized republic
83 comments
Information
Dear reader, to leave comments on the publication, you must to register.