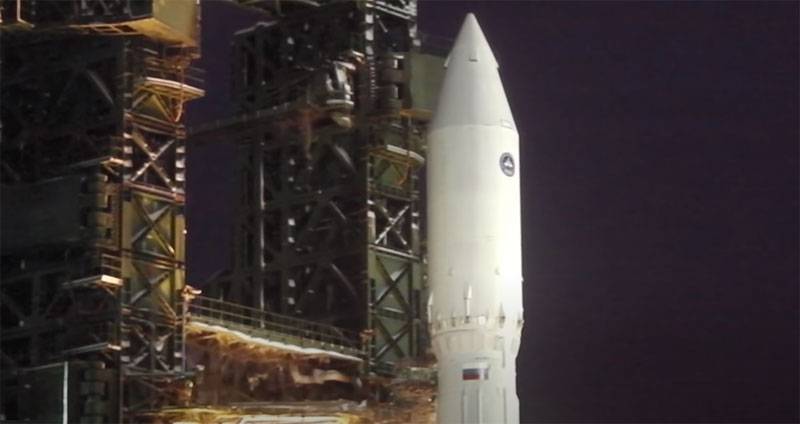 It is reported that Roscosmos’s plans for funding the development, creation and testing of the latest Angara-class launch vehicles (launch vehicles) are being reported.


According to RIA News, Roskosmos wants to increase funding by about 2,5 times. We are talking about an amount of 65 billion rubles.

It is reported that the initial project as part of the Amur development project involved the allocation of a little more than 26 million rubles.

The objective of the project is to create a heavy-class launch vehicle for the Vostochny spaceport. The same amount should have included the conduct of flight tests of the "Angara-A5", related to the mentioned heavy class. The number of such flight tests is three.

At the same time, there is no data on why Roscosmos needed such a significant increase in program funding.

The same source of information writes about Roskosmos’s intentions to create modernized versions of Angara missiles. For example, we are talking about the Angara-A5V heavy-duty rocket, as well as the Angara-A5M version.

Recall that on the basis of previously approved plans, the launch of Angara-A5 is scheduled to be completed before the end of this year. This launch will be the second. The first was implemented back in 2014.

At that time, the Angara-1.2 rocket was launched.

For reference: "Angara-A5" has a launch mass of 773 tons with a length of more than 55 m. The discharged weight in the low reference orbit is 24,5 tons, in the geostationary - about 4,6 tons.
Ctrl Enter
Noticed a mistake Highlight text and press. Ctrl + Enter
We are
New attempt to divide BaikonurAnother satellite crashed without reaching the specified orbit
66 comments
Information
Dear reader, to leave comments on the publication, you must to register.