The last battle of capitalism? 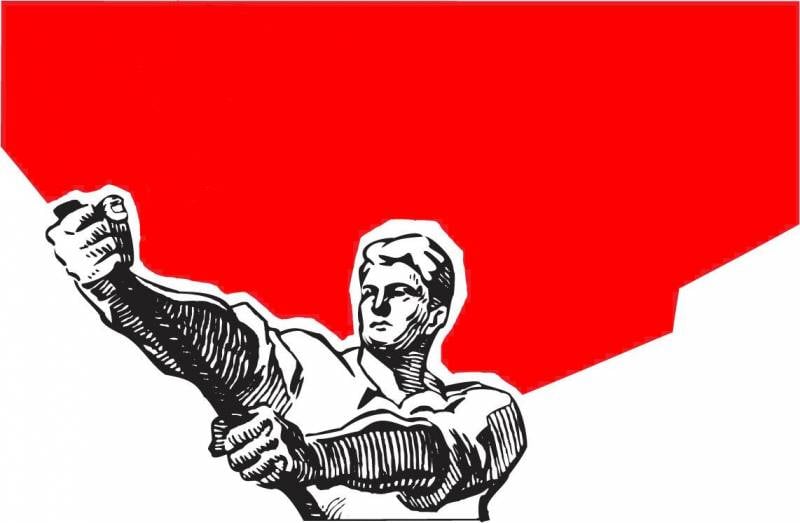 It is difficult to say which of the global systems that seemed to be unshakable until this year was caused by the global pandemic COVID-19. Medicine and education, transport and industry, finance and markets - all this literally bursts at the seams, and in some places it is already collapsing. However, not everywhere ... The farther, the louder the voices of those who undertake to assert: the current test, which has befallen humanity, will be a sentence primarily of the bourgeois, capitalist structure - both economic and social. But is that so? Is the capitalist system fighting the last battle?

It would seem that at the current stage of the new “coronavirus” reality, everything is already very clear. The state with the smallest losses (human, social, economic) that went through the epidemic crisis was socialist China, where power is completely owned by the Communist Party. And this despite the fact that the first blow of the disease hit the country - sudden and crushing. It would be incorrect to say that Chinese doctors and managers entered into a fight with this disaster, being completely unprepared for it. The country at one time experienced an outbreak of SARS, in many ways similar to COVID-19.

On the other hand, in 2002-2003, not only the Celestial Empire faced this scourge. However, the rest of the countries (with the possible exception of Vietnam), apparently, did not draw any far-reaching conclusions from that epidemic and were completely unprepared for its repetition in an even worse version. Another question: could they do this in principle? Where purely market interests are at the forefront, where government regulation is lacking even in such critical areas as healthcare, the production of medicines and medical equipment, this is hardly realistic. Also, as it turned out, developed democracies do not contribute to many of the most important aspects of ensuring the security of citizens and the country.

The lack of planning, market freedoms, and much more than the modern world of victorious capitalism boasted of, suddenly turned out to be not good, but evil. Moreover, it was worth coming to the present tests, as it turned out that the whole social orientation of Western society, the liberal democratic values ​​declared by it, are nothing but a lie and a lie. Hundreds of millions of people around the world suddenly realized that in reality they have nothing but debts, loans, mortgages and a slave collar in the form of having to work hard daily for a piece of daily bread. The illusion of virtual wealth and virtual values ​​shattered to pieces when faced with forced quarantine.

People finally realized that living in a world without guarantees (without guaranteed medical care, benefits, or at least food ration at the time of the cataclysm, without guaranteed protection and help) is very scary. And deadly. But all this, in fact, can give a person only a socialist system. Not the parodies of him that were built by the richest countries of the West, today are the same as everyone who is bending from a pandemic, horrifiedly waiting for its economic and social consequences, but the real one, albeit with a rather peculiar model, can terrify the classics of Marxism- Leninism that exists in China.

So what? The world, having recovered from the pandemic and finding itself in the arms of a severe crisis and recession, will stand amid the red banners and set off to overthrow the exploiters in order to finally establish a society of true universal justice and security? Let's not rush. Firstly in stories humanity has already had a very, very similar period - a century ago. Then it survived the First World War, again the terrible epidemic of the “Spaniard” and had before its eyes the world's first socialist state - the USSR, from a certain point in time it was much more successful in dealing with the challenges than the capital countries surrounding it. So it was, especially from the moment the Great Depression swept the world. From the very same United States sought to get to our country, fleeing unemployment, poverty and starvation. Nevertheless, the collapse of the global capitalist system, the world revolution, about which the political opponents of Stalin so dreamed, did not happen.

The socialist camp was created only after the victory of the Soviet Union in the Great Patriotic War and thanks to this victory. Yes, and existed, by historical standards, he, alas, did not last long. We have to admit: the ideas and values ​​that underpin the world order are truly profitable, in fact, by some 1-2% of the world's population, are extremely tenacious. First of all, perhaps, because they appeal to the most, to put it mildly, mundane and, therefore, persistent human instincts. The cult of consumption, individualism, freedom, which is, in essence, a rejection of any moral principles and prohibitions ... What is there to hide, all this easily resonates with human souls.

We must not forget that the true creators and masters of the present world will by no means agree to give everything that has been acquired through the overwork of millions and billions of people who have been deceived by them. One hundred years ago, to destroy not only the first state on the planet of workers and peasants, but also the very idea that made it possible, they created their own version of socialism - with the prefix "national." How it all ended, we will never forget. What kind of monster can the global capitalist system mortally wounded by a pandemic bring about today, one can only guess. In the ruins, which seemed to some people a pastoral of post-industrial civilization, anything can arise.

In any case, capitalism as an economic and social system, as a social idea without a fight will certainly not give up. And this battle may be worse than the battle with the coronavirus. Will this fight be the last? You need to wait to draw conclusions.