I know and will remember. And I'm proud 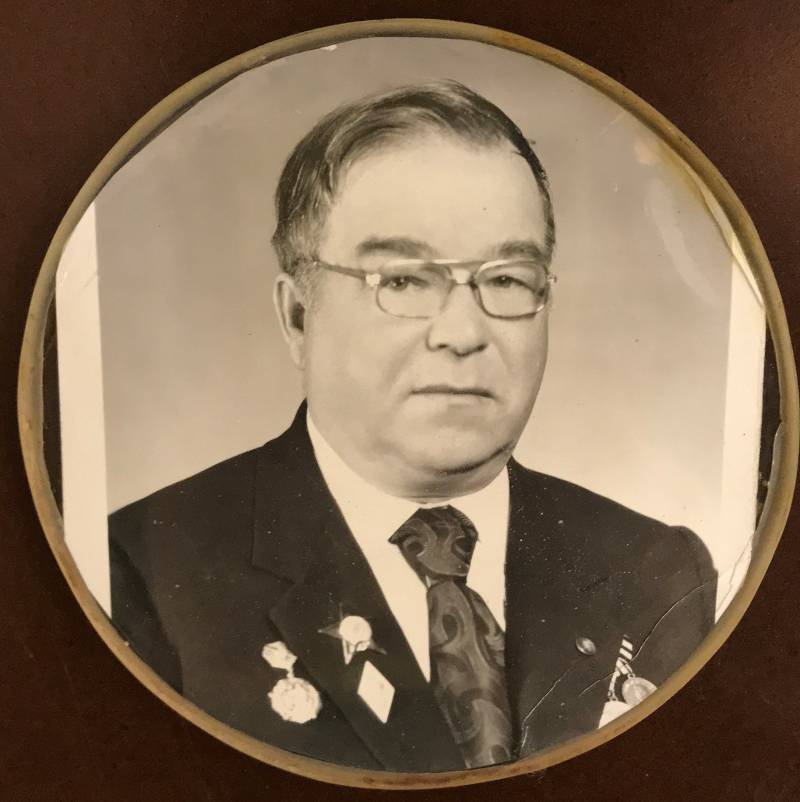 My great-grandfather, Alexander Potapovich Asmolov, took part in the Great Patriotic War. The war began a week after his birthday. June 15 he turned 27 years old, and June 23, 1941 Pyatigorsk GVK, he was called up for war.

From June 1941 to March 1943 he was on the Southwestern Front as a political instructor of a company of the 13th separate railway brigade. During the battles of 1941, the troops of the Southwestern Front, which included 13 railway brigades, repelled the attacks of the German Army Group "South", tried to launch a counterattack in a tank battle near Dubno - Lutsk - Brody. 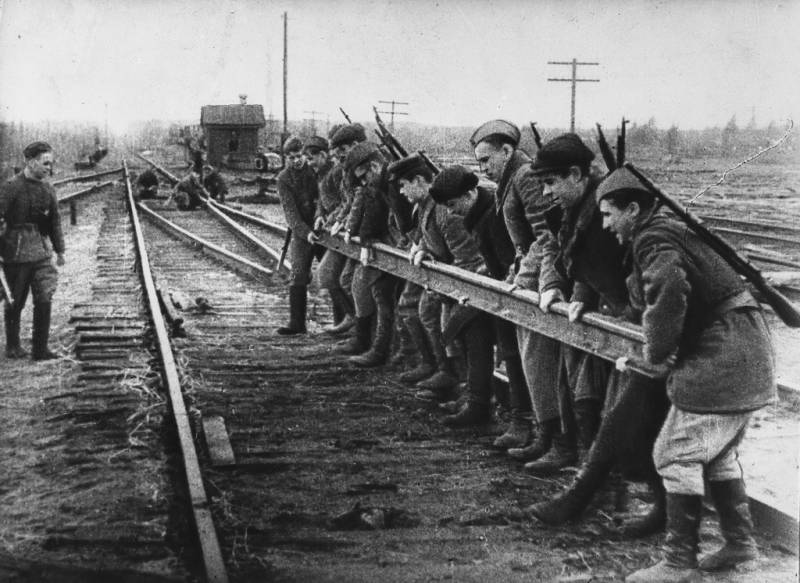 In mid-July, the South-Western Front managed to stop the enemy near Kiev, and in the second half of July - early August, in collaboration with the Southern Front, thwarted his attempt to defeat Soviet troops in Right-Bank Ukraine. But in September – November 1941, the remaining forces of the Southwestern Front were forced to withdraw to the line east of Kursk, Kharkov, and Raisins. The front also participated in the Donbass defensive operation.

On October 25, 1942, at the junction of the Don Front and the Voronezh Front, the South-Western Front of the second formation was created. The troops of the Southwestern Front, where great-grandfather also fought, took part in the Battle of Stalingrad and surrounded by a group of German troops near Stalingrad (operation "Uranus").

Great-grandfather participated in the Middle Don offensive operation of 1942, and then there were the Ostrogozh-Rossoshansk and Voroshilovgrad offensive operations of 1943, the liberation of Donbass and new heavy battles near Kharkov in the spring of 1943. On October 20, 1943, the Southwestern Front was renamed the Third Ukrainian Front.

When I first saw such a list of battles, I thought that my great-grandfather was lucky to manage without injuries for so long, and yet he remained practically at the forefront as a battalion agitator. During the Battle of the Dnieper in October – November 1943, troops of the Third Ukrainian Front liberated the cities of Dnepropetrovsk and Dneprodzerzhinsk, and advanced 50-60 km west of the Dnieper. 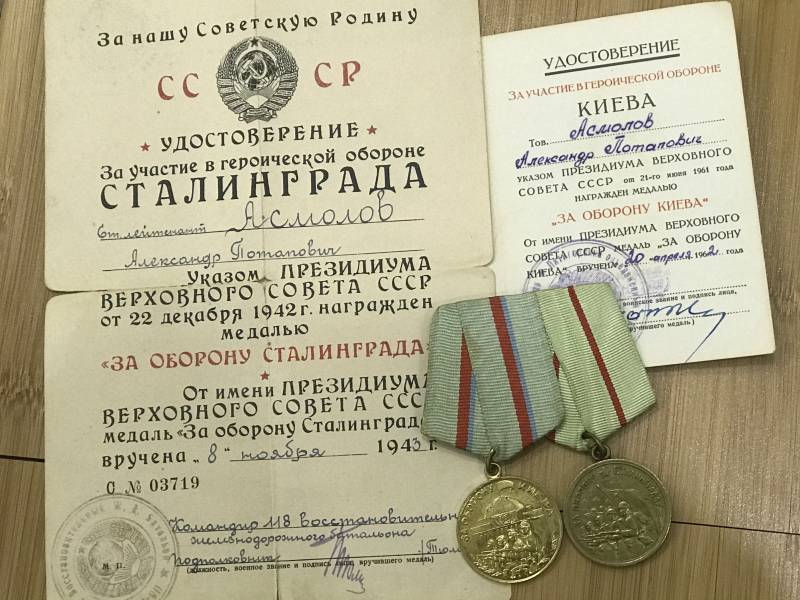 By the end of December 1943, together with the Second Ukrainian Front, units of the Third Ukrainian Front were holding a large strategic bridgehead on the Dnieper. When the Right-Bank Ukraine was liberated, the front forces, in cooperation with the Fourth Ukrainian Front, carried out the Nikopol-Krivorozhsky operation, went to the Ingulets river, from where they launched an offensive in the Nikolaev-Odessa direction in March-April 1944.

Thank you great-grandfather for his contribution to the Great Victory!

During this period, while working as an agitator for the battalion, his great-grandfather showed himself to be a brave, decisive and proactive officer. At the railway sections Katavsk - Odessa, Zilani - Krustpils, Riga - Tukums - Vindava, as well as during the restoration of the Tukums junction II of the Riga - Tukums railway section, he assumed great responsibility to personally lead the civilian population.

All orders were executed ahead of schedule. For me, these are very important events from his biography, because managing people, taking responsibility for their lives, especially in such difficult times, is the best feature of a leader who has managed to gather people around him and give them the opportunity to trust!

During restoration work on the Loshkarevka-Apostolovo railway section, showing examples of dedication and genuine heroism, the great-grandfather mobilized the local population to restore Art. Loshkarevka, which greatly accelerated the execution of the order. This territory was subjected to mortar attacks, many sites were very dangerous, but great-grandfather was always ready for labor exploits! And once, when fulfilling an assignment, his great-grandfather wounded him with a shrapnel. According to the surviving certificate from the hospital, I learned that on January 22, 1944, my great-grandfather received a minor shrapnel wound in his right shoulder.

He stayed in the hospital not too long - a month. The award sheet indicates:

“For the excellent mobilization and involvement of the local population in restoration work, he deserves a government award.”
Great-grandfather was awarded the Order of the Red Star. Then, from April 1944 to May 1945, he was transferred to the Leningrad and 2nd Baltic Front, and again to the post of battalion agitator. 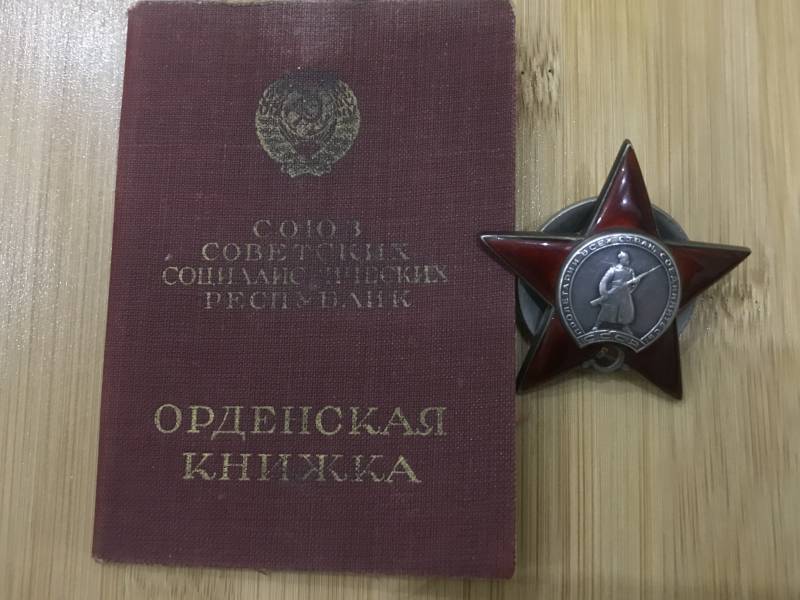 In June 1944, the Leningrad Front, with the participation of the Baltic Front, Ladoga and Onega military flotillas, successfully carried out the Vyborg operation, as a result of which Finland was forced to withdraw from the war on the side of Germany. Great-grandfather also participated in the Baltic operation, which the front carried out in September-November 1944, liberating the continental part of Estonia.

In the fall of 1944, the troops of the Leningrad Front in cooperation with the Baltic fleet they cleared the islands of the Moonsund archipelago from the enemy, and this was the end of the active fighting of the front. The troops took up positions on the Soviet-Finnish border and the coast of the Baltic Sea from Leningrad to Riga. 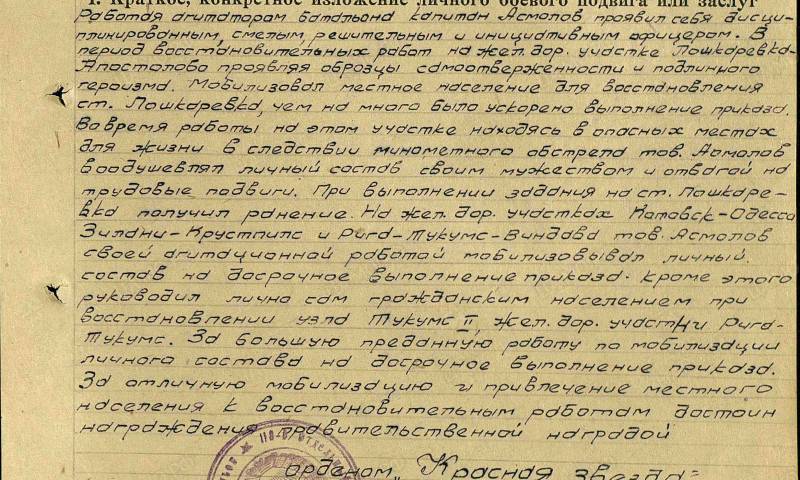 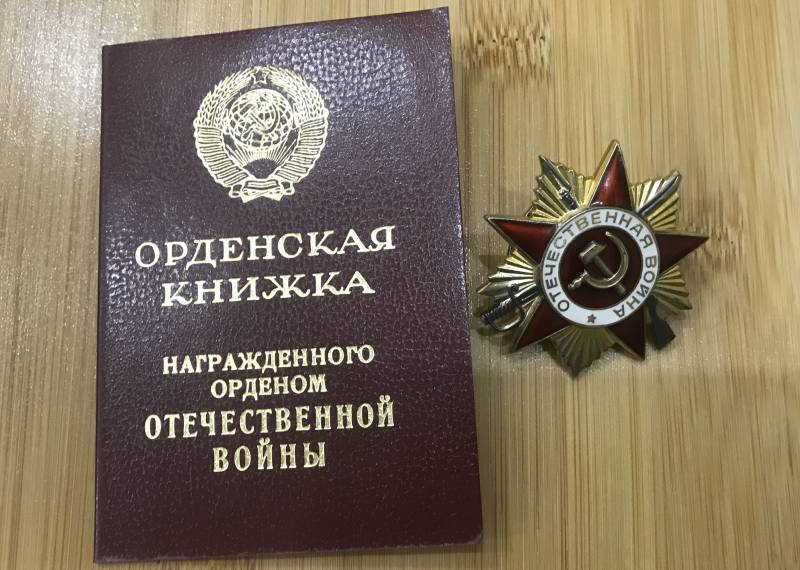 My great-grandfather ended the war not in Berlin and not in Vienna, but on the shores of the Baltic. He was awarded two orders and several medals: orders of the Red Star and World War I degree, medals "For the victory over Germany in the Great Patriotic War of 1941-1945", "For the defense of Kiev" and "For the defense of Stalingrad."

I am proud that my great-grandfather contributed to this Great Victory! Perhaps not the largest, but for our family - so important!

We are in Yandex Zen
Vladimir Khazov. Hero of battles near Olkhovatka
"Cauldrons" of 1941. What happened
11 comments
Information
Dear reader, to leave comments on the publication, you must to register.