Why is the Tu-95 still in service: arguments and reasoning 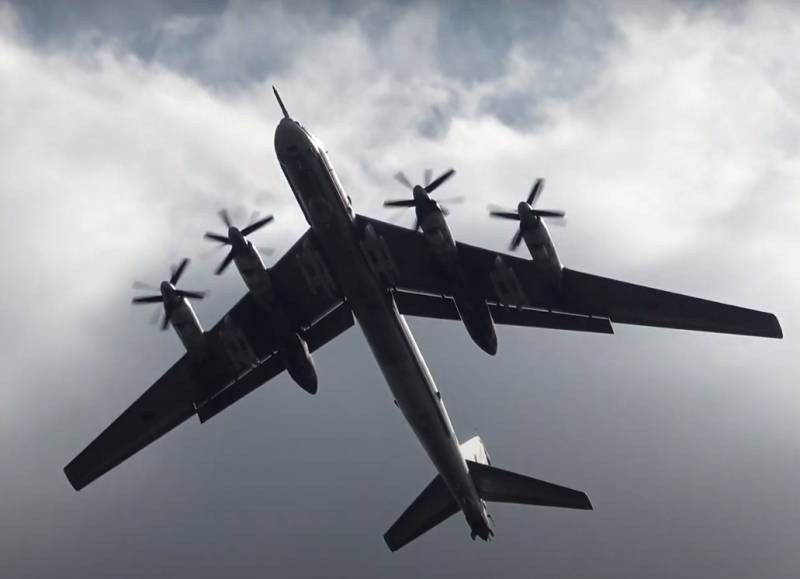 The legendary Soviet and Russian strategic bomber Tu-95 in the West is called the "Bear". For more than 60 years, this wonderful aircraft has been in the arsenal of the domestic air force and still remains in demand.


“Tu-95: an old Russian bomber that refuses to land” - this is how the American publication The National Interest entitled its recent article. The enthusiasm of the Americans by the Soviet-Russian plane is more than understandable. You do not often find planes in service, the operation of which began 64 years ago, even at the end of the first decade of the Cold War. Both then and now, the Tu-95 was a symbol of the parity of the USSR / Russia and the USA. But what does the famous “Bear” owe to such attention and why is it really too early for him to land?

There are many reasons.

The undoubted advantage of the Tu-95 is its lower fuel consumption than modern jet aircraft. High secrecy from SBIRS satellites designed to monitor strategic jet bombers is also crucial.

It is no coincidence that the American publication The National Interest, praising the “Russian Bear”, dissuades those who naively consider the Soviet bomber an obsolete aircraft, which has long been in the museum. Indeed, nothing is required of the Tu-95, except for the ability to fly over a long range.

The Tu-95 is armed with the latest X-101 cruise missiles, allowing the Tu-95 to strike outside the range of air defense systems. It is the modernization of weapons, combined with the ability to very long-range flight, ensure the relevance of the Tu-95, even in our time.

However, until recently, the US military considered the Tu-95 rather as a tool of nuclear deterrence, a symbol of Russia's ability to deliver nuclear strikes in the event of a global conflict. But life has shown that Americans were wrong. The Tu-95 was able to demonstrate its relevance in modern conditions thanks to the participation of the Russian Aerospace Forces in hostilities in Syria.

It was the Syrian events that showed that the Tu-95MS could well be used in modern local wars. So, on November 17-20, 2015, Tu-95MS aircraft hit Kh-55 cruise missiles at positions of the Islamic State organization banned in Russia. On November 17, 2016, the Tu-95MSM again hit Kh-101 cruise missiles at the bases of a terrorist group, and missile launches were carried out over the Mediterranean Sea.

On July 5, 2017, Tu-95MS aircraft took off from a Russian military airfield, flew with air refueling to the Syrian Arab Republic, where they again attacked the location of the Islamic State base and command. This time, the Tu-95MS hit militants from a distance of about 1000 km.

As you can see, the old Soviet aircraft, which were modernized already in our time, can be perfectly used today, and in local conflicts, which are a component of modern hybrid warfare. Replacing the "Bear" has not yet been invented, and it is not particularly needed: the "old man" quite successfully copes with his duties.

Ctrl Enter
Noticed a mistake Highlight text and press. Ctrl + Enter
We are
Situational analysis of the death of the MH17 flight (Malaysian Boeing 777), made on the basis of engineering analysis from 15.08.2014Results of the week. “In our cooperative, the board is always agreed”
147 comments
Information
Dear reader, to leave comments on the publication, you must to register.