Flying over the Liaoning: problems of the Chinese copy of the Su-33 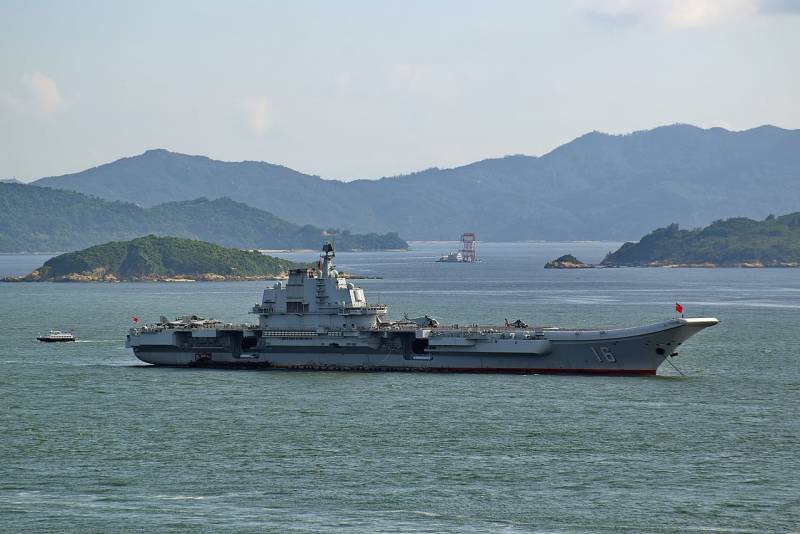 A little less than a year ago, Popular Mechanics reported that China surpassed the United States in the number of warships: according to experts, at that time, the Celestial Empire had thirteen warships more than the US Navy. For many then this was a signal of the loss of the status of the most powerful world power by the United States. But is this really so?

Everything, of course, is more complicated and does not rest on the nominal number of surface ships and submarines. Especially when it comes to the US Navy, which are used to taking not so much quantity as quality. “Unwind” a little back. After World War II, almost everyone understood that the basis of the tactical potential of a powerful modern fleet - These are aircraft carriers, or rather, large aircraft carriers. The most striking modern example is again the American Navy, which has ten aircraft carriers of the Nimitz type at its disposal, which will be gradually replaced by new ships of the Gerald R. Ford type, the first of which is already operational, although encounters with different problems.

The basis of the strike potential of an aircraft carrier are fighter-bombers. Now it is (with the US Navy) F / A-18E / F Super Hornet, and in the future the basis will be the new fifth-generation fighter F-35C. The states were "late" with the adoption of this deck on arms: he began to serve only in 2019, although the other two versions were put into operation a few years earlier. In total, approximately 90 aircraft and helicopters will serve on board the Gerald Ford, including, of course, the aforementioned F-35s. 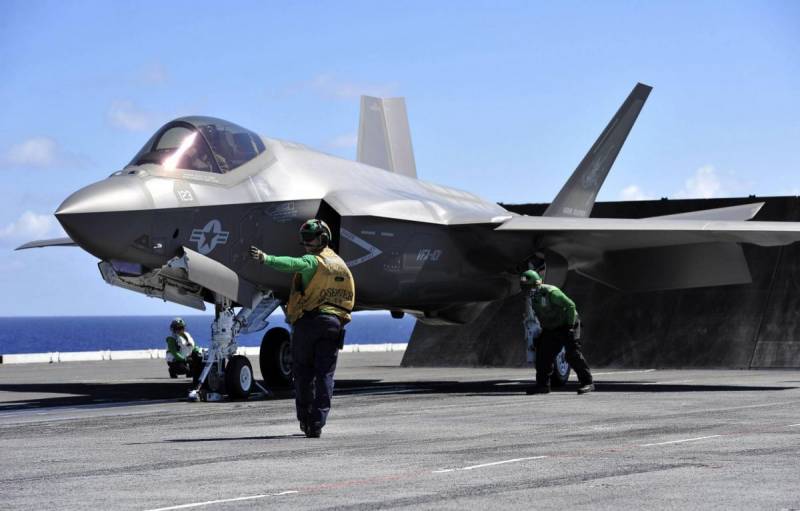 This example is needed in order to understand how difficult it will be for China to snatch real primacy at sea. Recall that now he has only two aircraft carriers in service: Liaoning and Shandong. The first one is the well-known second Soviet heavy aircraft carrier (TAVKR) project 1143.5, first named “Riga”, and then renamed “Varyag”.

The second is more interesting. If only because it is already a “Chinese” development. Recall, “Shandong” (aka the project “Project 001A”) was commissioned in December 2019. The Chinese ship can be called, of course, conditionally. Everyone who saw the Russian “Admiral Kuznetsov” in the photo will easily see the “kinship” between him and Shandong. China, however, needs to be given credit: the Chinese removed the completely unnecessary strike weapon in the face of the P-700 Granite missiles (or its conventional Chinese counterpart), leaving only defensive weapons. A smart move. Sorry, this can not be said about everything else. 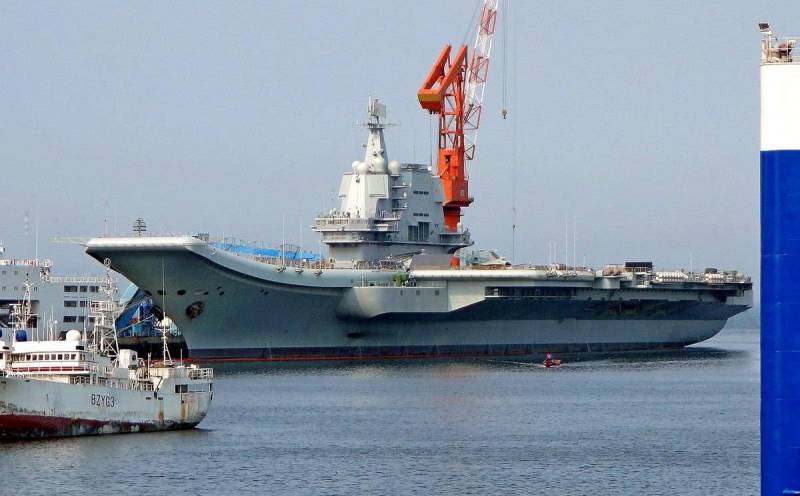 Recall that the basis of the strike potential of Shandong and Liaoning is a Shenyang J-15 fighter. This is an aircraft built on the basis of the Soviet decked Su-33, which in turn is a decked version of the Su-27. Earlier, China bought from Ukraine the T-10K, one of the first prototypes of the Su-33, but the Chinese themselves do not like to call it a “copy” of the Soviet aircraft, they say that we have before us the development of the Chinese J-11B. Which, however, is a copy of the Su-27th itself.

Be that as it may, there is no doubt that China has updated the electronics and equipped the car with the ability to use modern aviation weapons of destruction: at least by the standards of the post-Soviet space. From open sources, we know that an aircraft can probably carry up to eight medium-range PL-12 air-to-air missiles with an active homing radar. This in itself puts the J-15 at a level higher in combat capabilities than the Su-33, which in its arsenal does not carry missiles with the ARGSN, having outdated R-27 missiles with a passive homing radar as the basis for armament. She fetters the pilot in a maneuver after launch, not allowing to realize the principle of “shot-forgot”: at least if it comes to the final section of the flight of the rocket. On the other hand, we know that at least part of the Su-33 has undergone cost-effective modernization in recent years with an updated cockpit. This is already something. 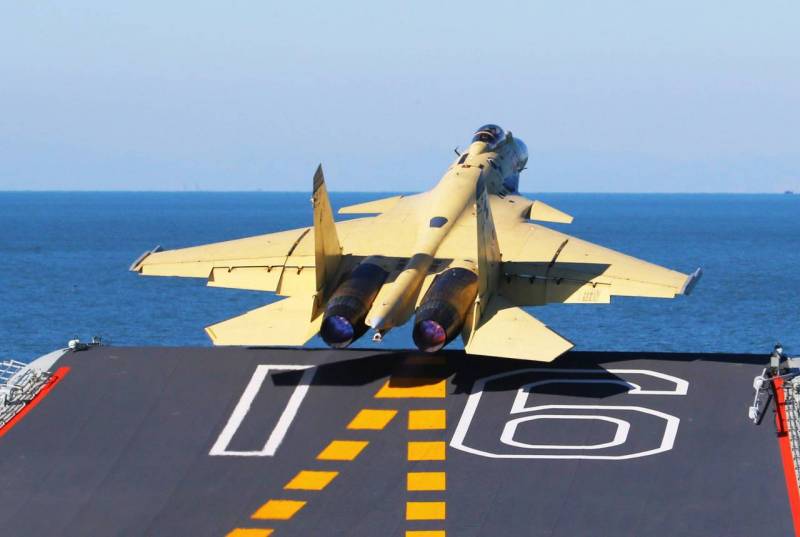 It is known that the J-15 aircraft can also carry melee air-to-air missiles, but we are much more interested in strike capabilities: the very ones that the original Su-33 is practically devoid of. China is not a state that will talk about all its bombs or missiles. However, in November last year, Jane's drew attention to a photograph where you can see a couple of J-15 aircraft. On it you can see the KD-88 air-to-surface missile, as well as the anti-radar YJ-91 or anti-ship YJ-91A. All this suggests that China has dramatically increased the capabilities of the J-15, bringing it closer to what generation four plus is called in Russia, Europe and the United States. 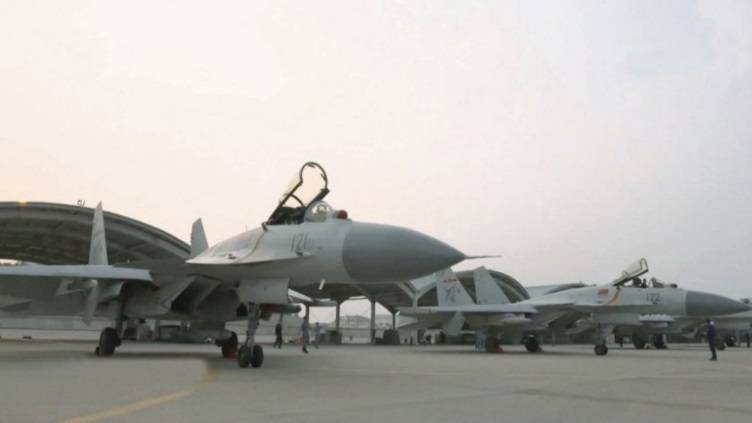 Again, it’s impossible to speak confidently about the belonging of a machine to one or another (sub) generation, but data from a number of media indicate that the aircraft will receive or have already received an airborne radar station with an active phased antenna array in favor of increased combat qualities compared to the Su-33 (AFAR). But the Russian Air Force, not to mention the Navy aviation, still does not have at its disposal a single fighter with a radar with AFAR. It was supposed to be the first serial Su-57 of the fifth generation, but it crashed during tests.

The problems have not gone away

Does this indicate the superiority of Chinese military aircraft over Russian? Not at all. In general, any data on Chinese military equipment can be both exaggerated and understated: these are the realities of a totalitarian state. Obviously, even through the prism of propaganda, not the most pleasant things for the Chinese side are visible. The traditional Chinese problem is engines. According to Western experts, the WS-15 engines created for the J-10 are notable for their low reliability, and in addition are not powerful enough for such a heavy machine. The Americans counted at least four J-15 crashes with a total number of fighter jets of this model at about 20-25 units.

One of the problems is the saturation of air with salt, which is fraught with problems for the glider and the engine of the aircraft. We also note that earlier The Asia Times wrote that the Chinese media often criticize the plane and call it "jumping fish" for the inability to work effectively from the deck of aircraft carriers. 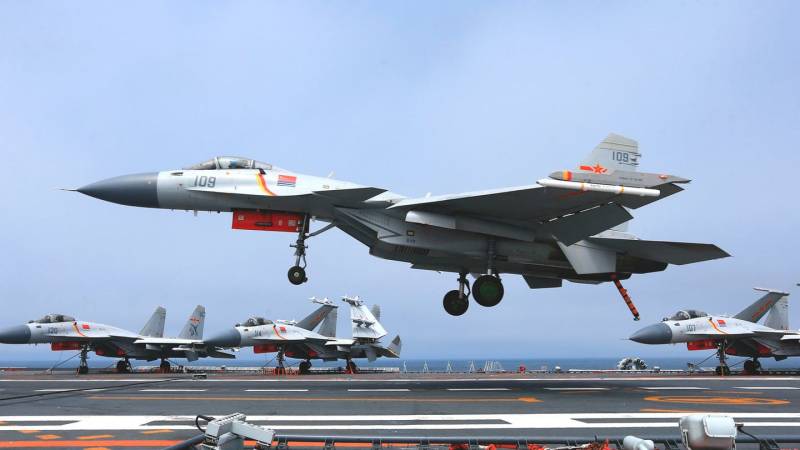 One can talk endlessly about various kinds of technical difficulties, “childhood diseases” (the aircraft was put into operation relatively recently), but this is not the main problem. The main thing is that the J-15 is too big for ships like Liaoning and Shandong, and is overweight. The normal take-off weight of the machine is 27 tons. For comparison: the American F / A-18E has 21 tons.

However, even this flaw (or rather, a “feature”) could have been closed if not for another conceptual problem - the lack of stealth technology. Nowadays, when all new fighters use it to one degree or another, the J-15 is becoming a machine of the last century. Earlier, the media called the promising fifth-generation Chinese J-31 as an alternative to it, but this aircraft is still under development and there is no information that it will be part of the Shandong or Liaoning aircraft groups. Or even go to the series someday. 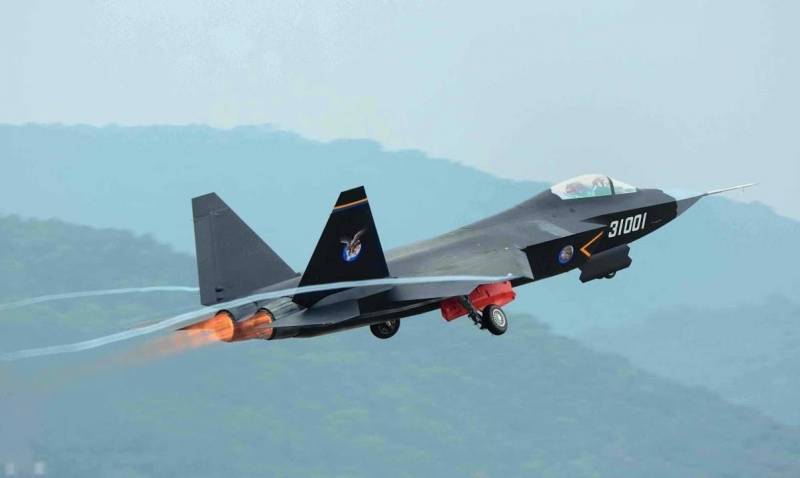 Thus, in the context of a geopolitical confrontation with the United States, the capabilities of China's carrier-based aviation look completely unsatisfactory, despite some improvements in the J-15 compared to the Su-33.

We are in Yandex Zen
An-12 in Afghanistan
MiG-21 in Afghanistan
69 comments
Information
Dear reader, to leave comments on the publication, you must to register.