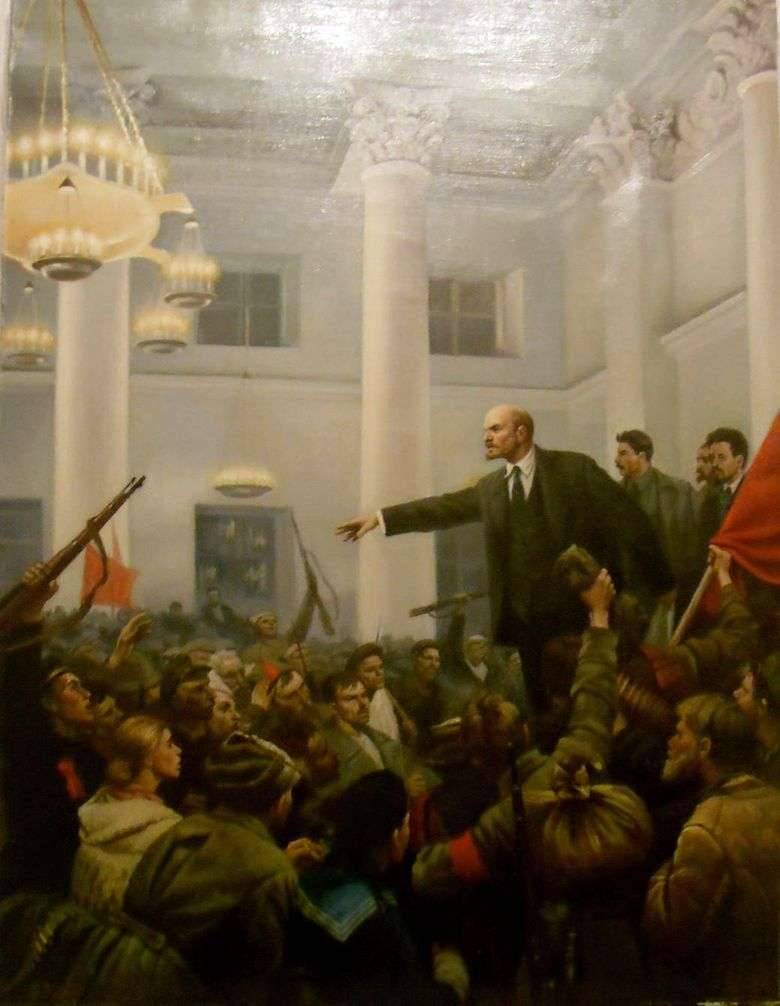 150 years ago, on April 22, 1870, Vladimir Ilyich Lenin (Ulyanov) was born. The leader of the socialist revolution, the founder of the USSR and the great project of civilization and the society of the future, where a person will be free from exploitation, will become a creator and creator, not a consumer slave.

Why hatred towards Lenin is cultivated in Russia

In Russia, the population, starting with children in schools, tried to form the image of the Bolsheviks - the destroyers of the Russian Empire, the revolutionary rebels guilty of the death of "old Russia", where everything was fine; in the destruction of the "elite" of society — clergy, nobility, officers, merchants, etc., Lenin and the Bolshevik commissars were portrayed as an unclean force that killed and trampled Holy Russia.

In general, from Lenin and the Bolsheviks since the 1990s, they have been sculpting the image of bloody lawless people, hired German intelligence, who destroyed Russian statehood, overthrew the autocracy, killed the tsar and his family, unleashed a bloody civil war, drowned the country in the blood of millions of innocent victims, to seize power. And after the victory, they set up a totalitarian concentration camp in Russia, the "evil empire" - the USSR.

Thus, the new Russian "elite", famously robbing the country and continuing to live on the legacy of Soviet civilization until our days, tried to hide uncomfortable questions from the people. After all, objective история the revolution of 1917 - February and October, the Civil War and subsequent events, right up to the era of "bloody Stalin", poses a threat to the awakening of the Russian people, who always stand for truth and social justice.

The fact is that it was not Lenin and the Bolsheviks who destroyed the Russian empire and autocracy. Lenin was in exile, had practically no influence in Russia until the February Revolution, and believed that he would not live to see the revolution. The Bolsheviks during the World War II were defeated, fled the country, thrown into prison, sent to exile. This was a small party, which until the fall of the autocracy had no serious influence in society. In the bourgeois elite of society, the Cadets and the Octobrists ruled, among the workers the Mensheviks, the peasants the Social Revolutionaries. With Lenin, as well as with the leaders of other revolutionary parties and movements, the Germans played their game. There was a war, Berlin used every opportunity to weaken the enemy. The revolutionaries led their game, everyone sought to deceive each other. In addition, do not forget that their game with the revolutionaries was the tsarist "secret police" and intelligence of the Russian Empire. There is even a version that some of the Bolsheviks worked in the interests of the tsar’s intelligence services.

The truth is that the Russian autocracy and the Russian empire were not killed by the Leninist commissars, but by the top of “old Russia” —the great princes and aristocrats, generals and dignitaries, members of the Duma and leaders of leading parties, bankers and industrialists, the bourgeoisie and the liberal intelligentsia. Even churchmen took part in this business. The prosperous, prosperous and educated part of Russian society wanted to live “like in the West”, to arrange a “sweet” Holland, England or France in Russia. Without a king, autocracy, feudal “remnants”, with rights and freedoms. Create a parliamentary republic. Make Russia a part of European civilization. The old dream of the Westerners. In 1917, they were revolutionary revolutionaries.

High-ranking and well-to-do Februaryists destroyed the autocracy and opened Pandora's box. Deep-seated contradictions and faults have been accumulating in Russia for centuries. Autocracy and a strong army were the last bonds that held back chaos. The Westernist Westerners destroyed them. The Russian troubles began. The war of the city and the village. Criminal revolution. Intervention. The war of red and white projects. "Parade of sovereignty."

Lenin and the Bolsheviks saved the Russian civilization

The tsarist government, having bought into the tricks of the West and got involved in a world war, and then the Provisional government brought civilization, power and people to death. The civil war began already under the rule of the Februaryists, like the peasant war, the war of the city and village. The interim government finished off the imperial army, destroyed the control system. The country was falling apart. Separatists and nationalists, including the Cossacks, who announced that they were a separate people, pulled Russia apart. None of the main issues have been resolved. Bloody unrest and the intervention of external forces put an end to the Russian world and people.

Only the October Revolution saved Russia. Lenin and the Bolsheviks. The Russian Communists took power, which simply lay in the mud. They answered the main questions: peace - to the peoples, land - to the peasants, factories - to the workers, power - to the Soviets, democracy, the right of nations to self-determination. The Russian Communists decisively broke with the past world, did not try to resurrect the corpse. However, they offered the people a new reality and a new world. The Bolsheviks turned out to be the image of a new world, attractive to the vast majority of the people (workers, peasants, part of the Cossacks and officers), they had iron will, energy, faith and organization.

The communist ideal coincided with the “matrix-code” of Russian civilization and people. It was a commune community of people living in conscience and truth. A world without exploitation of man by man, without social parasitism. It is no accident that the ideas of communism coincided with the thoughts of many Russian, Christian-minded philosopher thinkers. The Bolsheviks were for social justice, rejected the spirit of robbery, appropriation and parasitism (predatory capitalism). Communism stood on the ethics of honest work, solidarity, collegiality, the unity of society in the cause of creation, which also corresponded to the foundations of the Russian world. Also present were the ideas of the primacy of truth over the law, spiritual over the material. It was a super idea of ​​a new society of the future. Factories, institutes and laboratories instead of taverns and brothels.

Thus, Lenin and the Russian Communists proposed a red draft to the people. They became the only force that, after the civilizational and state disaster of 1917, proposed a new reality that was close to the “Russian matrix”. Thus, they saved Russian civilization and the people from complete destruction, fading away as the “nutrient broth" for other projects (the West), civilizations and states. They gave Russia a new breath and life. They created the Soviet project, the civilization of the future. 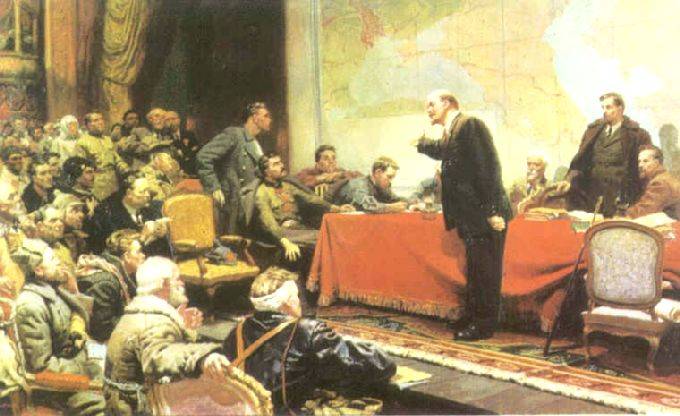 The man who changed the world

Lenin saved Russia from collapse. The Russian Communists crushed the turmoil with an iron hand. They defeated the white project - an attempt to restore bourgeois society, capitalism. They were able to crush the village, which opposed any state and government. Crime prevailed, although the fight against gangs dragged on. They defeated the separatists, including the Basmachi (the forerunner of the current jihadists). The interventionist forces — all the great powers of that time — forced them to get out. Lenin and the Bolsheviks laid the foundation of a new Russian great power - the USSR.

Under Lenin, labor people began to receive free housing and free education for the first time - the children of peasants and workers became officers, marshals, ministers, professors, doctors of science, designers, inventors, teachers and doctors. Leninists were the first in Europe to introduce an 8-hour work day, eliminate the brutal exploitation of the working class, and introduce paid annual leave, which did not exist before. The Bolsheviks introduced the universal right to free medical care and full social insurance. That is, all the achievements of the welfare state, which the current plutocrat capitalists consistently destroy.

Lenin became the creator of a social state, a symbol of social justice, which showed all of humanity that you can create a new world, challenge the ruthless world of exploitation and slavery. The mere appearance of social guarantees in Russia, the creation of a state of workers and peasants led to the world revolution. Across the world, oppressed and enslaved peoples sought freedom and social transformation. The world of capitalism had to hide its predatory grin while the Soviet Union was in the world.

In modern Russia, following the neo-Nazis and thieves-oligarchs of Ukraine, attempts are regularly made to complete the desovetization process that began in the 90s. "Bury" Lenin. At the same time, representatives of the bourgeois “elite” of the Russian Federation forget that Lenin is a man of global proportions. Thanks to the Great October Revolution, the whole of world history has changed. Many peoples and countries received freedom and unprecedented rights. Lenin is a great philosopher and thinker, economist and sociologist, statesman and politician. Against the backdrop of today's dummy politicians, deceivers and talkers, Lenin is a real titan.

Obviously, the bourgeois "elite", including the bureaucracy and the liberal intelligentsia, which is pleased with Russia's place in the world (a raw materials appendage, the semi-colonial periphery of the Western capitalist world), is frightened by the theoretical and practical legacy of Lenin and Stalin. Frightening growth in their popularity among the people. They do not like that in this heritage there is a way out of the current crisis and the approaching turmoil. A new socialist project with people's self-organization and the transfer of power to the people's Soviets, the nationalization of the financial system, banks and strategic industries. With the slogan of social justice! With the abandonment of the Western model - predatory, parasitic, from the Western consumer society - the "golden calf." With the creation of his Russian world, the reunion of all Russian lands. The creation of a “golden age” society, a society where a person is a creator, a creator.

Hence the hatred of the current bourgeoisie, capitalists and their henchmen from the liberal intelligentsia to Lenin and Stalin. This is the fear of European supporters from Lisbon to Vladivostok (or the Urals) before the possibility of the revival of a genuine Russian power and the restoration of social justice. 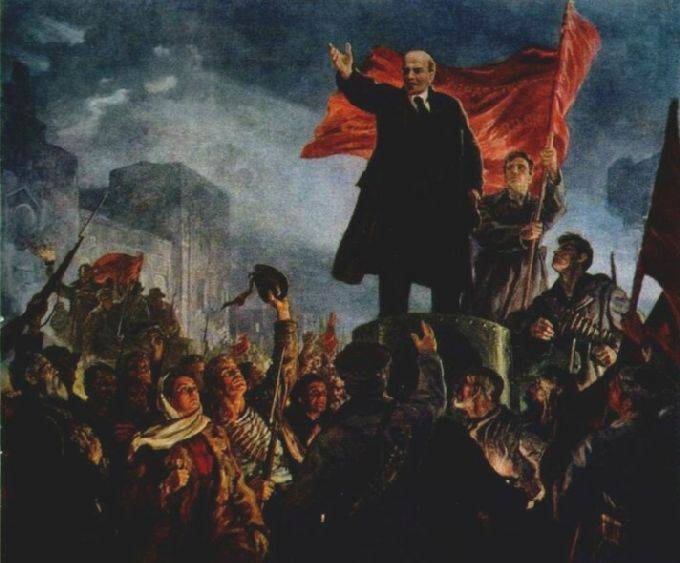 Ctrl Enter
Noticed a mistake Highlight text and press. Ctrl + Enter
We are
List of destroyed the largest and most high-tech enterprisesOn the other side of the “red” and “white”. Izborsk Club Report
359 comments
Information
Dear reader, to leave comments on the publication, you must to register.