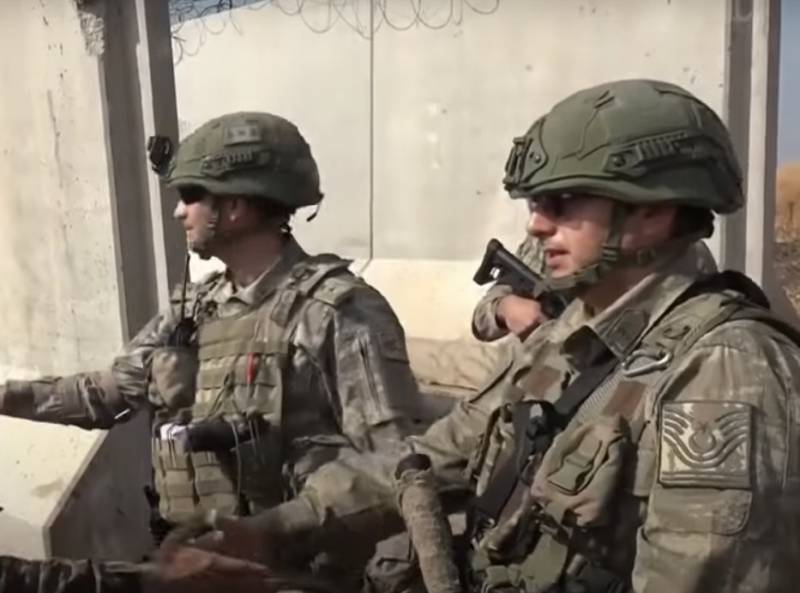 Over the past days, the situation in Syria remained tense. Clashes between government forces and militants continue in a number of provinces, and Kurds report on the destruction of Turkish soldiers.


As the Kurdish Afrin Liberation Forces (SOA) told the press, over the past few days, 6 Turkish troops have been killed as a result of operations in Afrin, Azaz and Sharav. Another 5 people were injured of varying severity.

The Kurds themselves report sabotage operations against the Turkish occupation forces in the area of ​​the village of Kafr Nabo. On April 17, a SOA sniper, according to the Kurdish press, eliminated a Turkish soldier near Azaz.

But Turkish unmanned aerial vehicles continue to bomb settlements in the canton of Afrin and in Shahba.

In the province of Hasaka, an unknown convoy attacked a joint convoy of US military and Kurdish militias from the Syrian Democratic Forces. In the area of ​​Ruvaishid village, gunmen fired on an American patrol, damaging an armored car of the American army and injuring several soldiers. In the village of Kharat-Tai, stun grenades were thrown at the checkpoint by Kurdish militias by unknown persons. It is possible that these attacks were carried out by militants of the Islamic State banned in Russia.

In Idlib province, according to Step News, militants of radical groups staged yet another provocation against Syrian government troops, attacking them in the villages of Al-Farah, Kansafra, Safuhan and Al-Bara. In response, the artillery divisions of the Syrian Arab army fired on the positions of the Khayyat Tahrir al-Sham group banned in Russia. No casualties are reported in the ranks of the militants. But it is known that then the clashes moved to the area of ​​the settlement of Binin. The village of the Course was also bombarded by militants of the KhTS.

Government forces in the Kaban area of ​​Latakia were also attacked by militants of the Khayyat Tahrir al-Sham, who operate in the area along with militants of the banned Islamic Party of Turkestan in the Russian Federation (a group manned by immigrants from Central Asia and Afghanistan).

Not calm in the province of Deir ez-Zor. There were several armed clashes between different forces. Firstly, in the region of the city of Meyadin, the militants of the "sleeping cell" of the Islamic State organization attacked the positions of government troops. They fired on fighters from the pro-government militia National Defense Forces, as a result of which three militias were seriously injured.

Meanwhile, the withdrawal of pro-Turkish militants from the province of Aleppo continues. According to Syrian sources, the militants are being taken to training camps in Turkey and sent to Libya, where they are participating in the war against the army of Marshal Khalifa Haftar. We are talking about at least 5300 militants included in such pro-Turkish formations as “Sultan Suleiman Shah Division”, “Sultan Murad Division”, “Al-Hamza Division”, “Liva Sukur al-Shimal”.

A remarkable event took place in the sky above Latakia. WITH aviation the Khmeimim base used by the Aerospace Forces of Russia, a fighter of the Russian Aerospace Forces was launched into the air. He was tasked with identifying an air target that was heading towards Russian military bases. As it turned out, it was a reconnaissance aircraft owned by the US Navy. After the Russian Su-35 fighter began escorting an American aircraft, he changed course.