Officer club. A corner of fun in the middle of the Caucasian war 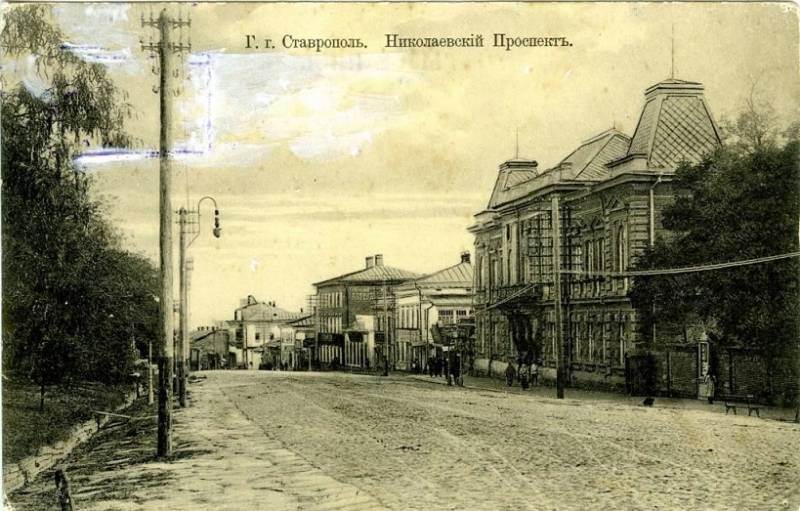 The first hotel in the city of Stavropol, which became a kind of second "headquarters" of the Caucasian line, began to be built in 1837. The initiative to build another stone (quite modern at that time) building belonged to the local mayor Ivan Grigoryevich Ganilovsky. In the new house, which was supposed to be completed by the arrival of Emperor Nicholas I himself, Ivan Ganilovsky opened a hotel, which was officially called the “restaurant”.


A very elegant house in the following years was constantly being completed. Ganilovsky recklessly sculpted new additions to the house. The so-called Savelyev Gallery appeared, which got its name from the staff captain Savelyev, who lived in the “restaurant” on an ongoing basis.

Soon, a Greek refugee and skilled entrepreneur Pyotr Afanasyevich Naytaki, who turned the hotel into a corner of the Caucasian officer corps, became the tenant of the building. According to legend, the name of Naytaki from Pyotr Afanasevich appeared when he arrived from Greece in Taganrog, having escaped from the yoke by the Ottoman. The customs official made a mistake and wrote in the column the last name the previous place of residence of the Greek - “on Ithaca”, like the famous Odyssey. The odyssey of the most “newborn” Naitaki was more prosaic than the work of the great Homer. After Taganrog, he moved to Pyatigorsk, and then to Stavropol. 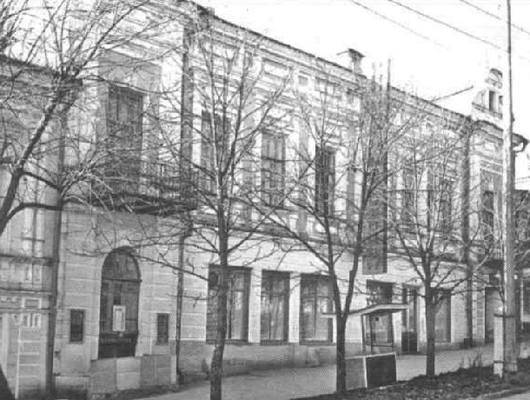 Naytaki after the revolution
At that moment, the headquarters of the commander of the entire Caucasian line was located in the city itself. In view of all of the above, the hotel bore many names among the people. She was called “Moscow”, and “Naytakovskaya”, and “Restaurant”, and, finally, “Officer Club”.

As the author indicated above, the headquarters of the commander of the troops of the Caucasian line was located in Stavropol. There was the headquarters of the Linear Cossack army. And in 1816, at the direction of Ermolov, in the interests of providing the Caucasus Corps, the Provincial Master Commission and the Commissariat Commission were located on the territory of the Stavropol Fortress. Thus, all the officers transferred to the Caucasus, one way or another ended up in Stavropol. Someone was immediately sent to distant fortifications or to battalions operating on the Caucasian line, while someone had to wait a couple of weeks to expect directions.

It was here that friends, relatives and acquaintances who had not seen each other for months, or even years, preparing for the next long separation, arranged revels and friendly gatherings. Wine poured, the officers who could die at any moment in the deaf garrisons lost in the mountains did not spare. And all this “economy" was stubbornly watched by a dark-skinned Greek with black whiskers - Pyotr Afanasyevich Naytaki. Naytaki always looked for ways to entertain officers exhausted by fights. 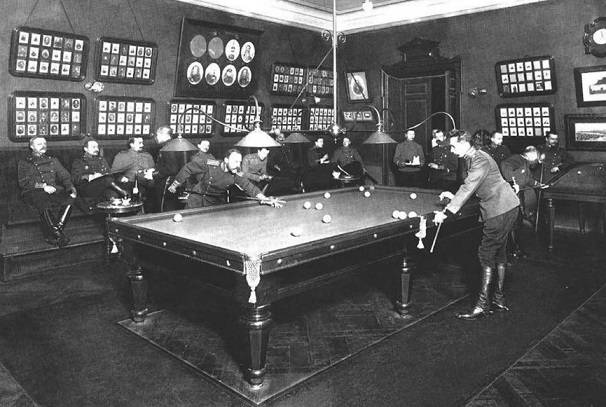 So, noting that the officers love billiards, Pyotr Afanasyevich instantly arranged a billiard room in the best tradition. Leather sofas stretched along the walls of the billiard room, on which staff and chief officers sat, conducting a keen conversation. Here the genius of Russian literature “rolled the balls” Mikhail Yuryevich Lermontov, being an officer of the Tenginsky regiment. There was a place for tables for playing cards, on which sometimes slides of gold and piles of banknotes in the form of bets rose. Gambling and fun parties went on all night.

The rooms themselves at that time and the battles surrounding Stavropol were considered the pinnacle of comfort - high ceilings and beautiful furniture. And the wide windows breathed freshness and sun. The main thing is that the officers did not have to expect that a grenade or a burning smut would fly into the room through an open window.

There was a hotel and a good dining room at the restaurant level. There were two living rooms, on the tables of which you could always find fresh rooms of the Northern Bee and the Russian Disabled. For officers who have been sitting in the Caucasian fortifications for months, reading any literature to the holes on long, dreary winter nights, fresh periodicals were just a gift.

Madness of the brave ... more champagne!

The Caucasian officers, like ordinary soldiers, for the most part were forcedly desperately brave in all areas - both in battle and in verbal battles. This was quite logical: they won’t send the Caucasus further if the famous saying about Siberia was slightly changed. So, according to some controversial memoirs of contemporaries, during the arrival of Emperor Nicholas I to Stavropol in 1837, the hotel was visited by the Decembrist, the prince and private soldier of the Nizhny Novgorod Dragoon Regiment, Alexander Odoevsky, with his friend - the officer of the Tenginsky regiment Mikhail Lermontov. 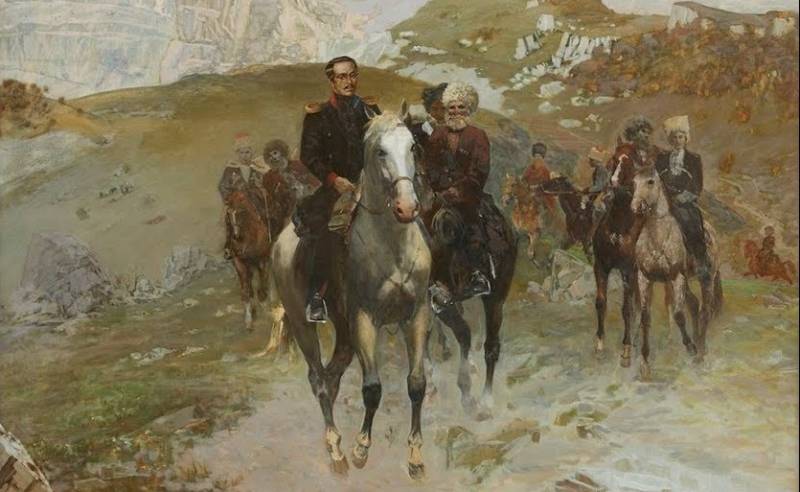 At that moment, when the procession of the emperor took to the street where the hotel was located (later, in honor of this event, the street will be called Nikolaevsky Prospect), Lermontov and Odoevsky ran out onto the balcony with their friends pouring wine over the weight of the war. Odoevsky noted that the procession looks too gloomy. And, suddenly for everyone, the prince shouted from the balcony in Latin: "Ave, Caesar, morituri te salutant." This is the famous cry of the gladiators: "Glory Caesar, those who go to death will greet you." After this phrase, Odoevsky in one gulp emptied a glass of champagne. Lermontov followed suit.

But friends chose to immediately lead the brisk prince from the balcony, fearing that even larger punishment could fall on their friend's head. Odoevsky simply waved it off, abandoning it like: “Well, gentlemen, the Russian police in Latin are not yet trained!”

Sometimes the servicemen crossed the line, and the local police department sent angry reports upstairs. Thus, the administration reported that "officers sent to the Caucasus to participate in affairs against the highlanders are making various riots." In fact, sometimes tipsy officers after an unsuccessful game of cards challenged each other to a duel. The police demanded to cover the hotel or at least close the cart tables and the dining room, which at that time was considered a tavern. The authorities, having weighed all the pros and cons, answered the police department with a categorical refusal.

At its peak, it was impossible to find a single civilian in the Naytaki Hotel. Rippled in the eyes from the military uniform of the Tenginsky and Navaginsky regiments, handsome grenadiers and officers of the linear units in dark blue Circassians. Lermontov and the Decembrist Nikolai Lorer stayed here, the nobleman and private Sergey Krivtsov and Baron Andrei Rosen, who also participated in the Decembrist uprising, Bestuzhev-Marlinsky, who would die in the area of ​​modern Adler, and Mikhail Nazimov, who, according to some contemporaries, at least famously led fight in the rank of second lieutenant, but he himself, guided by his principles, never laid bare weapons.

The sunset of the "Officers Club" began with the death of Ivan Ganilovsky. The descendants of the mayor, who bequeathed part of his real estate to Stavropol, were far from the zeal of his ancestor. Very quickly, the son, and then the grandson of Ganilovsky, went into debt and were forced to sell the real estate. They also sold the Naytaki hotel. She went to the Armenian merchant, who started the reconstruction of the building, retaining only the general details of the former hotel. 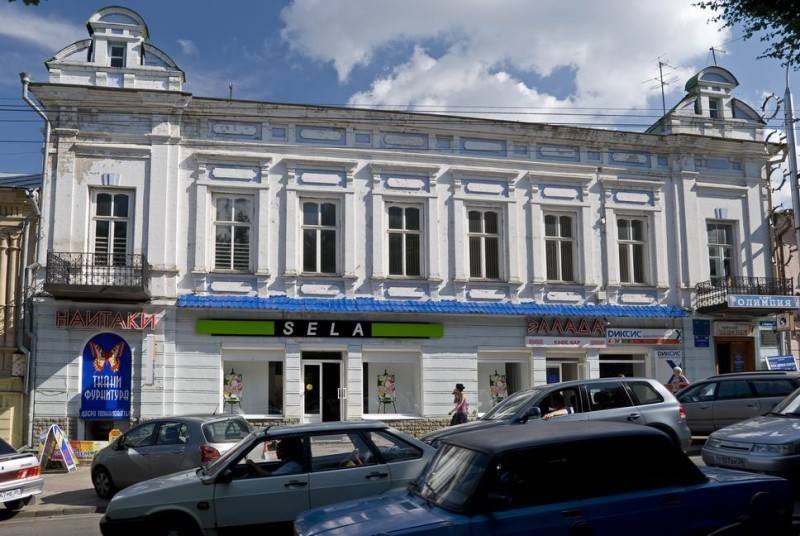 Naytaki now
Now in the architectural monument of the 19th century there are private shops and cafes, which, God sees, do not adorn the facade of the former hotel. As a reminder of the dashing stories once the "Officers Club" on the building there is a sign saying:

“In this building was the Naitaki Restauratement, named after the famous Greek entrepreneur Petr Naitaki. M. Yu. Lermontov, the Decembrists, stayed here. Monument of architecture of the XIX century. Built by I. Ganilovsky. "

We are in Yandex Zen
Thrice Master Mikhail Afanasyevich Bulgakov
Heavenly designer. On the amazing fate of the pioneer of aviation Saveliev
57 comments
Information
Dear reader, to leave comments on the publication, you must to register.