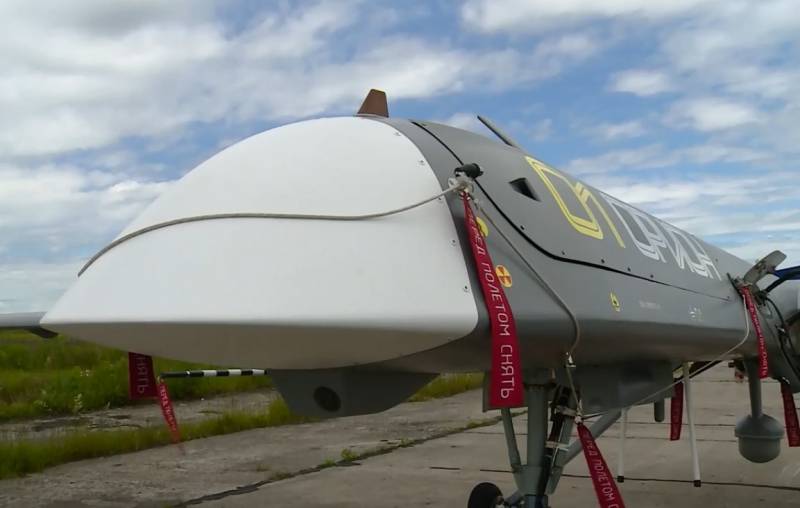 The Russian army received the first three UAV "Orion". This unmanned complex was created by the efforts of the Kronstadt group of companies.


He told the news agency about this. TASS General Designer of the development team Nikolai Dolzhenkov.

The main feature of the new aircraft is the long duration of flights. Its maximum take-off weight is 1000 kilograms. The UAV is able to remain in the air with a maximum load of up to 24 hours. Its “ceiling” is located at an altitude of 7,5 thousand meters. The maximum payload of the drone is 200 kilograms. The combat load of Orion in the shock version can reach 450 kilograms. In particular, the new drone is capable of carrying four missiles on board.

Nikolai Dolzhenkov emphasized that for the first time the Russian military receives an unmanned aerial vehicle of this dimension.

Military acceptance checked the drone's configuration and conducted flight tests. They took place in Syria. After test flights, the Ministry of Defense of the Russian Federation had additional wishes that were not originally included in the technical task. Therefore, the UAVs were returned to the Kronstadt group of companies for revision.