Czechoslovakia 1930-1940s: the victim of the occupation or Hitler's ally? 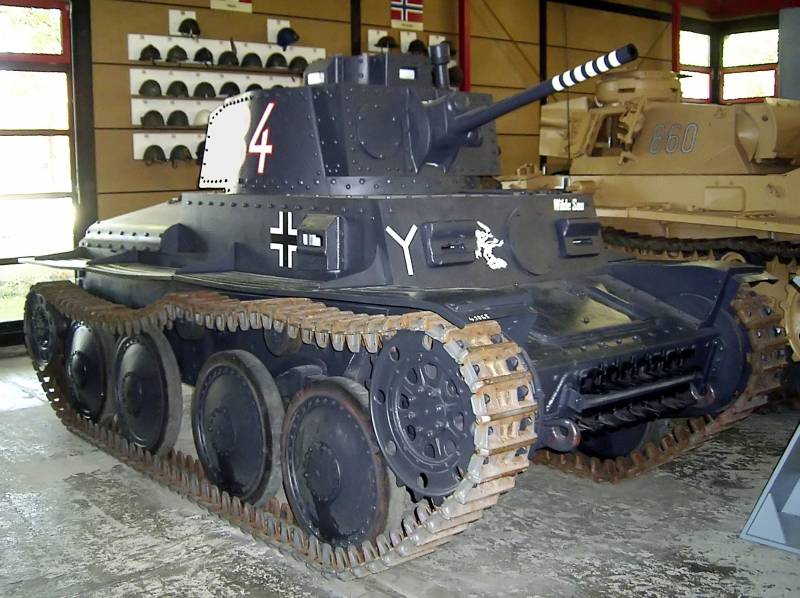 Today, when the monument to the liberator of this city, the Soviet Marshal Ivan Konev, was demolished in Prague, its streets and squares are renamed in defiance of Moscow, and many Czech politicians practice Russophobia, it's time to ask the question: what are we dealing with in this case? Was it only with the ungrateful, who had forgotten how the Red Army, not sparing the lives of their soldiers, saved the country from the Nazi yoke in 1945, or with the descendants of those for whom the Third Reich was not an ally at all?

The question of the participation of Czechs in World War II and World War II is not as simple as it might seem at first glance. Yes, among the about 70 thousand Czechs and Slovaks who were registered as prisoners of war in our country in 1945, the vast majority were still representatives of the second of these nationalities, represented in the Wehrmacht and the SS in much larger numbers. Yes, in the Red Army there was the 1st separate Czechoslovak battalion (in which, however, at the time of the formation of Czechs and Slovaks there were less than half), who later grew into an infantry brigade, and then into the 1st Czechoslovak Corps ... There was Ludwig Freedom and others heroes. However, on the basis of this, of all Czechs, “victims of Nazism” and the USSR’s loyal allies in the anti-Hitler coalition, it’s worth noting, right.

We must start with the fact that if it were not for the most elementary cowardice of Czech politicians and generals, the Nazi attack on our country might not have happened! In any case, in 1941 and with the forces that they had. Having excellent fortified areas in the Sudetenland, according to experts, almost inferior to the famous Maginot line (thousands of forts, tens of thousands of pillboxes capable of withstanding the direct hit of a large-caliber projectile), huge reserves weapons (in the 30s of the twentieth century, Czechoslovakia, according to some estimates, accounted for up to 40% of its world production) and an impressive army, the Czechs simply preferred to lift their paws in front of Hitler. Their only battle against the Wehrmacht, the mention of which can be found in the sources, did not last even half an hour, ending without a single killed on both sides. Do you know what one of the German officers wrote? "To have such opponents is simply disgusting ..."

Didn't Czechs serve the Nazis? Nothing like this. People from this country were highly valued in tank parts of the Wehrmacht, where they were almost the best mechanics and repairmen. However, not only. With the initiative to create a Czech Legion in Hitler's armed forces, the then head of the Protectorate of Bohemia and Moravia, Emil Hacha, who was president of Czechoslovakia before the Nazi occupation and, in fact, "handed it over" to the Germans, came out exactly in June 1941 - immediately after the attack on our country. The Teutons refused such an offer - they needed locals for another need, which will be discussed below. Nevertheless, the Czechs, who were particularly eager to fight the "Soviets", found their way to the Eastern Front.

About a thousand former Czech military men made up the backbone of the 37th SS Lutz Cavalry Division (37. SS-Freiwilligen-Kavallerie-Division Lützow). At least hundreds more joined the Czech volunteer company SS “Wenceslas” (SS-Freiwillige St. Wenzels-Rotte). Czechs also labored as part of the SS Brisken police regiment, part of the 31st SS Volunteer Grenadier Division Bohemia and Moravia (31. SS-Freiwilligen-Grenadier-Division). There were Czech SS men, just as they were ...

The situation with the Wehrmacht is somewhat more confusing: for obvious reasons after 1945, service in it was hiding in socialist Czechoslovakia as soon as possible. However, according to modern historians, tens of thousands of Nazi soldiers of Czechoslovak origin must be counted. In the Gluchinsky district of the Czech Republic alone, there were at least 12 thousand “veterans” who faithfully served the Nazis and fought on the Eastern Front, in particular, near Stalingrad.

However, the Czechs made the main contribution to the enemy invasion that fell on our Motherland in 1941 not so much while holding weapons in their own hands, as well as regularly putting them into the hands of the invaders who came to our land. This topic is quite worthy of separate coverage, so I will be brief.

The arsenals of Czechoslovakia captured by the Nazis in 1938 gave the Wehrmacht the most serious part of the weapons with which it attacked the USSR. Thousands of artillery pieces, tens of thousands of machine guns, both light and heavy, which were very popular in the German army, millions of small arms ... Nine Wehrmacht infantry divisions were fully armed by Czechoslovakia by 1941! All this fired at our soldiers from the first day of World War II.

About tanks - a separate conversation. By the time of the attack on the USSR, each of those in the German armed forces was Czech-made. By the second stage of the war - almost every third. According to the recollections, the Czechs regularly riveted weapons for the invaders until May 5, 1945. And not only tanks and armored vehicles - cars and planes, ammunition, machine guns and rifles. According to the Germans themselves, for all the time the diligent Czechoslovak workers did not follow “not a single act of sabotage”. Well, do not order the “going to work in black shirts”, which some people in the Czech Republic try to present as “protests against the invaders! ” There were, of course, their heroes in Czechoslovakia, members of the resistance. But in general, the vector is viewed slightly different.

Alas, I have to admit: Czechoslovakia, for the liberation of which almost 140 thousand of our soldiers laid down their heads during the war, was in fact its faithful ally. Agree, after understanding this fact, today's glaring events in Prague look a little different.

Ctrl Enter
Noticed a mistake Highlight text and press. Ctrl + Enter
We are
Myths of the Great Patriotic. Papier mache helmetAbout the "Prague Spring" 1968 of the year
258 comments
Information
Dear reader, to leave comments on the publication, you must to register.