Eastern horns of the Third Reich. Joseph Goebbels vs Bolsheviks 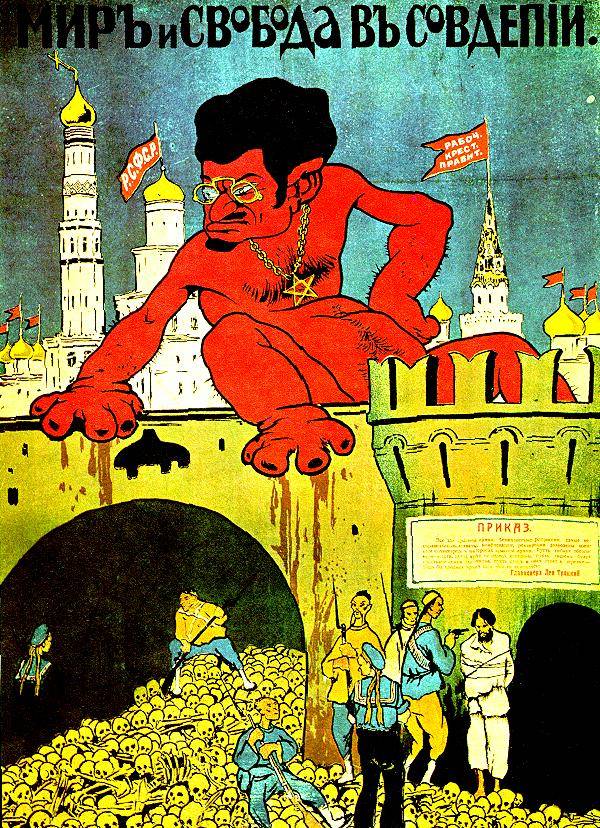 A typical example of a Goebbels flyer. Source: dearkitty1.wordpress.com

The mythical city of Vineta

In the Third Reich, the Ministry of Propaganda and Education, which, as you know, was headed by Joseph Goebbels, initially consisted of five departments: the press, radio, active propaganda, film, theater and education. Subsequently, with the growth of territories, the ministry expanded to 15 departments (by 1940), and in 1942 one more was added to them. Goebbels tried in his department to concentrate full control over the thoughts and emotions of burghers and enslaved peoples. In particular, four departments were responsible for various media, including foreign ones, five controlled all types of art, and two departments (propaganda and special tasks) worked to promote the ideas of anti-Semitism and Aryan superiority. And that’s not all. History Hitler’s propaganda service is eventful and especially instructive in light of what is happening in the world. We will choose its most interesting sector - work on the Eastern Front. 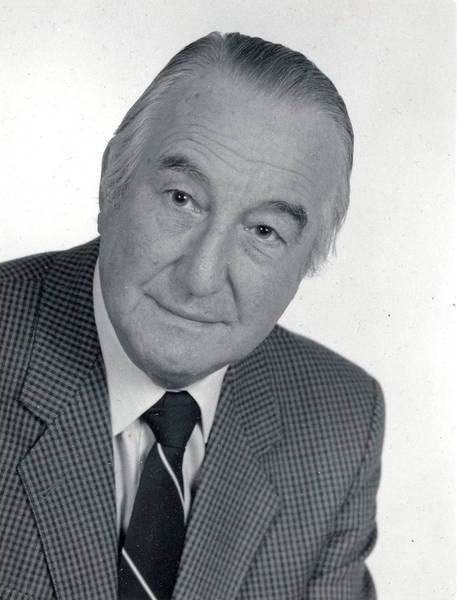 Ardent Nazi Eberhart Taubert. Source: dearkitty1.wordpress.com
The most important event directly related to the Soviet Union was the organization in the Goebbels ministry in early 1941 of the Vineta department. In the best traditions of Hitler's mysticism, the department received a name in honor of the mythical city, allegedly located several centuries ago at the mouth of the Oder. The fate of the townspeople turned out to be unenviable - for numerous sins they swallowed the Baltic Sea. The head of the new service was Eberhart Taubert, who became famous for the authorship of the script for the film "The Eternal Jew" and the idea of ​​forcing Jews to wear a yellow six-pointed star. Taubert, of course, who had the most direct relation to the punitive essence of Nazism, did not suffer any punishment in the post-war period. Moreover, he participated in attempts to revive Nazism in Germany, and also advised many state structures. The rich experience of aggressive propaganda policy turned out to be in demand by both third world countries and the special services of developed states. 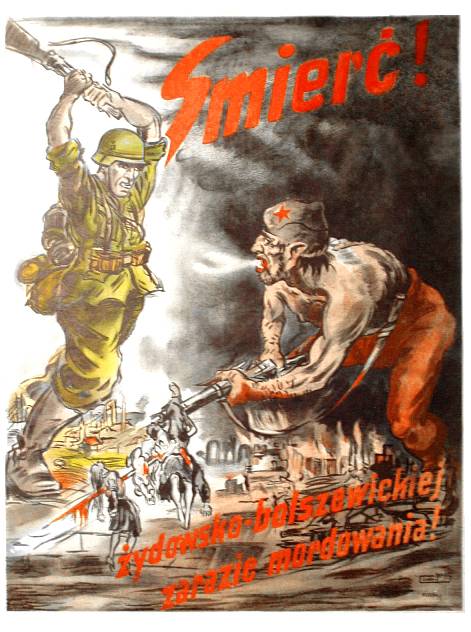 Source: dearkitty1.wordpress.com
Vineta was divided into so-called editorial offices: Russian, Ukrainian, Belorussian, Latvian, Lithuanian, Estonian, Azerbaijani and Georgian. The tasks of the units included the translation, preparation and publication of various materials in the languages ​​of these peoples. A few months before the start of the war, appropriate brochures, leaflets, posters and other propaganda waste paper were prepared, which were equipped with the advanced units of the Wehrmacht. A feature of Vineta was not just work in the occupied territory, but the presence of specialists directly at the front, along with units of the regular army. By the way, the first time the announcers aired on the Eastern Front at 10 a.m. on June 22. The infamous leaflet “Beat the Jew-Political Officer, erysipelas asks for a brick!” they also came up with Vineta and managed to print 160 million copies by the beginning of the war.

Now about the "specialists" of the Vineta department. Naturally, the Germans could not fully conduct such widespread propaganda in eight languages ​​(at least) and attracted numerous white emigrants and famous cultural figures for this. Served the Third Reich in this dirty business, in particular, the artist Viktor Ostroumov, the performer of the main parts of the world opera classics Ivan Zhadan, the Moscow Art Theater actor Sergei Sverchkov and many other Soviet artists who were in German captivity. Approximately the same principle recruited employees of other national editions of the Vineta department. 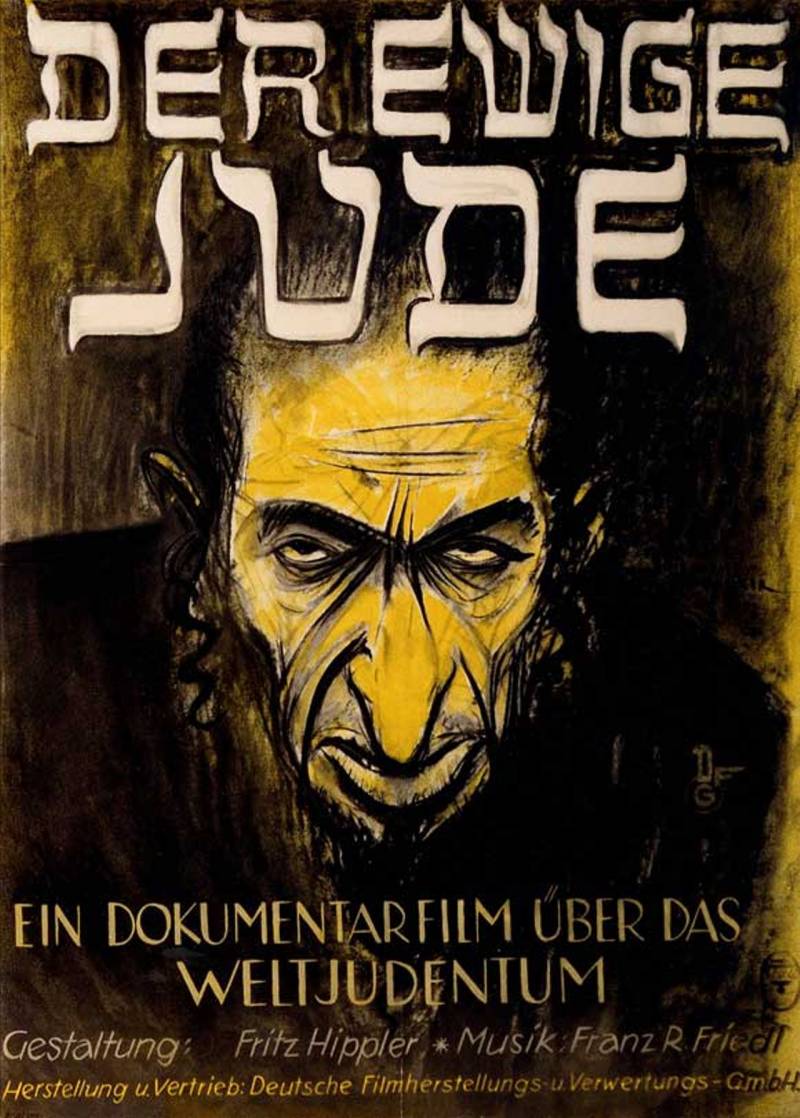 The screenwriter for Eternal Jew was the chef Vineta Taubert. Source: filmpro.ru
When it became clear that the lightning war on the Eastern Front was turning into a battle of attrition, Vineta's resources were expanded. By April 1943, the department was divided into four groups. The first broadcast three radio stations “The Old Lenin Guard”, the Russian nationalist “For Russia” and “separatist”, which aired in 18 languages. The broadcasting of these radio stations was always accompanied by completely believable information about the allegedly existing anti-communist underground in the USSR, as well as about the nationalist revolution, which was about to begin. An important operation of Vineta was the expertly forged anti-Soviet appeal of Yakov Stalin to his father, which was broadcast immediately from 35 points on the Eastern Front. In fact, Jacob did not say anything like that - his speech was simply glued in the desired sequence from a previously made recording of his voice. 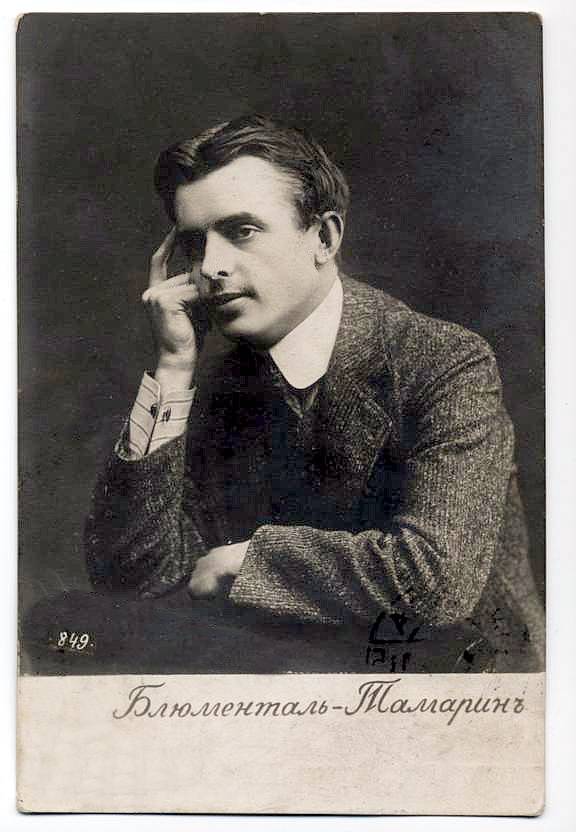 Vsevolod Blumenthal-Tamarin. Source: ru.wikipedia.org
From Berlin, Vsevolod Blumenthal-Tamarin himself, often one of the most odious collaborators, often broadcast on the radio. This actor, who fell into occupation in Istra, agreed to cooperate with the Nazis, moved to the German capital, and from February 1942 he regularly persuaded Soviet citizens on the air to stop senseless resistance. The traitor's unconditional talent was the ability to imitate the voice of Joseph Stalin very accurately, which the Germans actively used in their propaganda. On May 10, 1945 he was found hanged in German Münsingen - according to one version, this was the result of the work of Soviet intelligence. 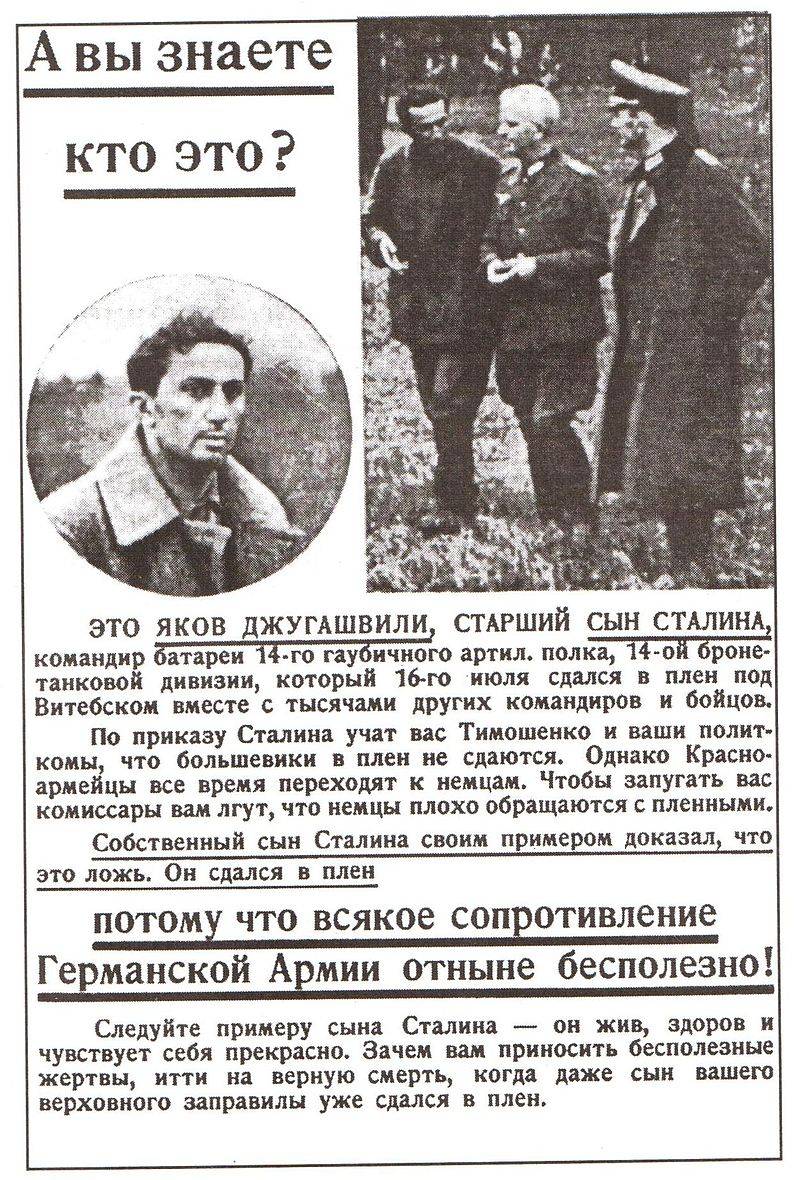 Source: ru.wikipedia.org
The second group of the updated Vineta was engaged in printing activities (leaflets, brochures), as well as censorship of everything that was distributed in the occupied territory. The third group translated the propaganda texts from German into the languages ​​of the target audience. And finally, the fourth group was designed to enhance the mood and misinformation of prisoners of war and eastern workers.

When German troops on the Eastern Front began to retreat and lost their strategic initiative, it was impossible to limit themselves only to external propaganda activities in the department. It was also necessary to process their own army.

On December 22, 1943, Hitler ordered the organization of a specific institute of officers "for the implementation of the national socialist leadership." We can say that this Nationalsozialistischer Führungsoffizier, or NSFO, was largely tracing paper from the Institute of Red Army Commissars. The main tool was conversations and mass gatherings, which raised the already pretty weakened fighting spirit of the German soldier, as well as fostered hatred of the Red Army. Naturally, an important place in the work of the NSFO was the continuation of the ardent anti-Semitic policy of the Third Reich. They operated with such cliches as “loyalty to the Führer”, “obedience to his orders” and “victory in the end will be ours”. Toward the end of the war, as mentioned in the Military History Journal, in the Wehrmacht the officer’s ability to conduct ideological work with his subordinates was equated with his military tactical skills:

"Every true warrior knows that relatives, women and children will be terrified if Jewish terror spread to Germany."
Goebbels scared the burghers that "the German people will be biologically completely destroyed." 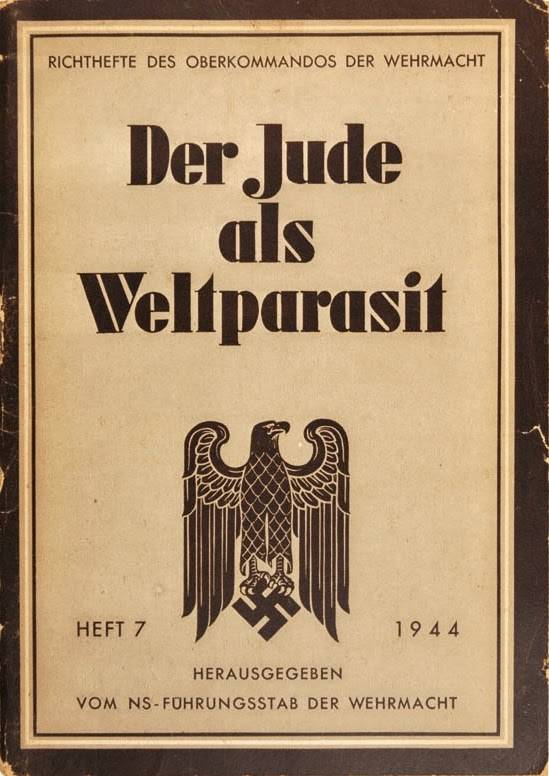 One of the Nationalsozialistischer Führungsoffizier brochures. Source: de.wikipedia.org
What else did Germans intimidate with the civilian population of Germany and the occupied territories? The Russian State Military Archive stores a document called "Advocacy on Soviet methods of atrocities and terror." Goebbels signed it on April 24, 1944. Major General Hasso von Wedel, chief of the Wehrmacht’s High Command, received a copy of this order, in particular, and accepted it as a direct guide to action. 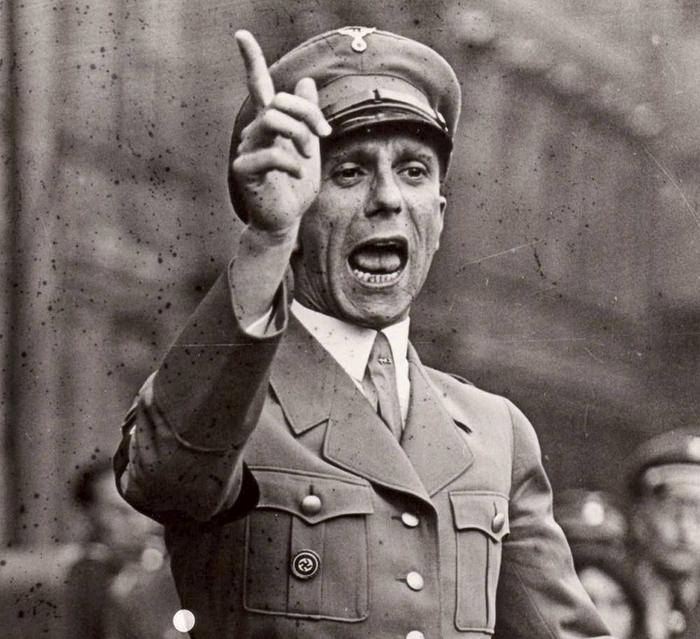 Source: snewsland.com
The peculiarity of the document is that Goebbels demanded its execution not only in the eastern territories, but throughout Europe. It was necessary to raise the entire population of the Old World in hatred of the Red Army. For this, a set of 14 horror stories was developed that would inevitably wait for every European citizen with the advent of the Red Army:

1. The extermination of the population and terror against it. Here atrocities against women, children, priests and the sick are especially effective.

2. Expulsion of the population to forced labor.

3. Forced population ousting for use at the front, where it, unarmed and untrained, serves as cannon fodder.

4. Movement of the population to remote areas of the Soviet Union.

5. When seizing settlements: the opening of prisons and robberies.

6. The destruction of churches, the desecration of shrines.

7. The destruction of cultural institutions. Arrests, expulsions and executions of leading cultural figures.

8. The imposition of Jews as local commanders. Atrocities carried out by Jews, denunciations of the population by Jews and the NKVD.

10. Confiscation of food supplies and hunger among the population.

11. The introduction of the collective farm system.

12. Bringing salaries and prices to Soviet standards and reducing the living standard of workers to the Soviet level.

13. The introduction of the Stakhanov movement and the diaphoretic system in enterprises.

14. The closure of small shops and the destruction of craft industries.

No matter how unpleasant it was to admit, Goebbels propaganda was effective both at the beginning of the war and before its end. In the first months of the war, it certainly had an impact on the intensity of surrender of the surrounded Red Army soldiers, and just before the end Goebbels managed to inspire terror to the German population before the advancing Soviet army.

Ctrl Enter
Noticed a mistake Highlight text and press. Ctrl + Enter
We are
Chernobyl notebook. Part of 3Mysteries of the last hours of the Reich Chancellery
43 comments
Information
Dear reader, to leave comments on the publication, you must to register.