The central bank was ordered to retreat. What will the minimum bid give us? 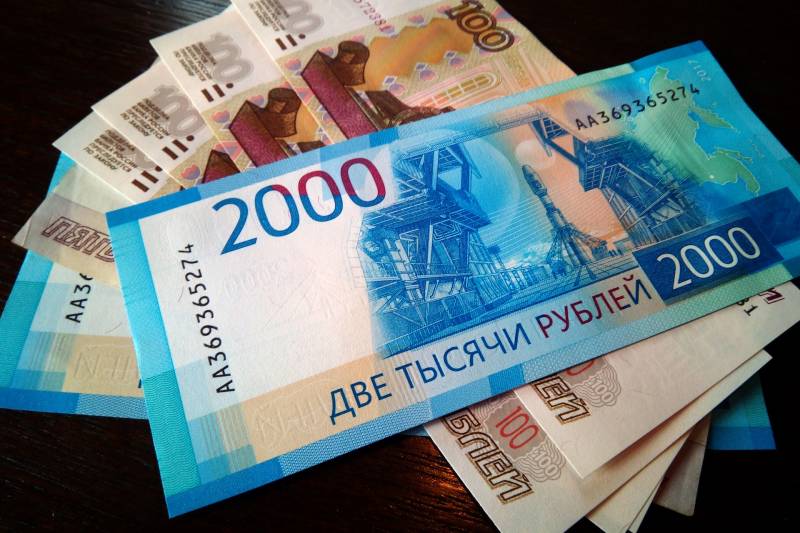 The pandemic of even the most stubborn makes one understand: the problems of the financial market are secondary to the difficulties that may fall on people. After the chairman of the Central Bank of the Russian Federation, Elvira Nabiullina, this really “iron lady” whom both Margaret Thatcher and our Tatyana Paramonova could envy, categorically opposed the direct financial support of the population, it seemed that there was nothing more to hope for.

Just nothing, sort it out, they say, yourself, but I will not part with my little egg for anything. However, as we see, even the Russian financial authorities are unable to play the dog in the manger during the “strange quarantine” ad infinitum. Especially in conditions when no one will believe that under any conditions there is no money. And when even their presence helps to “hold on” rather poorly.

On April 20, Elvira Nabiullina for the first time in recent years did not begin to hide anything in an interview:

“The majority notes an increase in prices only for certain goods - namely those for which there was an increased demand. This allows us to consider the growth of inflationary expectations a temporary factor.

I think we will be able to substantively consider the issue of reducing the rate already at the next meeting of the Board of Directors. We, as always, will examine the spectrum of various economic scenarios and, taking this into account, we will evaluate what space is available for easing monetary policy and what steps we should take. ”
The hint is more than transparent, journalists have not heard from Elvira Sahipzadovna for a long time: already this week we can expect a decrease, more than 0,25 percentage points, of a decrease in the key interest rate of the Central Bank. It seems that the financial situation, contrary to the cautious optimism of the head of the Central Bank of the Russian Federation, has become extremely aggravated at this particular moment. When the anti-crisis pressure on the public and on any kind of independent business obviously does not work out and I really want to not only strengthen it, but also tighten it in time.

And now the matter is, most likely, not only that the Central Bank learned to draw conclusions from their own mistakes. Just a few years ago, under the pressure of crises or sanctions, the Bank of Russia only tightened its monetary policy. The main rate of the Central Bank, no matter what, accounting, key, or wiser - refinancing, has steadily increased.

For such actions, our main bank from abroad, that is, from the IMF and the World Bank, was regularly praised, and its leaders were recognized as the best in the world. However, many professionals, and not only inside Russia, and among them the head of the Central Bank, in the most difficult years for Russia after privatization “according to Chubais” and default, the regulator mercilessly criticized, calling this approach deeply erroneous. 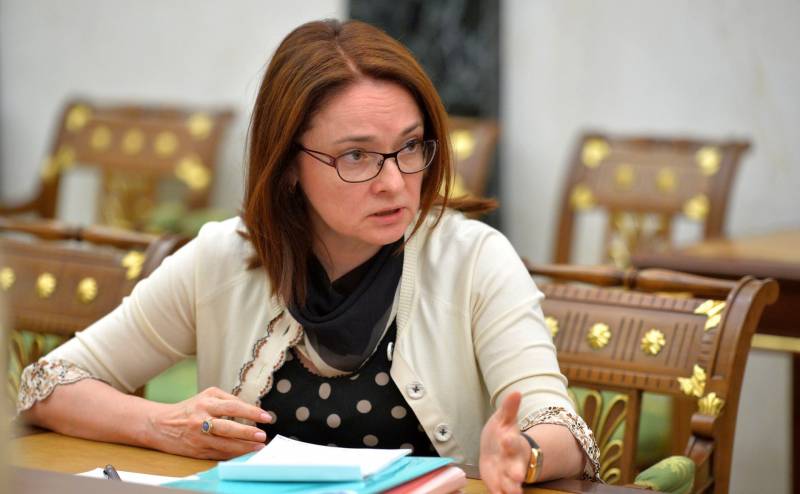 Today, however, the feeling does not leave that these were most likely not mistakes, but rather deliberate and deliberate actions to redistribute the market in favor of credit institutions loyal to the Central Bank of the Russian Federation. After such banks as Otkritie or Trust came under the control of structures engaged by the regulator, this sensation only intensified.

Experts, both critics of the Central Bank of the Russian Federation and his apologists, are almost unanimous regarding the decision already planned for this week. Lowering the key rate in some way will certainly help the real sector of the economy. But at the same time it can hit the banks. However, most of the credit institutions, oddly enough, do not even have to save.

No, there will almost certainly be indicative bankruptcies, but it will be very similar to the frightening propaganda statistics for COVID-19. Why? Yes, because after a powerful sweep of the banking sector, which was carried out by the regulator itself - the Central Bank of the Russian Federation, almost all large banks have a very substantial state share in the capital.

But this is only in the first place, especially since the financial sector is not only the first “ten” banks or even the “twenty”. Banking “small fry” scattered around cities and villages, for the most part, also managed to engage with either the regional authorities or the oligarchic structures for a long time. And apparently, the almost universal sweep of the banking sector, as the media called the “recovery program” put into practice, was quite timely.

Of course, this is exactly so, but not so much from the point of view of recovery itself, but in the sense of creating an absolutely controlled financial sphere. Therefore, secondly, we are not afraid to admit that this, in fact, is rather good than bad, but only if in the end you want to get some kind of surrogate state capitalism. Without a hint of any real competition. Something like the Korean version with chaebols, which we call state corporations. It would be nice to have with their banks. It may be so, but it’s not even transitional socialism, where a lot of banks are really not needed, and in general such a financial sector will definitely be uncompetitive.

However, what competitiveness are we all talking about here, if the main task of the banking, so to speak, “sector” was and remains the systematic withdrawal of excess oil and gas revenues into foreign assets. And in parallel with this, as a minimum task, it is already maintaining the entire banking sector under its control, and most importantly, the uncontrollable economy in a semi-coma state.

Please note that today the Bank of Russia is in no hurry to compile some lists of system-forming structures that most need help. Ministries and departments have already written down everyone who is not there, and the Central Bank is silent. Most likely, we will not see such lists at all. The approach to the situation seems to be purely pragmatic: whoever is capable of what will show anti-crisis practice, but even if someone goes bankrupt or simply burns out, the process will not go beyond the normal recovery of the environment.

Such statements have not yet been made by any of the senior representatives of the Central Bank or the Ministry of Finance. This is expertly invested in the mouth of foreign analysts from PricewaterhouseCoopers and Bloomberg. There pragmatism was always on the verge of cynicism, but something similar we will hear very soon from the lips of our officials, since the real crisis in the economy is yet to come. However, from their lips often hear something that is already beyond the bounds of cynicism, and in general human understanding.

To reduce the lending rate, when a loan, even if it is interest-free, but which still needs to be repaid, is actually imposed on those who are forced to remain unemployed to pay salaries. What is this if not the height of cynicism? The non-payment chain, practically guaranteed with this practice, will certainly reach the very top.

And then it will be possible to help no longer with a credit vacation, but only with something like a universal credit amnesty. There are very big doubts that our financial authorities are really capable of this. Although what the hell is not joking? After all, someone had enough, I can even guess from whom, the political will to almost force our completely independent Central Bank to "go the other way." Not that in 2009 and in 2014.

Reducing the Bank of Russia rate, as well as canceling interest on loans, as well as refusing fines and penalties for late payments, are, in fact, half measures. And the very loan amnesty - this huge work to clean up the financial collapse after the pandemic and related quarantines, we all have yet to do. And it, apparently, will be much more complicated than the settlement of non-payments that the Russian Central Bank conducted after the default under the leadership of Victor Gerashchenko.

And if someone still hopes that the consequences of COVID-19 are not so terrible, because his time, by all indications, was not too long, then, alas, he is deeply mistaken. One must wonder how something so bloodless still manages to survive in Russia!

Reducing the Central Bank rate is not a surgical operation or even a dropper with saline solution, it is just a pill that can only help someone who is actually able to cope with sores. And to survive. It is hard to say who and what will survive after our “fake quarantine”, and whether it will survive at all. Although it is unlikely that all this, up to an extraordinary large-scale redistribution of property, was started only in order to remove the corpses later.

Ctrl Enter
Noticed a mistake Highlight text and press. Ctrl + Enter
We are
Situational analysis of the death of the MH17 flight (Malaysian Boeing 777), made on the basis of engineering analysis from 15.08.2014Syria: Americans scare themselves, and Asma Asad buys chairs
129 comments
Information
Dear reader, to leave comments on the publication, you must to register.