July 30 2012
49
As you know, in any science there is as much truth as there is mathematics in it. However, even this seemingly reinforced concrete statement in recent times also needs to be improved. The fact is that in modern reality, it turns out, the same numbers can cause a stormy delight in some and a universal tragedy in others. Alone with the word "million" shouts: Wow! a million! And the other will say: well, only a million, so what? .. 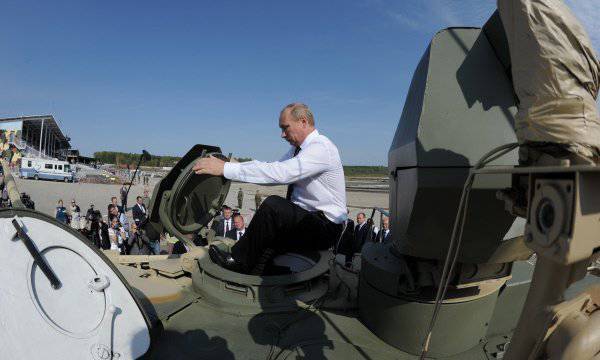 Approximately this philosophy today surrounds such a document that integrates the main directions of the country's fiscal policy (ODB) for the 2013-2015 years. Those who are the authors of the document are obviously trying to prove to the average Russian that the development of Russia is proceeding according to a well-developed conceptual plan, but there is no flaw, of course, but still ... Those who decided to look for more philosophy in mathematics offer to look at the main directions of budget policy countries for the period 2013-15 as something that contradicts the very possibility of the country's development. To conduct a review of the positions of the two sides on such a serious matter, it is worth mentioning the opposing camps. On different sides of the barricades were such, of course, respected organizations, such as the Russian Ministry of Finance, headed by Anton Siluanov, and the Higher School of Economics, headed by its rector Yaroslav Kuzminov.

So on what basis could this barricade in general appear on Russian financial and economic grounds? The fact is that the website of the Ministry of Finance of the Russian Federation published the same document “BSS on 2013-2015 years”, in which the prospects for financing various sectors of economic activity are laid out on the shelves. Having read the fact that the ONBP is contained, the specialists of the Higher School of Economics decided that the authors of this document either do not understand themselves that their strategy will impede the full development of the country's economy, or simply do not want to understand this and put up funding figures convenient for themselves parties.

As a result, a scandal began to flare up in the endless expanses of Runet, which can be characterized by something like “HSE stands for adjusting the plans of the Ministry of Finance”. To identify the essence of the claims of economists from the HSE to the government of Dmitry Medvedev, you need to provide a number of figures that the parties interpret differently.

One such figure is the level of funding for the military-industrial sector. As you know, the industry financing program in the amount of more than 20 trillion rubles was planned to be implemented before 2020. However, critics of this program said that the investments that the state plans to make today for the domestic defense industry do not meet the realities. The fact is that with the current level of equipment of Russian military-industrial enterprises, to purchase that amount of weapons for the army and fleet, which was mentioned earlier, is not possible. In order for all orders to be carried out at the required level of quality and on time, the production enterprises themselves must be modernized, which will require costs no less than modernizing weapons.

It must be said that such a critical position initially caused the authorities to reject, and all criticism was equated almost to a complete unwillingness to modernize, and all individual critics literally to the enemies of modernization. Because of such a position, Aleksey Kudrin suffered at the time, whose position Medvedev, when he was president, subjected him to sharp criticism.
However, in early July, there was information that the official authorities may heed the words about the inexpediency of turning the financing of purchases of new weapons into a black hole. In particular, in the newspaper "Vedomosti" reported that the program of procurement of new weapons may be shifted to 3 year. In other words, the same 20 trillions of rubles for the modernization of the Russian defense industry can be allocated by the government not until 2020, but before 2023. It would seem, but what, in fact, can change in three years? But in fact, the main thing can change: for a specified period of time, the financing of the modernization of military-industrial enterprises will help to actually upgrade production facilities.

In other words, if the government really goes to a certain revision of plans for financing the defense industry, then you should not think that this is a step backwards. In essence, this is a logical adjustment of the original plans, when they wanted to achieve an outstanding result with the help of existing production potentials. But today, obviously, both the Ministry of Finance and the Government in general believe that this idea was much closer to utopia than to the real state of things. This fact is indirectly confirmed by the pace of implementation of the State Defense Order of recent years, when often only the political will of the top leadership of the country pushed the Defense Ministry and production companies to fruitful cooperation, and even then not always.

But if the question of financing the domestic defense industry can lead to a consensus between the creators of the 2013-2015 ONBP and the critics of their ideas, then there are a number of nuances in relation to which, frankly speaking, very far away.

In particular, budget allocations for Russian civilian science will fluctuate over the next three years. So, in 2013, the amount of funding will be about 320 billion rubles, in 2014 - 285 billion, but in 2015 - again rises above the level of 300 billion. This trend was not able to qualitatively analyze the economists of the HSE, which caused a number of complaints about the activities of the Ministry of Finance of the Russian Federation. As an explanation, the representative of the Ministry of Finance said that the fluctuations in the level of financing of domestic science should not be a tragedy, since in 2014 a year the implementation of several government programs in this area ends immediately. And in the 2015 year, there will be new programs for which additional money will be allocated.

The next stumbling block was the project of financing the Russian education system. According to the BNP on the 2013-15 years, the following financing option is provided for the industry - 3,9% of GDP by 2015. HSE analysts say that 3,9% is an obvious decrease in the level of funding, since in 2011, this level was 5,1% of GDP. Opposing the philosophy of the HSE, representatives of the Ministry of Finance declare that it is a question of federal financing, but one must also take into account the regional financing of the education system. Moreover, the federal budget will allocate more impressive funds than before today for regional development. Only now the whole problem may lie in the fact that regional budgets today may be even more closed to public control than the federal budget. And taking into account whether the provincial official Van Vanych allowed the required funds for the development of the education system or left 50% with him, it will be possible with the help of law enforcement officers from the capital. And if so, then it will be necessary to finance the law enforcement agencies additionally, so that the same provincial official Van Vanych could not make them an offer that they would not refuse ... So it turns out that a general increase in funding of the education system is possible only when regional budgets cease be black boxes.
A lot of questions were raised by projects to finance the domestic health care system. The Ministry of Finance reports an increase in interaction with extrabudgetary funds to finance the system, but this increase looks too microscopic. In percentage terms, we can talk about the growth of investment in medicine from extrabudgetary sources to the 2015 year, only 0,1% from the level of 2011 year. At the same time, the state and here will try to give a kind of tool for solving the problems of health care in the regions. It is planned that with a decrease in financing from the federal budget by 31%, regional financing of the healthcare sector will increase almost 1,5 times. However, experts from the HSE decided that the 1,5-fold increase in medical expenses from the regions is nothing more than empty words, because the regional budgets simply cannot bear this level of pressure. And here again the question arises of financing regional development with the provincial distribution of expenses by Van Vanychami and our other common problems.

In the end, I would like to hope that all those plans that are reflected in the BHP are not pure populism, but in fact a really thought-out concept of development. At the same time, it would not be superfluous if HSE and the Ministry of Finance did not act as implacable opponents, but listened to each other's opinions and came to a consensus, because mathematics must remain an objective science. In the end, the financing of the defense, science, education and medicine is a strategic task on which the security of the whole country directly depends.