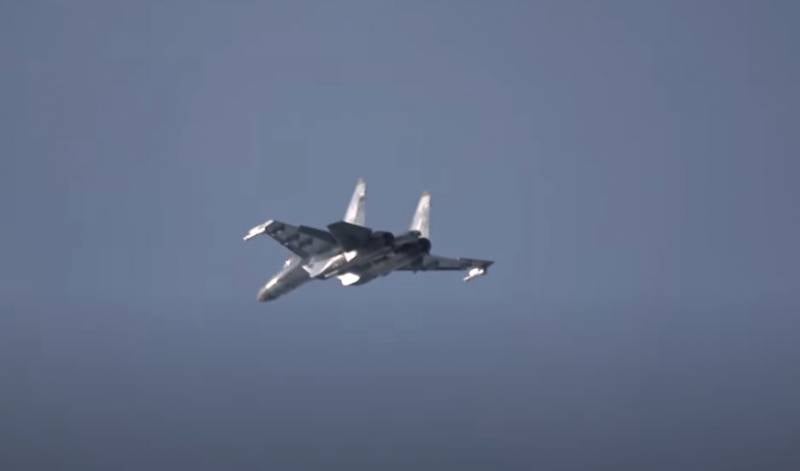 The Russian Ministry of Defense confirms that an American reconnaissance aircraft was trying to get closer to Russian military facilities in Syria. According to the latest information, one of such objects is the air base of the Russian Aerospace Forces “Khmeimim” in Latakia.


The Russian Defense Ministry noted that a fighter was raised to intercept an American reconnaissance aircraft. This is a Su-35 plane that took off from the aforementioned Russian air base located in Syria.

As a result, the Su-35 "met" the American reconnaissance board over the Mediterranean Sea. The Russian pilot confirmed the belonging of the aircraft to the US Navy. There was also a so-called visual contact - the Su-35 pilot recorded the board number of the US Navy aircraft.

The Russian military department noted that the Su-35 approaching an American aircraft did not carry any danger for the latter. Everything was carried out in strict compliance with international standards in neutral airspace.

It is known that after approaching the Su-35, the U.S. Navy reconnaissance aircraft was forced to change the route of its flight and refuse to approach the Russian military facilities in the SAR.

Recall that previously in the Pentagon, Russian pilots were repeatedly accused of “unprofessional actions in the air” and other “sins” in the interception or other variant of rapprochement of military means aviation.
Ctrl Enter