In India: a pandemic is no reason to give up nuclear retaliation 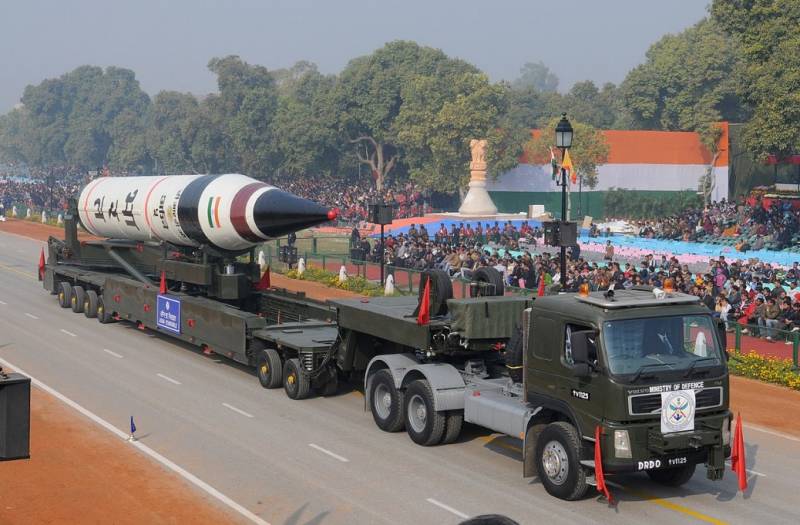 The fight against the coronavirus pandemic has led many countries to think about their defense and security strategies in the changing environment. In India, they emphasize that with all the peacefulness of the country, one should not think that a pandemic will interfere with nuclear retaliation if necessary.


The second most populous country in the world, India, like many other states, is currently in quarantine. Social distance is considered by the Indian authorities as one of the most effective measures to counter the pandemic, and videos about how Indian police drive home quarantine violators have gone around the world. Nevertheless, the spread of the coronavirus and the fight against it should not affect the nuclear doctrine of the Indian state.

Diseases are diseases, and India is immediately adjacent to two potential and very dangerous adversaries - Pakistan and China. Both are nuclear powers, which is why nuclear weapons are traditionally given special attention in modern India.

Currently, India has at least 100 nuclear warheads in a state of alert, as well as sufficient resources to produce about the same amount.

The traditional peacefulness of the Indian leadership has always been an additional deterrent: in 1958, more than 60 years ago, Jawaharlal Nehru noted that India has the opportunity to quickly create its own atomic bomb, but it will never make independent efforts for this. After 12 years, Indira Gandhi repeated his words, but in 1979, after nuclear weapons China and Pakistan have already acquired, India was nevertheless forced to move from peaceful nuclear tests to the implementation of a program to create nuclear weapons.

Leading researcher at the Center for Energy Research in New Delhi, Manprit Sethi, in his article, notes the wisdom of the Indian leadership in organizing nuclear deterrence forces. As Sethi emphasizes, the Indian government believes that nuclear weapons have limited usefulness, as it is very dangerous, and considers the possibility of their use only as a retaliatory measure after they are used by any other state against India. Therefore, New Delhi refrains from large-scale financing of its nuclear projects, although it understands the need to maintain nuclear forces in good condition.

The position of the Indian leadership is based on the basic principles of Indian philosophy, which has always been characterized by a humane attitude to any living thing, the desire to preserve the lives of people and the planet as a whole. Indeed, the use of nuclear weapons will be fraught with such a catastrophe, in comparison with which the coronavirus pandemic will seem like an absolutely insignificant event.

As Manprit Sethi emphasizes, now, in the context of a global pandemic, it is time to think about the prospects for reducing nuclear arsenals. Coronavirus showed the limitations of the isolationist approach to ensuring national security, since the whole modern world is closely connected in various planes and no state will be able to ensure its invulnerability from the challenges and risks that threaten all of humanity.

In fact, India would be ready to abandon its nuclear weapons if there were no threats from neighboring states. But the geographical position of India, the long borders with China and Pakistan do not allow the Indian state to make the final choice in favor of renouncing nuclear weapons.

None of India’s adversaries should think that fighting a pandemic will detract from the possibility of nuclear retaliation,
- emphasizes Manprit Sethi, speaking about the position of the Indian government regarding nuclear weapons. And, perhaps, in the current situation, such an approach is indeed optimal.

Ctrl Enter
Noticed a mistake Highlight text and press. Ctrl + Enter
We are
Reports from the militia of New Russia for 27-28 September 2014 of the yearDecember 2010 years. Russian March. Senseless and merciless? Notes not a Russian person
18 comments
Information
Dear reader, to leave comments on the publication, you must to register.