Zuleikha does not know how to make a movie 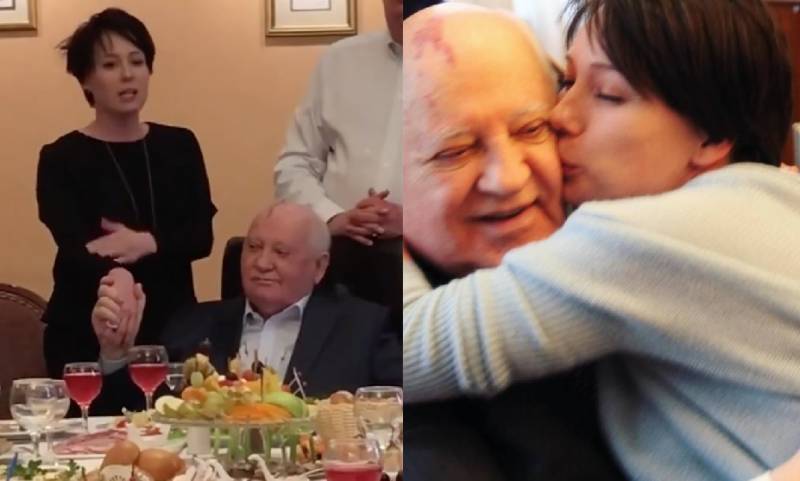 A trip to life for everyone has their own ...

An amazing situation has developed in our capitalist country. Cinematographic figures who “suffered” in the “bloody” USSR, entering the free market they desired, where only the viewer decides the quality of the product, turned sour, like tomatoes in the sun. When their own artistic weakness became clear even to themselves, they began to desperately forge a new system of Russian cinema. In this system, filmmakers who stuck to the state financial flows did not receive an assessment of their work according to the opinions of the audience, not by the decision of the “bloody review commission,” not by the box office in cinemas, but by the number of figures on TV and the quality of the connections between this shop-floor brawl.

Therefore, it doesn’t matter how deeply this or that project has failed, none of the participants will “drown” and stop filming or shooting. Inside their workshop, citizens will hand out awards, praise each other and go to another restaurant to celebrate creative “success”. Thanks to the system created by the "elite" creators, the series "Zuleikha opens her eyes" appeared, which was not advertised except for the iron and the kettle.

Even before the premiere of any series, the morning program with the voices of the hosts with strained glued smiles will tell about the genius of the creation of their own company. In the session of flattering self-hypnosis, the actors themselves, and the producers, etc. will take part. This bashful bloc of self-promotion is now called corporate ethics, so you should not even wait for a drop of truthful opinion from the federal channel, which itself is interested in inflating the empty essence of this or that creation.

The creators of the next "masterpiece"

Sculpted a "masterpiece" film company "Russian". This film company is actually headed by a certain Irina Smirnova as a general producer. In 2004-2005, Smirnova studied at the magistracy of the University of London, and her dissertation was devoted to "management of creative personnel in television production." The company’s official website states that “Russkoe” has earned “truly nation-wide recognition through its stories about the fate of ordinary Russian women. ” For some reason, there was somehow no place among Russian women for either Zoe Kosmodemyanskaya, Lydia Litvyak, Evdokia Nosal, nor Maria Pedenko, nor Nadezhda Likhatskaya ... Although the author doubts that anyone in this “film company” has a serial format knows about these great women. 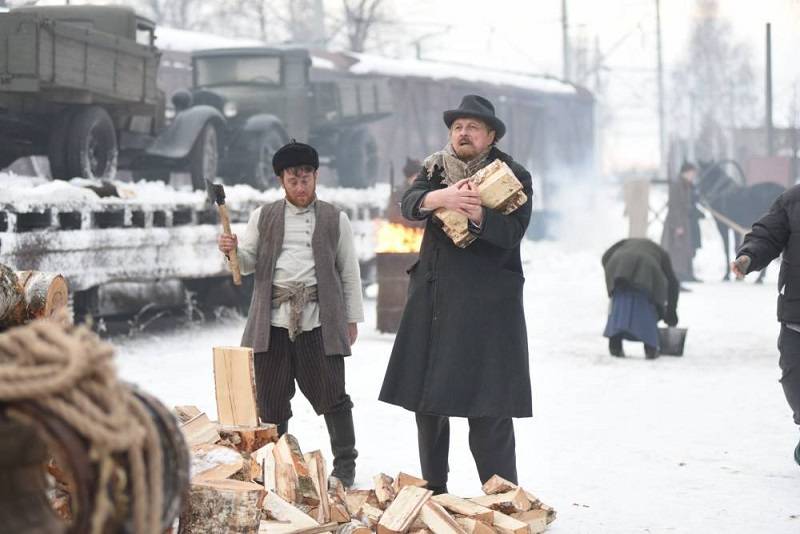 The director was Yegor Anashkin. Anashkin was born in 1979 in German Magdeburg in a military family (as a result, he did not serve in the army). In 2001, he graduated from Moscow State University of Service with a degree in jurisprudence. But suddenly Anashkin felt an urgent need for creativity, so in 2005 he graduated from the directing department of VGIK. Quickly enough, Anashkin trodden the track on TV, participating in the filming of third-rate TV shows and frankly flat comedies and “a la” thriller crafts.

The producers of the series was a whole team of citizens with specific baggage. For example, Anton Zlatopolsky, before Zuleiha, produced the fantastic masterpieces of Bondarchuk Jr., “Attraction” and “Invasion”, as well as “Anna Karenina” with the ubiquitous Boyarsky, “Demon of the Revolution”, etc. Another producer of the series is generally hard to characterize with his work, because he, Alexander Kushaev, produces tons of series a year. And, of course, the list of producers includes citizen Irina Smirnova.

If we omit the frank political subtext of the series, then its full artistic helplessness and impotence come out. The picture was shot on the literary basis of the novel by Guzel Yakhina of the same name, which deserved high marks from Lyudmila Ulitskaya. The very Ulitskaya, who created her own “children's project”, permeated with tolerance towards gays and other citizens, entangled in their own physiology. 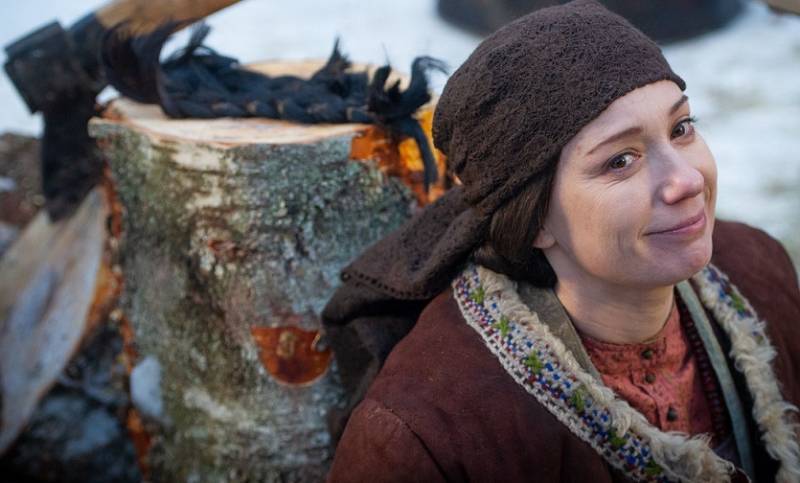 Guzel, who spoke positively about the series, has never been a historian (and I strongly doubt that she ever studied fundamental historical materials). She safely left Kazan and moved to Moscow in 1999, where she worked in the field of advertising and marketing. It is clear that this metropolitan lady, even if she was in a remote Tatar village in which the main character of her novel lives, is only passing through, peering out an air-conditioned car from a window. And she studied the Siberian hinterland of the Gulag, most likely, on the net. And suddenly, as if by a wave of a magic wand, a literary gift descended on her, and her "Zuleikha" became a bestseller (if you are a short-sighted person to believe in it). In short, the foundation is noble.

Plot: flat, like a fence. In 1930, a certain Zuleiha was dispossessed and sent to Siberia. Bloody enkavedeshniki walk in a parade, the irrepressible "scoop" rages, and the leader hovers over this with his satanic gaze! Already at this stage, the series is not just secondary. This is not even a semi-finished product, it is some kind of waste from the meat processing industry that can be used only for pet food.

As for the acting, here everything is not only sad, but unbearably wretched. Many of the critics, apparently out of respect for the leading singer Chulpan Khamatova, said that the young lady walks the whole film with the same face, not a bit playing as an actress. Comrades, you are deeply wrong. Chulpan Khamatova just plays, she has been playing Chulpan Khamatova for more than twenty years and no one else. Even at “72 meters” she was powdered against the background not only of Krasko and Basharov (during his adequacy), but also against the background of Nikolsky, who played the sailor Molodoy. Khamatova, with her impenetrable concrete facial expressions, has been marching through the ruins of Russian cinema for a year now. But again, thanks to a well-cut system, the lady will continue her march with the same mask of a brick wall.

Gamma of feelings
With other actor’s attempts, it’s not better, because in the film there are two human states in principle - facial expressions of Khamatova’s concrete and wild hysteria. At the same time, even men are satisfied with tantrums, but it’s cool and without excitement. Sergei Makovetsky, by the way, is a good actor, playing as if he were passing through here, and his passport was taken from him. Julia Peresild, already not shining, in a hat and on a horse looks like a lady from the American advertisement of vodka a la “Cossack style”.

However, the author may be mistaken, because the scriptwriters, having conjured with the primary principle, issued such types in which there is nothing to play. This is the problem of all anti-Soviet paintings - the reluctance to invite real consultants and turn to reality as such, not to mention historical reality.

Perhaps that is why the NKVD employees are shown in the best traditions of films from the 90s and zero. Those. an employee of the NKVD doesn’t sin by cannibalism. Due to the paranoid hatred of the series’s creators towards the history of Russia, all Chekists in the end look like cardboard villains from Class B American films. They would put the director and scriptwriters of their villains with cannibalism, hard addiction, incest and illiteracy, a thrash comedy would be provided. 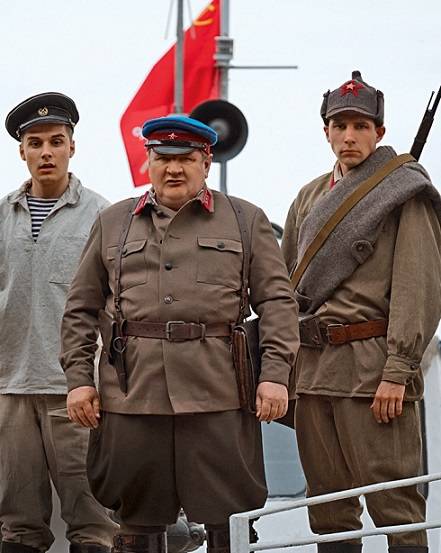 Now we will eat them! You wanted to say - “we will shoot”? It is possible in this order ...
The entire series is strewn with the so-called flashbacks, when the hero is visited by "hallucinations" about his past life. It is glued so mediocre and out of place that the installation looks torn, like the flow of the picture. The latter is due to the fact that the camera work in the series is a kind of unsuccessful hybrid of rare long-scale frames with short clip frames and close-ups in the style of another cheap “soap”. It looks depressingly and hurts the eyes, as if the next "Santa Barbara" decided to give the scale of the great film strip "Sibiriada".

As a result, the only life this series is capable of living is socially scandalous life, which has been a trend for decades: cinematic hackwork, scandal, television cameras and recording in a pro-Western bestiary. And, surprisingly, it all works. Over the years of campaigning, a whole cluster of flocks of anti-Soviet and even Russophobic paintings has formed.

That is why the series, shot by a failed lawyer based on the novel of a young lady who was engaged in advertising and marketing, i.e. the art of selling a layman unnecessary junk to him for money that he does not have, can be considered historical. And it doesn’t matter that the Tarantino pun “Inglourious Basterds” has the same “historicity”.

On the other hand, this is why tearful splashes of hands and false howls about a difficult fate appear, which the plebs do not understand, because it is not so finely tailored than the sensual, free and “independent” creative elites that open their eyes to someone. Although in reality, the state pocket is most often once again opened. 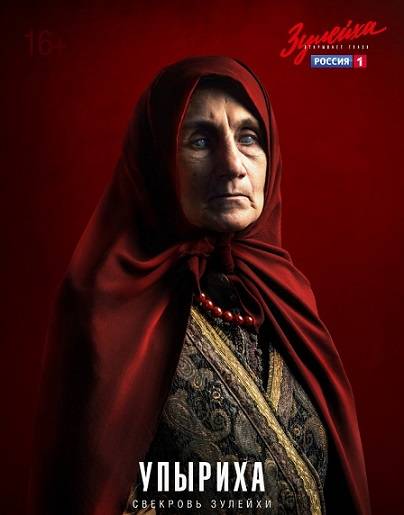 However, unlike other politically biased projects, the creators of Zuleiha also had an ethnic trump card up their sleeve, which they apparently hoped to play. Indeed, according to Western patterns, which were used since tsarist times, and later during the Great Patriotic War, to immerse the empire in chaos and civil strife, the image of a “Russian” was oppressed, oppressing all other peoples. Under this sauce, the Nazis, by the way, formed many national SS battalions.

But this trump card in the end slapped hard on the face of the creators of Zuleikhi themselves. Tatars in their wisdom not only did not support the series, but even spoke out with a certain amount of negativity. The fact is that a man’s neglect and hateful attitude towards his roots, his history, his ancestors ultimately leads to degradation in all areas of his life. Writers descend to the level of libel. Directors become uninterested in their own characters. Actors often scatter words in the press than on the screen. So it feels like the authors managed to do it not just standing, but not even taking off your trousers.

Ctrl Enter
Noticed a mistake Highlight text and press. Ctrl + Enter
We are
Dmitry Puchkov: You can’t defeat someone’s propaganda - organize and lead your own.List of destroyed the largest and most high-tech enterprises
183 comments
Information
Dear reader, to leave comments on the publication, you must to register.