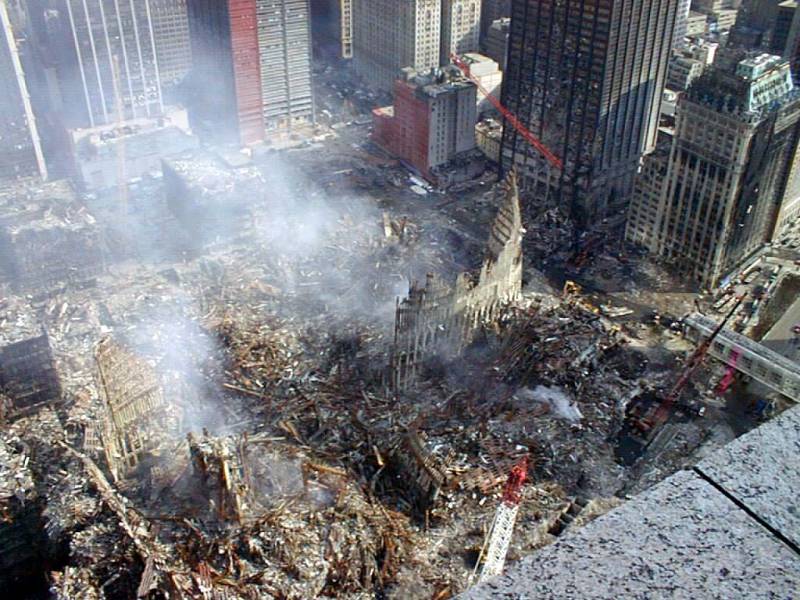 The American media continues to supply readers with new portions of the revelations of the White House leaders. So, the Daily Beast recently published a version according to which the blame for the national catastrophe terrorist attacks on September 11, 2001, rests with former US President Bill Clinton, who did not allow CIA agents to destroy Osama bin Laden long before acts of terrorism.

The publication is based on the author’s impressions of the April 19, 2020 premiere screening of the film directed by Greg Barker “The Longest War”. According to the authors and producers of this documentary, it is “a detailed study of the disaster, which is the war in Afghanistan, which officially began on October 7, 2001 and continues to this day, making it the longest war in stories USA".

One of the main intrigues of the film is the stories of CIA operatives that they repeatedly had every opportunity to liquidate Osama bin Laden, the leader of Al-Qaeda (banned in the Russian Federation), who was later declared terrorist No. 1 on the planet, for example, from agent sources about the exact route of one of its caravans, on which an explosive device could easily be laid. However, according to Bob Grenier, the then head of the CIA’s residency in Islamabad, there was a tacit ban on killing the man at the highest level.

Grenier claims that the taboo came directly from the then President of the United States, Bill Clinton. “We were officially asked to eliminate this threat to the United States, but at the same time, in fact, we had our hands completely tied,” he says. Commenting on these words, Greg Barker sees the reason for the inability of the then top leadership of the US administration to a realistic assessment of the situation.

This is hard to believe, but in the late 90s, most Washington’s national security agencies, including President Clinton, the State Department, and the Department of Defense, simply did not look at Osama bin Laden and al-Qaeda as serious threats. There were literally a handful of people who clearly saw the impending disaster - mostly among middle-level CIA officers who served in the unit directly involved in bin Laden and in the counter-terrorism department of the FBI. However, they tried in vain to raise the alarm at the highest levels - their appeals were not only ignored, but often made fun of,
- the director sums up.

I must say that this point of view, of course, has the right to life, but at the same time it is quite one-sided. Mentioning bin Laden and the terrorist organization that he headed, one should never forget that the United States and its Central Intelligence Directorate were in the first place at the origins of its creation and the rise of the future “terrorist No. 1”. At that time, cutthroats from radical Islamists were vital for Washington to confront the Soviet Union in Afghanistan. However, and subsequently, the Americans found them to be used for the same purpose - during the war in Chechnya and not only there.

Accusing the top leadership of the United States and its president of only "short-sightedness" and the inability to calculate the impending problems with his own "brainchild," Barker is somewhat disingenuous, possibly mistaken in good faith. Most likely, at a certain stage, bin Laden received the status of “inviolable” due to the fact that Washington did not want to lose the usual tool for covert and “dirty” operations. Most likely, someone from the frontiers of American big politics had very specific long-term plans out of those that “mid-level operatives” categorically did not rely on to know - the level of access was not the same ...

And if so, then Barker’s mentioned “political decisions that today seem incomprehensible, such as a decree from the US Department of Justice, which made the intentional killing of bin Laden by U.S. intelligence agents, which made local CIA agents disappointed and anger ”, become quite understandable and logical. The United States has simply once again become entangled in its own behind-the-scenes games, intrigues and secret wars - not for the first time and, alas, most likely, not the last time.

In connection with this alarming and tragic dissonance, a rhetorical question hangs in the air, which is asked by one of the characters in the film, former CIA counterterrorism unit Marty Martin:

Ctrl Enter
Noticed a mistake Highlight text and press. Ctrl + Enter
We are
Situational analysis of the death of the MH17 flight (Malaysian Boeing 777), made on the basis of engineering analysis from 15.08.2014Revelations of a former Pakistani intelligence chief
55 comments
Information
Dear reader, to leave comments on the publication, you must to register.