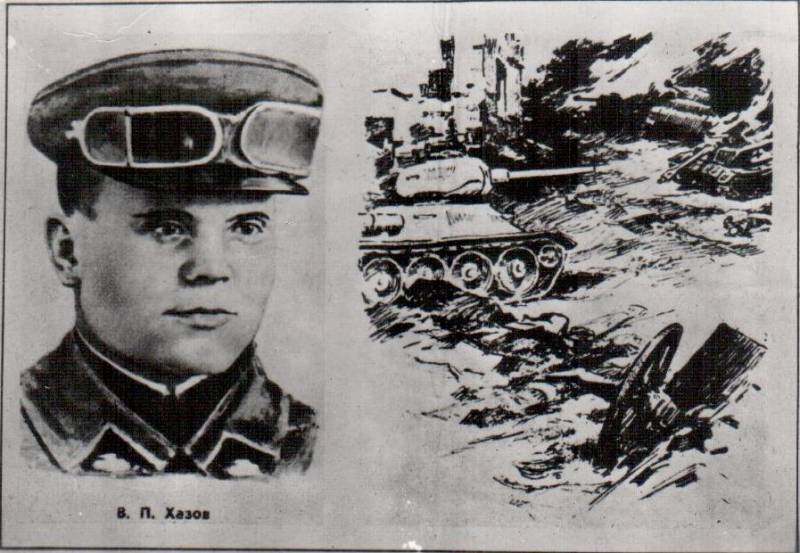 Soviet tank aces. Vladimir Petrovich Khazov is one of the best Soviet tank crews who achieved very good personal results during the years of World War II. A cadre soldier, who had already graduated from the Ulyanovsk Tank School before the start of the war, he showed himself quite well in battles, especially distinguishing himself in the summer of 1942 near Olkhovatka. The personal account of the tanker who died in the battles for Stalingrad on September 13, 1942, is 27 enemy vehicles.

The future Hero of the Soviet Union was born on September 9, 1918 in the village of Lava, which at that time was part of the Simbirsk province. Today the village is located on the territory of the Sur district of the Ulyanovsk region. Vladimir Khazov was born into the most ordinary Russian peasant family. It so happened that the family lost their father early, and in his face the breadwinner. Therefore, the mother of Vladimir had to raise to his feet, as well as his two sisters.

In the early 20s, in search of a better life, the family moved from the village of Lava to the village of Big Kuwai. It was in this village that Vladimir Khazov went to school, where he studied for seven years. The boy studied well enough, having graduated from school with a meritorious diploma. A similar type of training - a seven-year school (incomplete secondary school) existed in the USSR in the 1920s and 50s. After the end of the “seven-year plan”, it was possible to continue education in a secondary school (10th grade), and to enter secondary specialized and vocational schools. Vladimir chose the path to secondary specialized education and successfully graduated from the Veterinary College.

However, he did not have to work in his specialty. In 1937, a Komsomol member was called up for service in the ranks of the Red Army. Already in August 1937, Vladimir Khazov became a cadet at the Ulyanovsk Tank School named after Lenin. By that time, this tank school took the 1st place among all tank schools of the Soviet Union. Within the walls of the school, Vladimir spent two years. The tankman studied only "good" and "excellent", while for his success in service and study he was given 11 rewards. In 1939, Vladimir Khazov was released from school by a lieutenant and left to serve in the Far East. At the same time, he received an excellent final certification, which spoke of authority among his comrades, good tactical training, good knowledge of the material part weapons and technology. 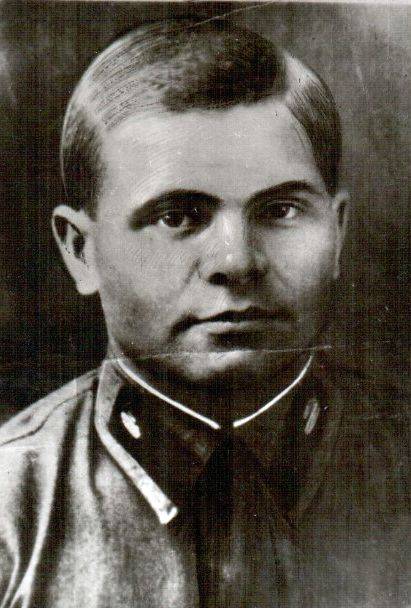 Vladimir Petrovich Khazov, photograph from the funds of the Sursky District Museum of History and Local Lore
The entire pre-war service of Vladimir Khazov took place in the Far East. Initially, the lieutenant was placed at the disposal of the military council of the Special Far Eastern Red Banner Army. Arriving in the Far East, the lieutenant became the platoon commander of the 186th separate training tank battalion as part of the 48th separate tank brigade. Here Khazov trained the future junior specialists of the tank forces, sharing with them his knowledge and skills. At the end of March 1941, Vladimir Khazov was appointed platoon commander for the repair of medium and light tanks of the 116th tank regiment of the 58th tank division as part of the 30th mechanized corps being formed here. It was in this service that our hero found the Great Patriotic War.

Fights near Moscow in November 1941

Vladimir Khazov came to the front in the fall of 1941, after in October the 58th Panzer Division was hastily deployed from the Far East to Moscow, where it took part in the defense of the capital. Initially, the division became part of the Western Front and took up positions on the outskirts of Klin. On November 16-17, the division, together with units of the 16th Army of Rokossovsky, took part in the counterattack of Soviet troops on Volokolamsk. The tank division arrived in parts of the city. Therefore, a sudden and powerful strike did not work, and the tankers did not solve the problem of reaching Volokolamsk. After an unsuccessful attack, the division was transferred to the 30th Army. One of the reasons for the transfer of tankers from the 16th Army to the 30th Army was the breakthrough of the front by German forces from the 3rd Panzer Group.

The division bore the brunt of the battles near Moscow in the late fall of 1941. Including fought near Volokolamsk, participated in the defense of Klin, fought at Rogachev. In battles from November 16 to 28, 1941, the 58th Panzer Division lost 157 tanks out of 198 at the time of arrival at the front, as well as 1731 personnel out of 5612 available. The battles near Moscow became a difficult test for the Far Eastern tankers, but in the same battles they gained real combat experience. Those tankers who survived the heavy battles near Moscow subsequently successfully opposed the Germans, inflicting sensitive damage on the enemy.

On November 29, the division was finally withdrawn from the front and sent to the rear, while most of the equipment remaining in service was transferred to the 107th motorized infantry division. On December 31, 1941, the 58th Panzer Division was disbanded, and the 58th Panzer Brigade was created on its basis. At the same time, Lieutenant Khazov in February 1942 was first appointed commander of a tank platoon in the second tank battalion of the brigade, and then, as the best platoon commander, he was promoted to commander of a tank company.

Fights near Kharkov in May 1942

In March 1942, Senior Lieutenant Vladimir Khazov was transferred to the 6th Tank Brigade formed on the Southwestern Front. The brigade was formed near Stalingrad in the local training armored center. Here, the training of tank crew members was carried out, as well as the marching of the marching companies of T-34 tanks, which were carried out in the shops of the Stalingrad Tractor Plant. The first 20 thirty-fours were received by the 6th tank brigade in March 1942. Already on April 15, the brigade left for the front in the area of ​​Kupyansk. 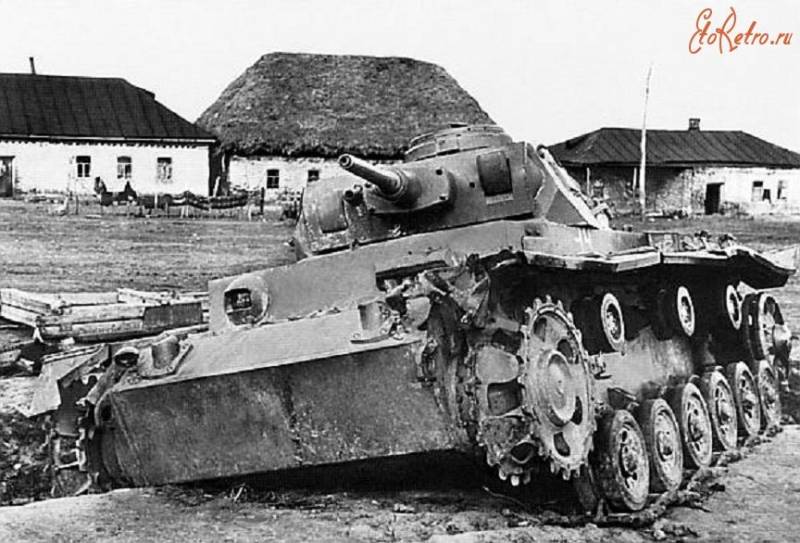 Defeated near Kharkov in May 1942, a German tank Pz III
In May 1942, the 6th tank brigade took part in the unsuccessful offensive of the Soviet troops on Kharkov, which turned into the subsequent Barvenkovo ​​catastrophe. The 6th Panzer Brigade was attached to the 28th Army and participated in the strike north of Kharkov. At that time, the brigade was brought to new states and had 46 combat vehicles in service: 10 KV-1 heavy tanks, 20 T-34 medium tanks and 16 T-60 light tanks.

As part of the 6th brigade, Vladimir Khazov commanded a company of T-34 medium tanks. In the battles from May 12 to May 18, 1942, in the area of ​​the settlements of Ternovaya, Petrovskoye and Kruglyaya groves, Vladimir Khazov, along with his crew, destroyed 4 enemy tanks. For these battles, during the offensive on Kharkov, Senior Lieutenant Vladimir Khazov was introduced to the Order of the Red Banner.

Fights near Olkhovatka in June 1942

Commanding a company of T-34 tanks of the 235th tank battalion of the 6th tank brigade of the South-Western Front, senior lieutenant Vladimir Khazov distinguished himself in summer battles in the area of ​​the village of Olkhovatka. Acting from ambushes, Soviet tankmen inflicted tangible damage to the enemy in manpower and equipment. At the same time, the company commanded by Khazov was particularly distinguished, including by defeating a column of German tanks, which the Soviet tankers were able to take by surprise 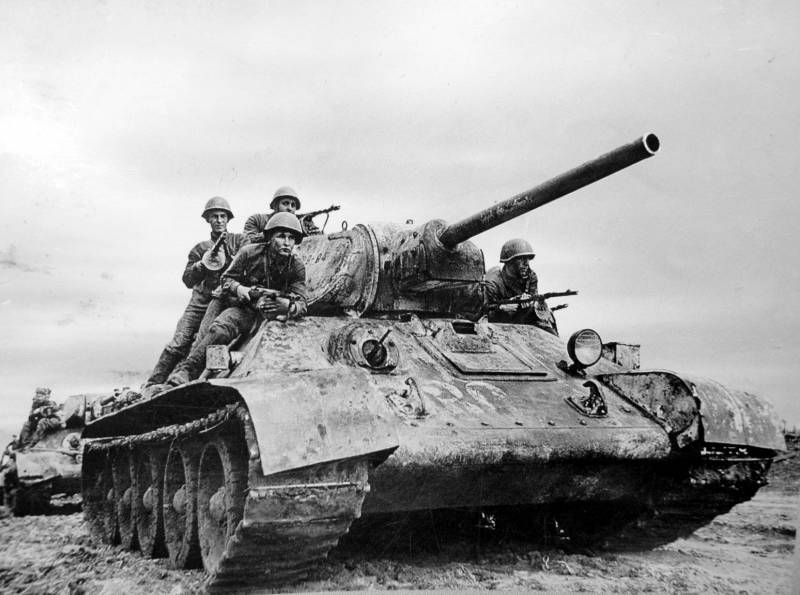 The hero’s award documents said that on June 14, 1942, acting in an ambush, in an area west of the village of Olkhovatka, Vladimir Khazov, together with three tanks of his company, was able to repel the attack to 40 enemy tanks with the support of infantry. In this battle, Khazov personally hit 4 enemy combat vehicles.

The next day, June 15, together with three tanks of Vladimir Khazov, they sent to attack a column of enemy tanks, which was found on a road two kilometers west of Olkhovatka, in total there were 27 enemy vehicles. The Germans were able to catch by surprise at the time of concentration. Despite the enormous superiority of the enemy, Soviet tankers attacked the enemy. Firing from a place and from stops, the T-34 steamed an ice rink through a German convoy, in a short time they managed to knock down and destroy 15 enemy tanks. In this battle, Khazov wrote down on his personal account 8 disabled German tanks that could be set on fire, as well as several wrecked vehicles, while maintaining his own thirty-four in good condition. In total, in battles on June 14 and 15, a platoon of a tank company of Khazov chalked up 31 disabled enemy tanks.

For these fights near Olkhovatka on June 14 and 15, 1942, Vladimir Petrovich Khazov was introduced to the title of Hero of the Soviet Union with the award of the Golden Star medal. Unfortunately, the commander did not manage to get the award, he died in the battles for Stalingrad on September 13, 1942, when the remains of the 6th tank brigade restrained the attacks of German tanks and infantry in the area of ​​the Red October factory. In one of the battles, Senior Lieutenant Khazov, who a week before had hit the pages of the newspaper Krasnaya Zvezda, was wounded in the head. They tried to evacuate the commander from the battlefield to the rear right on the armor of the tank, but the ball fighting vehicle was attacked aviation the enemy. In this unequal battle, Vladimir Khazov was killed, by that time on his personal account there were 27 disabled enemy tanks. 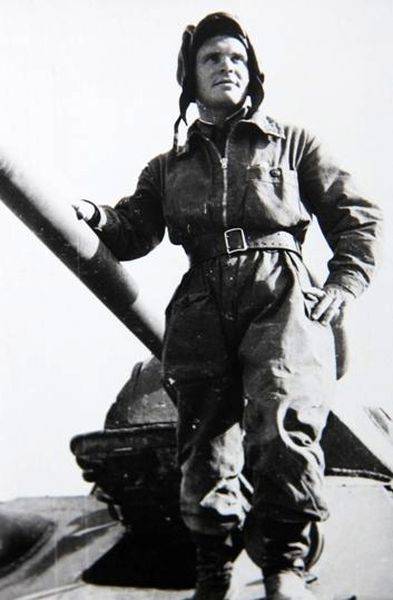 Senior Lieutenant Vladimir Petrovich Khazov on the T-34 tank, photo taken in August 1942
Vladimir Khazov was buried in a park near the Lenin Club (the former Trinity Church) in the Rykov village near the Krasny Oktyabr factory, which at that time housed the rear of the 6th Tank Brigade. Later, the brave tanker was reburied on Mamaev Kurgan. November 5, 1942 he was posthumously presented to the title of Hero of the Soviet Union. The memory of the hero-tanker was immortalized in Volgograd and Ulyanovsk, where streets are named after him.

We are in Yandex Zen
What people keep in memory of the war
Nikolay Lebedev. Thunderstorm Romanian 1st Panzer Division
17 comments
Information
Dear reader, to leave comments on the publication, you must to register.