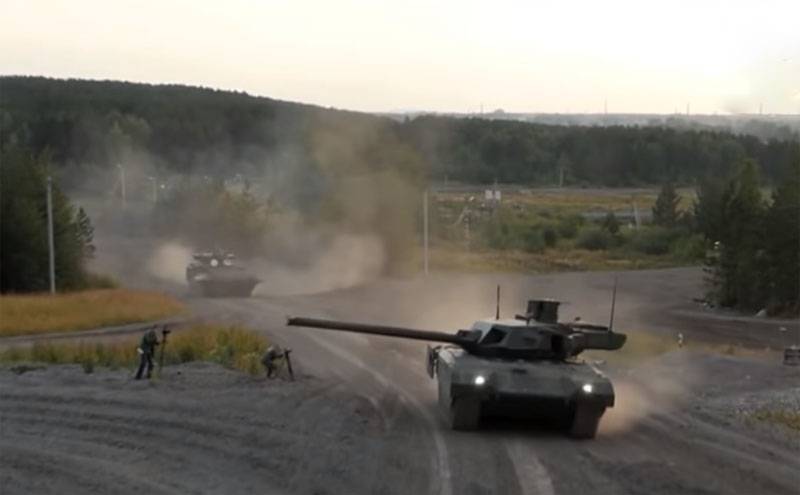 
The official made a short statement, confirming that the new generation of Russian tanks were indeed in Syria.

Yes, they were in Syria. Tanks were sent to this country in order to take into account all the nuances of their use in combat conditions.
According to the minister of the Russian government, such tests and tests in combat conditions will ultimately contribute to the formation of the final appearance of these military vehicles.

The Minister did not report on the exact circumstances of these tanks in Syria.

Recall that the T-14 Armata is the only tank in the world that belongs in its design to the new generation of armored vehicles.

It is important to note that before the country's Ministry of Defense did not report T-14 tests outside of Russia. Apparently, these trials and foreign partners "missed".
Ctrl Enter

We are in Yandex Zen
Reports from the militia of New Russia for 27-28 September 2014 of the year
Yuri Drozdov: Russia prepared the role of the sacrificial calf
353 comments
Information
Dear reader, to leave comments on the publication, you must to register.