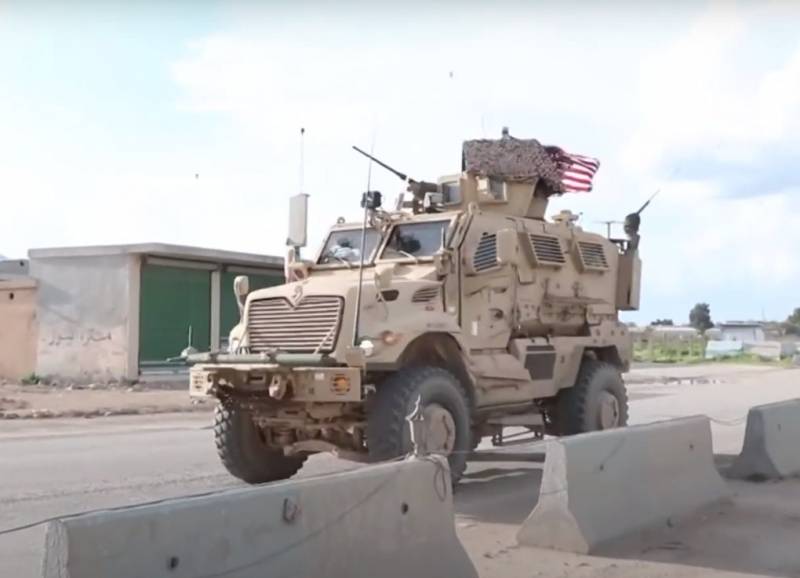 The US and Turkey continue to increase their military presence in Syria. Meanwhile, militants continue to be active in various provinces of the country, meeting a decisive retaliatory response from the Syrian Arab army.


In the province of Latakia, Syrian government forces were able to launch a successful attack against Turkish-backed illegal armed groups. As you know, at the junction of the borders of the provinces of Hama, Idlib and Latakia, radical groups operate that do not recognize the ceasefire. After another provocation, the Syrian Arab army attacked the positions of the Jebel al-Turkman formation (Turkmen Mountains), as a result of which one of the militants of this Turkish organization was killed.

In the west of Aleppo province, one of the field commanders of the Khayyat Tahrir al-Sham group (* banned in the Russian Federation) was killed. Local sources suggest that the attack on the gunman is another episode of civil strife in the ranks of anti-government groups operating in Aleppo and Idlib.

Skirmishes between the radicals and government forces took place in the province of Idlib, near the villages of An-Nairab and As-Salihiya. Losses and damage caused by the parties to each other are not reported. Meanwhile, another Turkish military convoy arrived in Idlib with equipment and building materials for the new observation post of the Turkish army.

Whereas in the provinces of Idlib and Aleppo against the Syrian government forces, the Hayat Tahrir al-Sham, which is banned in Russia, and pro-Turkish groups like the Syrian National Army, are acting mainly in the provinces of Daraa, the militants of the banned Islamic State in Russia are especially active. There they use tactics of targeted attacks on local government officials, shooting them and intimidating the population.

Also periodically organized attacks against government troops. Last day, in the area of ​​the village of Khirbet-Qais, unidentified militants attacked the Syrian Arab army. One member of the government forces died. However, government forces manage to conduct successful raids.

Now in the province of Deir ez-Zor, the Syrian Arab army is preparing to conduct another operation in the desert of Badiya al-Sham. It is here that IS militants have recently shown increased activity, which are hiding in areas controlled by the forces of the international coalition led by the United States.

In the province of Hasaka actively act against the militants of terrorist groups and fighters of the Syrian democratic forces. Thus, in the Al-Khol camp, where refugees from war-ravaged villages are being held, several men and a woman were detained as a result of a Syrian democratic forces raid. They were all suspected of involvement in IG structures * and participation in the planning of terrorist acts in the province.

In turn, in the village of Al Ahras in the province of Hasaka, raids were carried out against sympathizers of the Kurdish militia. Militants of pro-Turkish groups arrested over 40 people who are suspected of helping Kurdish groups. It is possible that the raid was a response to the death of 5 militants of the pro-Turkish "Syrian National Army" as a result of the explosion, in the organization of which SNA suspects the Kurds.

A new convoy of the American army entered the province of Hasaka from the territory of neighboring Iraq. This time, the Americans introduced 45 armored vehicles and more than 200 marines to the province. The column advanced towards the US Army military base in Al-Shaddadi. At the same time, planes from the United States-led international coalition covered it from the air.

While CAA troops are fighting terrorists, Syrian civilian authorities, with the support of law enforcement, continue to fight the spread of coronavirus in the country. Russia also provides all possible assistance to Damascus: it is known that our country sent 10 tests to determine the coronavirus, 50 mechanical ventilation devices, and personal protective equipment to Syria. The delivery of humanitarian aid from Russia to Syria followed the official appeal of the Syrian authorities to Moscow asking for help.
Ctrl Enter
Noticed a mistake Highlight text and press. Ctrl + Enter
We are
Militants "Hayat Tahrir ash-Sham" in Idlib - Turkey: Just try to disarm usGroup "Hayat Tahrir al-Sham" captured the Syrian Idlib
18 comments
Information
Dear reader, to leave comments on the publication, you must to register.