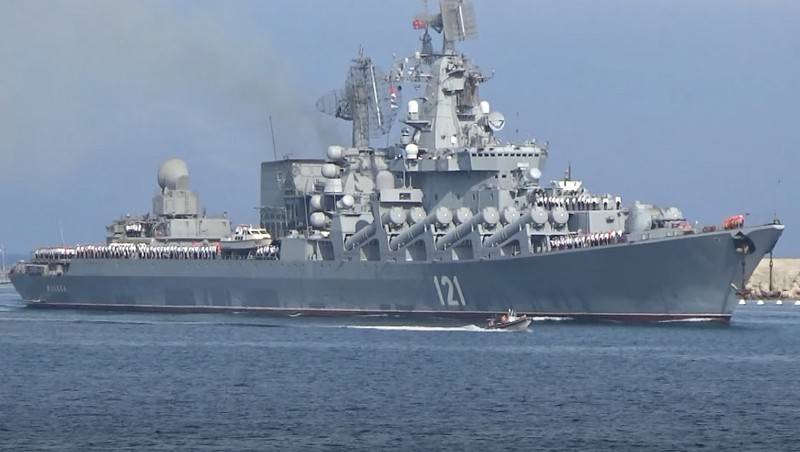 Р¤Р »Р ° РіРјР ° РЅ Р§РµСЂРЅРѕРјРѕСЂСЃРєРѕРіРѕ fleet - the Nakhimov Guards Order missile cruiser "Moscow" will become part of the permanent group of the Russian Navy in the Mediterranean Sea. Sending the ship to the Syrian coast is scheduled for late summer this year. This was reported by TASS with reference to two sources in the military-industrial complex.


According to one of the sources, the cruiser’s full technical readiness will be restored by July of this year, after which the “Moscow” will pass the tests and go to the Mediterranean Sea at the end of summer. The second source confirmed the completion date for the complete repair of the ship and the fact of the cruiser joining the Russian group off the coast of Syria.

On April 20, Moscow will dock at the Remkor enterprise at the final stage of repair; it is planned to fully restore the technical readiness of the ship by July. Then the cruiser’s crew will pass the course tasks in the Black Sea and in August the ship should go on a long voyage to the Mediterranean Sea
- the agency leads the words of the source.

Earlier, Izvestia, citing its own source, reported that the cruiser should return to the fleet by May 9. It was stated that the ship’s marching readiness was fully restored and repairs were coming to an end. The service life of the ship is extended to 2030.

The Navy Commander-in-Chief did not comment on information regarding the Moscow cruiser.

We are in Yandex Zen
The Russian fleet is able to act. To the results of exercises in the Mediterranean and Black Seas.
The British Navy raised the alarm. Close to Scotland came the Russian navy
71 comment
Information
Dear reader, to leave comments on the publication, you must to register.