Military movie fan. Why am I obligated to hate the Tatars? 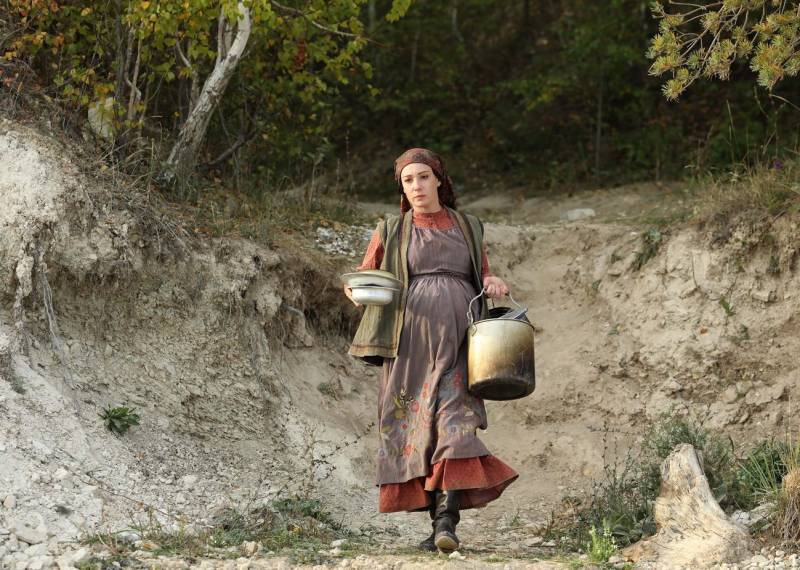 Actually, it’s not about Zuleikh, to be honest. Yes, I’ll say right away that this is the first time that after the first series it became clear to me, and there was no need to continue. I have been writing about films for more than a year (fourth), but now it happened.


So, right away, to stop possible ranting “about the plot”, I will say this: there is no plot. More precisely, he is as old as the world. You saw this story in The Bastards, The Shtrafbat, The Citadel and other miscarriages of our Ministry of Culture and his accomplices, who didn’t even spit (replace one letter yourself, okay?) The Soviet past. 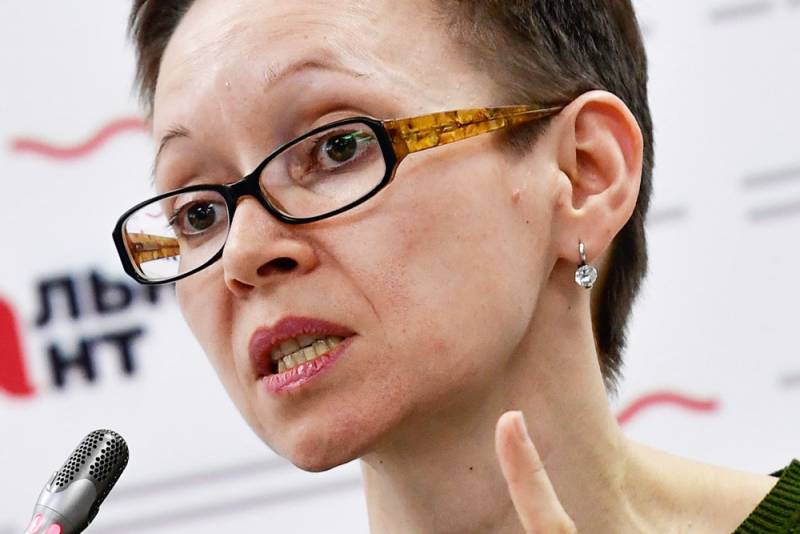 Well, yes, this is a photo of the author Zuleyhi, Guzeli Yakhina. Well, just one more thing. Co-author or “parent 2”, that is, Chulpan Khamatova. 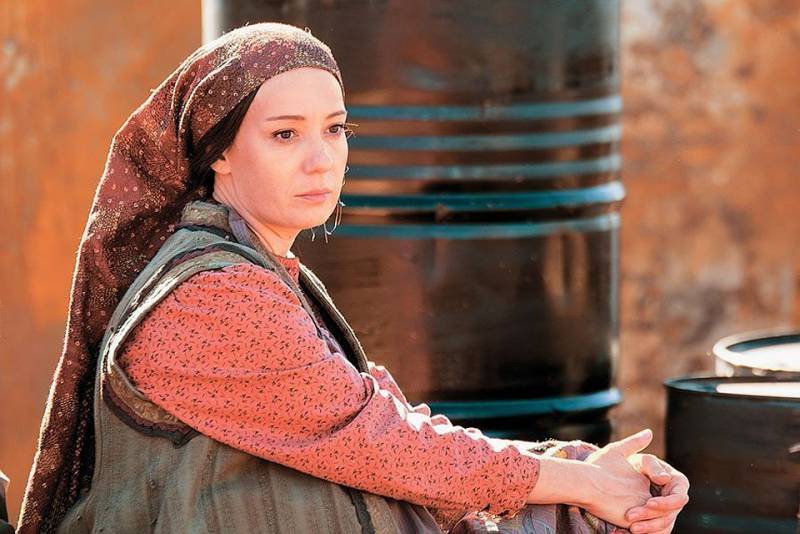 I have not been surprised for a long time at the amount of hatred and slop that the Russian Ministry of Culture prepares and spills out onto the screens. It is clear that here the order comes from the very top, and complaints can only be to Putin, who (as usual, however) indifferently wants to watch his ministers have fun with Sovietophobia.

The funniest thing is that ministers change, and the essence remains unchanged. Every year, by May 9, some regular dirty trick is published.

I came to a very interesting and unexpected conclusion, dear readers.

But the conclusion will be at the very end, but for now just two words about the series about open eyes.

“For example, I hate the Great Patriotic War, I cannot be proud of it. For me, this is pain, blood and suffering, not only of the Russian people, but also of the German, soldiers and civilians of other countries. In principle, I hate wars and I will never support any of them. And if it does happen, then I will be sorry for all parties to the conflict. "
(Chulpan Khamatova.)

The position of the human rights activist is clear and understandable. As well as her participation in the film, which gives a certain degree of confidence in the reliability.

In general, what is needed for a modern Russian film to satisfy the requirements of the day, that is, the Ministry of Culture?

Everything is simple: sex, blood and the damned Soviet past.

All three components are present, and, as I understood from Yakhina’s rants, she still held herself in black gloves, and did not show ALL the truth. And the whole truth, she was so-so-ah-I ...

True, apparently, it was like a soundtrack to the film. The grave-mournful howl, tearing nerves and stuffing them into the soul - according to the authors of the series, it was it. Fierce melancholy, hopelessness and uncertainty.

So, about open eyes.

And then the tsar-father died and completely forced life began. When the Soviet Republic. And the terrible Bolsheviks came, who decided to lime all the Tatars to the root. Excuse someone and starve to death, someone, excuse me, fuck him to death, because (quote) "there is no one to trample the commissars."

Yes, commissars, of course, only Russians and Jews. There is no third.

Another quote from Mrs. Khamatova:

“The slave consciousness that the Soviet government has been planting for so long is a post-traumatic syndrome that needs to be cured and forgotten.”
Not cured. Also slavishly, excuse me, you continue to lick the dirty myth about how the Russians spread rot and humiliated everyone.

In the midst of the rule of the Soviet regime, which nevertheless nourished and learned them, and made it possible for both, after a certain time, to write and put slanderous libel on the Tatar people.

Indeed, for whom it offends me, it’s for the Tatars!

Of course, Yakhina and Khamatova for some reason really wanted to humiliate and denigrate this ancient and proud people. Apparently, something like that they both have to the past.

The movie, which was filmed according to the pitiful little book of Yakhina, has the entire mandatory set of modernity: a really dumb Tatar woman who suffers reproaches from her mother-in-law, insults that her husband humiliates five times a day, plus yes, you can evaluate the frankly swine scene of sexual satisfaction of Zuleiha’s husband.

Well, of course, it was under the Soviet regime. Here, with the king-priest - on the feather bed with sheets, and with all the possible routines. And under the Soviets - that's just it.

And Khamatova, in a frame with such masochistic pleasure, demonstrates to us the behavior of a proud Tatar woman - she tacitly endures everything from everyone. Especially from her husband.

Murtaza is a spit in the face of all Tatars.

Shown directly as a worthy rival to the Russians from the NKVD. Dumb, lustful, evil animal. Dumb - because the main phrase to the wife, granted by Allah: "Yes, who needs you." Then anyone will have a question, like, a Tatar, you yourself married, didn’t you see, didn’t you think?

Well, how Murtaza realizes his sexual needs is shown in the film. I’m not sure that the real Tatars clapped their hands, watching and saying “Yaksha!”

He beats his wife with anything, and purely for the sake of entertainment.

In general - a handsome man, Murtaza, a portrait of a true Tatar!

Well, how this handsome was taken out of the plot, generally super!

So simple: in winter, go to the cemetery to hide grain! Well, just a Tatar could not have come up with a better place, because he prepared a grave and realized a coffin as a bunker. A bummer came out with bags, but again this is Tatar stupidity. 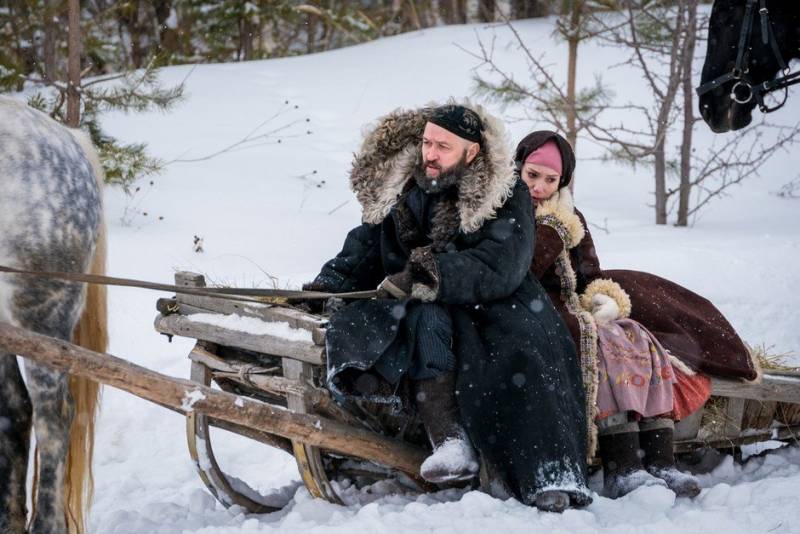 Well, of course, Murtaza could only die like an idiot: rushing to the patrol of armed Red Army men. Those, too, are shown by those still Pinocchio, but they did not blunder and nailed Murtaza.

Zuleikha drags her husband’s corpse home, puts him on the bed and lays down next to him. Family, sorry ... sick?

Oh no, sorry. In the "film" there are also "hysterical references", which describe the number of dispossessed in 1928-1930. That is, almost 15 years after the power in the country changed.

But for some reason, not a word has been said about the percentage at which the “fists" loaned grain for sowing to poorer villagers. In general, these were the first microloan organizations in the world, if that.

And not a word about the burned village councils, the killed engineers, machine operators, teachers, doctors ...

And they were not there. Murtaza, who beat his wife, hid grain, attacked the military - he was, but there was nothing else.

Who benefits from the Tatars, who, although with turbulences, have lived with us for so many hundreds of years, suddenly appear like this ... odorous?

Yes, I do not know such Tatars. And I don’t want to know.

What should I do with 161 Tatar - Hero of the Soviet Union? And with the seven Crimean Tatars Heroes? And one double Hero? 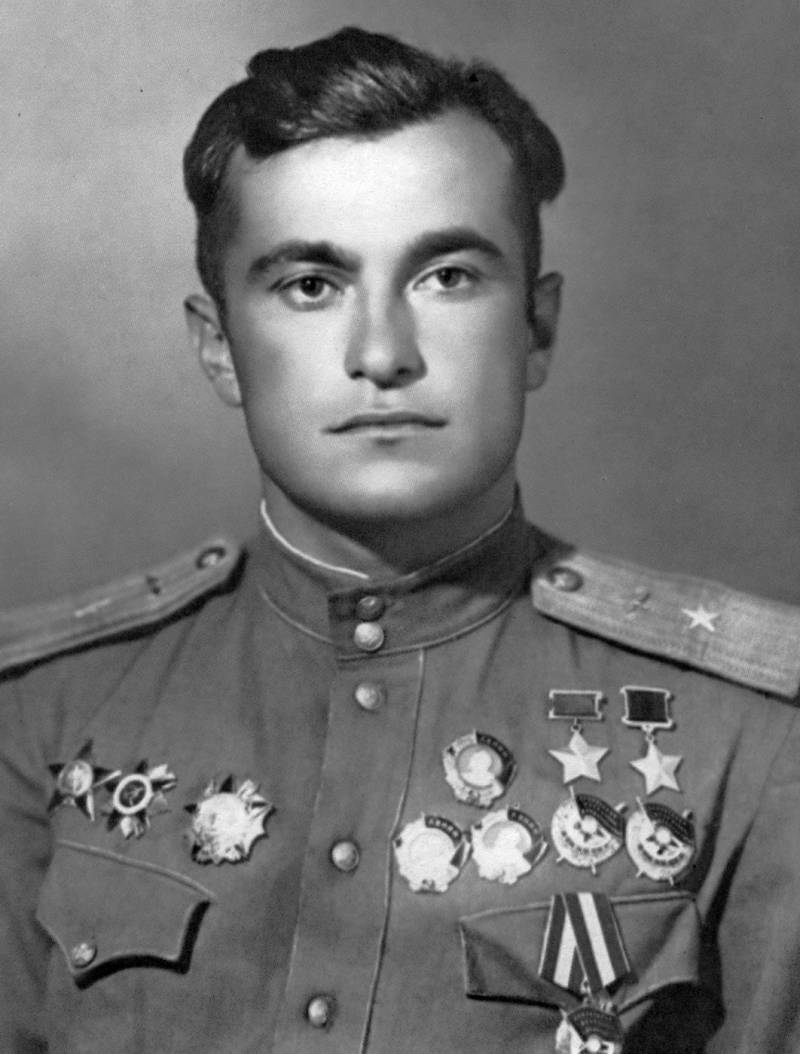 And with more than 70 awarded?

I just want to send all this to the prosecutor’s office, and to the general one, and ask if Khamatova and Yakhina’s acts reveal facts that correspond to article 282 of the Criminal Code of the Russian Federation?

What is this, if not the eight-episode humiliation of the Tatar people?

They built a country together, defended together, shed blood and labor sweat together ... Kazan is a modern pearl of cities, who built it? Slaves - the descendants of the stupid and limited Tatars from the movie Yakhina, or still the descendants of an ancient and proud people?

I have to admit: we sailed.

We have something there mumbling with the lips of the Ministry of Foreign Affairs about the fact that our monuments are demolished abroad ... Without much success, however, like everything performed by our authorities.

That is, with our past.

Oh, how should the Constitution be changed, right? In order to straighten our shoulders, our government, under the leadership of the president, defended the historical heritage and the past ...

Yeah, right from the moment of signing, protection and preservation will begin.

In the meantime, here’s another Rzhev, here’s Shtrafbat, here’s Sevastopol Story, here’s “Tanks", Here is the T-34. Eat. And do not forget to vote. And it will become even worse.

For a long time, we from Belarus had nothing like this. It’s time, you know, to shoot a film about the traitors-Belarusians who hid in the forests. And about the Ukrainians, they are also good.

What expanse do you feel? What a cut the budget ... Take a list of nationalities of the Heroes of the Soviet Union, and about each and every one of them.

With the roar of falling monuments all over Europe.

And what, the monuments fell, fall and will fall. While we were respected (and some were afraid), no one would even think of touching them.

But excuse me, what kind of respect for the people who constantly spit in themselves can we talk about?

We want to be respected - we must start with ourselves. Respect your past. And wipe from the present those who are stained with brown paint our past. Without which, as you know, there can be no future.

We are in Yandex Zen
A great interview with Sergey Lavrov: about Ukraine, Obama and Iran
What you didn't want to know about England
317 comments
Information
Dear reader, to leave comments on the publication, you must to register.