Coronavirus: so the fight or still half measures 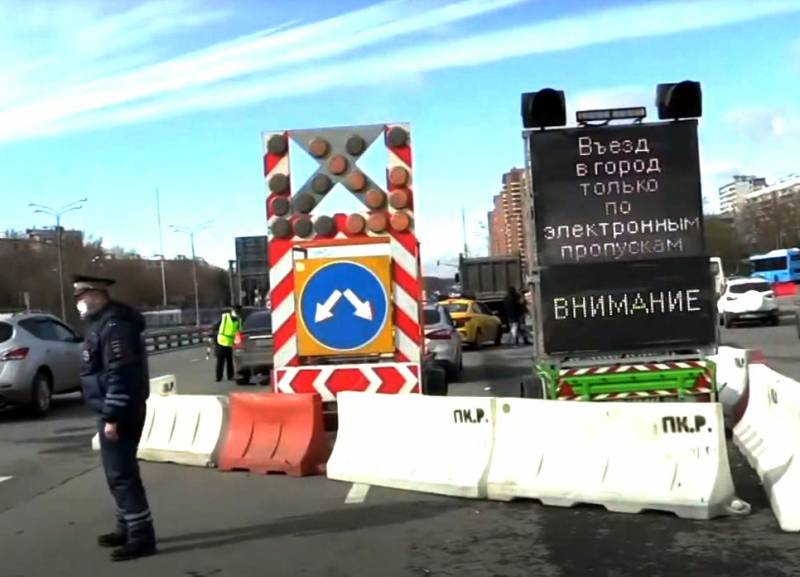 In the Moscow metro - thousands of queues due to access control, but alone in a deserted park can be fined. The "stars" of show business call for self-isolation, but they themselves do not leave television. As a result, measures against a pandemic raise more and more questions.


Almost all countries of the world are engaged in the fight against coronavirus today, while experts and analysts, meanwhile, are discussing what humanity will do today, how it will live after a pandemic, and how this mysterious disease has spread across the planet. For example, American intelligence, as it turned out, back in November 2019, warned the NATO countries and Israel about the spread of the coronavirus, although China officially started talking about the epidemic only at the very end of December 2019.

By the way, in Russia in the fall of 2019 in many regions there was an increase in cases of viral pneumonia (which is concealed, and the author of these lines suffered from pneumonia just at that time, and many friends and neighbors were ill in the fall) –Winter). So, it is likely that the virus began to spread in 2019, but only now governments have paid attention to it. At the same time, the official point of view of the US military department remains the same: SARS-CoV-2 has a natural origin.

In almost all regions of Russia, a self-isolation regime has been introduced. The authorities claim that self-isolation is one of the most effective ways to prevent a further increase in the number of cases. In a certain sense, this is true, but only if it is real self-isolation, and not selective, when in the same Moscow millions of people continue to work and go to work.

But take any average city and what do we see? Due to the reduction of buses on routes, public transport is crowded, at stops - queues (you can not even mention the passage system in the Moscow metro). It is much easier to get on the bus or in the queue than during a walk in the park or, horror, trips with family members with whom you already live under the same roof, to the country house - to barbecue.

Patrolmen check hundreds of people every day, touching their documents (albeit with gloves - or does the virus die immediately with gloves? ..), approaching them closer to the established social distance. And it would be okay to approach the apparently idly staggering groups of citizens, but they did stop lonely passers-by going to the store. What is the point if the same policeman can act as a carrier of the disease? 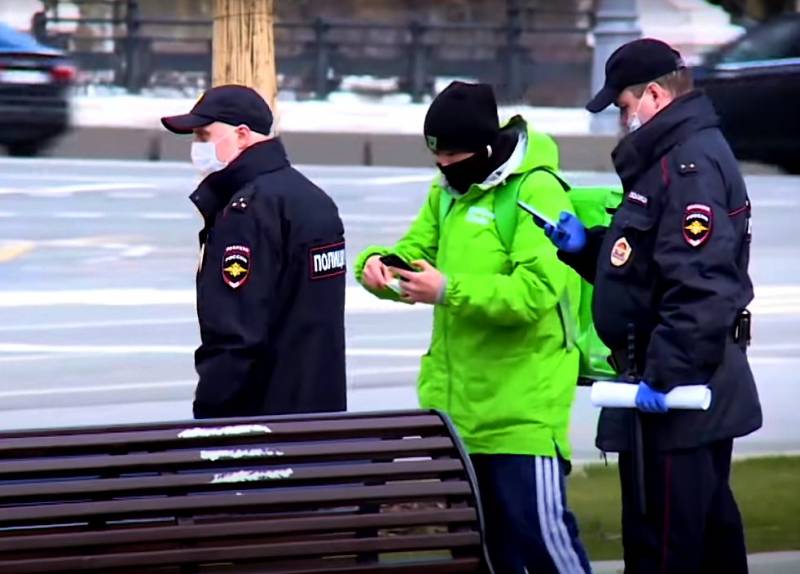 It is unlikely that such measures really hinder the spread of coronavirus. In addition, as expected, the authorities with pleasure introduced police measures, but practically did not provide the population with real social support.

It is not surprising that the population as a whole perceived the regime of self-isolation rather negatively, especially when it became clear that the "non-working week", which Vladimir Putin spoke about at the end of March, was indispensable. It is no coincidence that the president of neighboring Belarus, Alexander Lukashenko, when asked about the introduction of a self-isolation regime, answered directly:

What will we eat?
No wonder the measures taken by the Russian leadership are called half measures. Self-isolation, assistance to low-income families with three children and Moscow unemployed are, of course, positive undertakings.

But I must admit that the cons outweigh the pros:

- the issue of social support for wider categories of the population has not been resolved;
- The federal government dropped responsibility on the governors;
- on the ground, the organization of sanitary and epidemiological measures is lame;
- a severe blow was inflicted on small and medium-sized businesses, he has no real help;
- The media and social networks contribute to the growth of panic and decadent moods, and increase hysteria.

By the way, society is now divided into ardent supporters and opponents of self-isolation. Some urge almost to jail those who went outside, others accuse the government of almost fascism and talk about a conspiracy of world elites. And today, perhaps, no one can give an answer to the question of how to get out of the current situation and overcome its consequences.

If you believe the official statistics, Russia has come to one of the first places in terms of growth in the number of detected cases of COVID-19 per day - over 4 thousand cases per day. For comparison, the United States - 3674, Germany - 1566, Spain - 2132, South Korea - 22.

But it is difficult to deny that this pandemic will change the world, in a sense, “resetting” both the economic system and political relations, and, more importantly, the social and sociocultural foundations of modern man’s life. The atomization of modern society will become even greater, entire spheres of activity are rapidly digitalizing, control over each person will intensify - and this is only the first thing we can assume.

Ctrl Enter
Noticed a mistake Highlight text and press. Ctrl + Enter
We are
About Stalin and KhrushchevWhat you didn't want to know about England
179 comments
Information
Dear reader, to leave comments on the publication, you must to register.