Project CHAMP. Electromagnetic rocket is preparing for the series 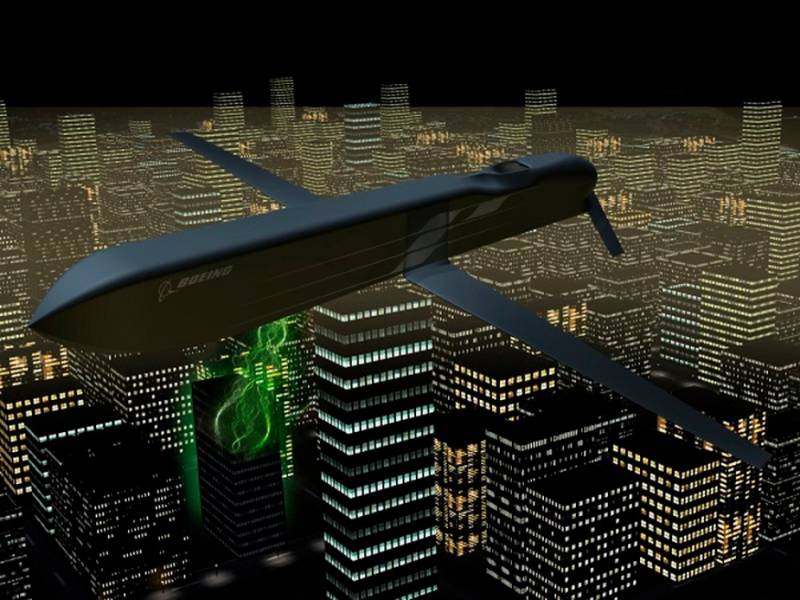 Rocket with CHAMP system on board - demo image

Various electronic systems are of particular importance to armies and civilian infrastructure. Their destruction or incapacitation can make a decisive contribution to victory. In this regard, the leading countries of the world are developing a diverse electromagnetic weapon. In the USA, the most interesting results in this area were obtained by the CHAMP program, developed by order of the Air Force.

Work on the CHAMP program (Counter-electronics High Power Microwave Advanced Missile Project - “A promising project for a powerful microwave rocket to destroy electronics”) began at the end of the last decade and was carried out by several organizations. The leading role in the program is played by the Air Force Research Laboratory (AFRL) represented by the Directed Energy Directorate (DED).

It was planned to involve commercial enterprises as developers and manufacturers of specific products. So, almost immediately after the start, Boeing joined the program in the person of the Phantom Works branch, which solved development tasks. Subsequently, there was a proposal to engage Lockheed Martin as a manufacturer of delivery vehicles for CHAMP products. One of the applications of technology was developed at Raytheon.

To date, the bulk of the work on the new EMP weapon has been completed. The necessary tests were carried out, and in May 2019 there were reports of the delivery of the first CHAMP pre-production systems as part of modified aviation missiles to the Air Force.

The goal of the CHAMP program was to study the possibilities, search for solutions and develop technologies for creating weapons capable of hitting the enemy’s electronics with a powerful electromagnetic pulse. At the same time, the possibility of the full implementation of the found concept and its bringing to operation in the army was not ruled out. 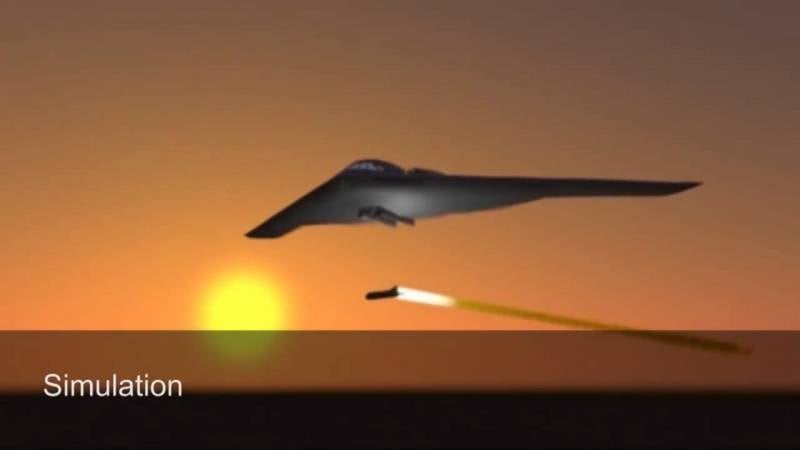 CHAMP or similar EMP weapons can be a convenient addition to existing electronic warfare systems. EW systems are able to temporarily disable enemy systems, while EMR weapons simply destroy them. As part of the program, it was planned to develop methods for optimal and flexible joint application of two classes of systems.

As part of the CHAMP program, a search was made for technologies and technical solutions suitable for use in various fields. On their basis, an EMR system was developed for aircraft missiles, and then a project for a land complex with similar capabilities appeared.

One of the objectives of the program was to reduce the pulse power to the minimum necessary. This made it possible to reduce the requirements for the power supply of military equipment, and in the presence of high-precision guidance systems - dramatically reduce collateral damage. Saving energy also allows you to hit multiple targets in one flight.

On October 22, 2012, Boeing announced the first successful testing of a CHAMP product as a missile weapon. The press release was accompanied by a short video demonstrating the basic principles of work and statements by the developers. It is noteworthy that the experimental rocket or CHAMP system was shown only in the form of computer graphics.

From the published data it follows that the result of the program was a compact electronic unit suitable for mounting on aviation rockets. It includes power supply facilities and a microwave radiation generator with a directional antenna device. During the flight, CHAMP can aim the antenna at a given target and “hit” it with directional EMP. 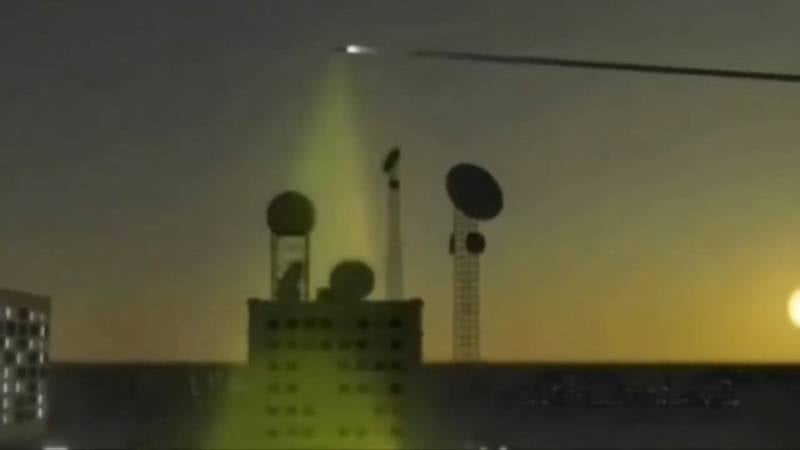 Demonstration of the principle of the rocket with CHAMP
The missile flew over the training ground along the specified route. Several times at given points, the CHAMP system generated an electromagnetic pulse of the required power and configuration. As conditional goals, various electrical and electronic devices were used. All of them failed due to EMR exposure, demonstrating the potential of the CHAMP product.

In June 2013, Raytheon tested its version of the CHAMP system as a self-propelled ground based system. All devices were placed in a container on a standard car chassis. An antenna device with a characteristic large mirror was installed on the roof of the container. Using communication and control equipment, the EMP armament complex was connected to a surveillance radar.

During tests over the test range, unmanned aerial vehicles flew. The radar performed their detection and gave target designation to the CHAMP system. Her task was to defeat the UAV with a directed electromagnetic pulse. The complex worked in a fully automatic mode, although under the supervision of operators. He managed to successfully hit all the targets, and it was not a question of temporarily incapacitating - the electronics of the targets burned out.

The result of the CHAMP program was a set of technologies and technical solutions on the basis of which new weapons can be created. So, for combat aircraft, a special electronic unit has been developed, suitable for use with different carriers. Already in the tests of 2012 it was used as a payload for an experimental rocket. In the future, this idea was developed.

By the middle of the last decade, AFRL and allies identified the main paths for the further development of aviation EMP weapons. It was proposed to install electronic blocks on various air-based missiles. The possibility of using air-to-surface missiles such as AGM-86 ALCM, AGM-158 JASSM, etc. These types of missiles can be used by strategic and tactical aircraft. 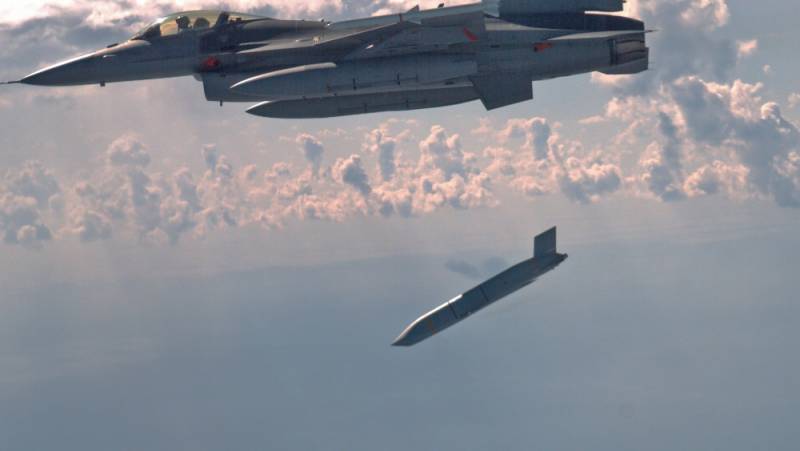 The launch of the AGM-158B JASSM-ER rocket fighter F-16. Similarly, CHAMP products will be used in the future.
In the spring of 2015, the US Air Force announced a new phase of the CHAMP program. Now it was planned to adapt the existing EMI weapon to the installation on the AGM-158B JASSM-ER missile. To carry out these works, the company Lockheed Martin was involved in the program.

The JASSM-ER air-to-surface missile was chosen because of the optimal balance of flight performance and carrying capacity, as well as due to the availability of a modern, efficient autopilot. Such a missile can go along a rather long and difficult route and “cover” several targets in one flight. A variant of the CHAMP system for the AGM-158B per flight is capable of delivering up to hundreds of pulses that affect electronics.

In May 2019, an unexpected and curious message appeared in the American specialized media about the beginning of the deployment of promising EMR weapons. It was alleged that Boeing Phantom Works, by order of AFRL DED, manufactured and delivered at least 20 CHAMP payloads to the Air Force.

The type of missile equipped with an EMR system was not specified. It was reported that the carriers of such missiles will be long-range bombers B-52H. A rocket with CHAMP called ready for use. No technical or organizational details were provided.

According to past plans, full-scale production and deployment of new JASSM-ER missiles will only begin by the mid-twenties. Due to the correct choice of platforms for placing the CHAMP system, it is supposed to ensure compatibility with both long-range and tactical aircraft. This will be the desired outcome of the ongoing CHAMP program. EMR weapons will go into service and become a flexible tool for solving certain tasks.

In the meantime, we are talking only about pre-production and, probably, military tests. According to their results, the Air Force can update their requirements, which will lead to a revision of the project. However, the updated weapons will be based on the well-known and mastered technologies created in the first stages of the CHAMP program. This allows the U.S. Air Force to show some optimism and expect combat-ready microwave weapons by the scheduled dates.

We are in Yandex Zen
On the doorstep. Americans are ready to deploy directional energy systems
An-12 in Afghanistan
57 comments
Information
Dear reader, to leave comments on the publication, you must to register.