The date of the Victory Parade will be determined in the coming days. 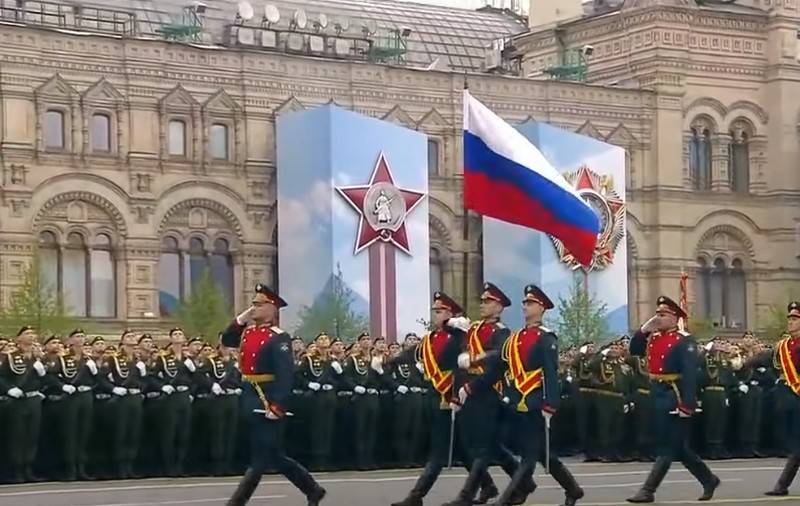 A military parade dedicated to the 75th anniversary of the Victory and tentatively scheduled for May 9, 2020 will definitely take place, a decision on the date of its holding will be made in the near future. This was stated by Chairman of the Federation Council Valentina Matvienko.


During the online conference, Matvienko said that the decision on the date of the parade will be made in the near future and will depend on the development of the situation with coronavirus in the country.

I can say for sure and assure all of you that the parade in honor of the 75th anniversary of the Victory, our great Victory, will certainly take place this year. (...) As for the date, the date of the parade will depend and be determined by the development of the situation with the coronavirus
- she said.

Earlier, veteran organizations of Russia appealed to Russian President Vladimir Putin with a proposal to postpone the Victory Day parade to a later date in connection with the coronavirus pandemic. According to the chairman of the State Duma’s defense committee Vladimir Shamanov, Russia has two dates to which the parade can be rescheduled - June 24 and September 3 - the day of the first Victory Day parade of 1945 and the new end date of World War II, approved by the State Duma.

Recall that previously considered several options for the parade, including its transfer to early September and November. The option of holding a parade on May 9 of this year was also considered, but in the empty stands, without spectators, because of the coronavirus pandemic. In turn, the Ministry of Defense said that the parade is not discussed, it will be held in any case. Currently, parade training continues in Alabino.
Ctrl Enter

We are in Yandex Zen
Reports from the militia of New Russia for 27-28 September 2014 of the year
Interview of Vladimir Putin with Radio Europe-1 and TF1
45 comments
Information
Dear reader, to leave comments on the publication, you must to register.