Suther: Submarine Technology of the Future? 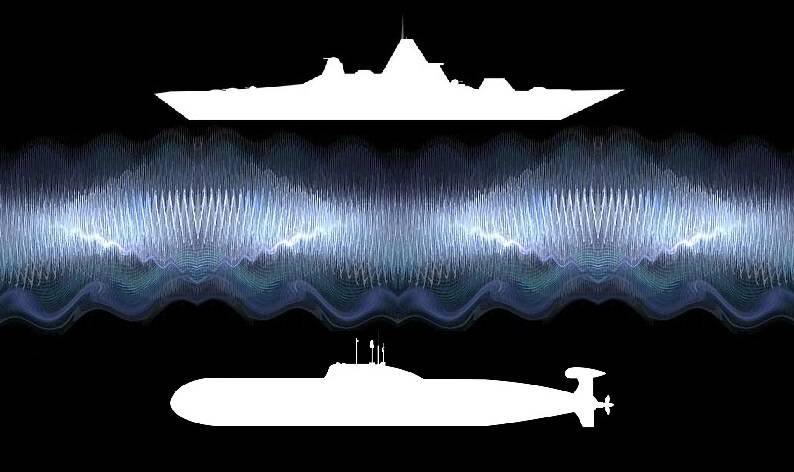 Most readers are well aware of the concept of "laser", derived from the English "laser" (light amplification by stimulated emission of radiation - amplification of light through stimulated radiation "). Invented in the middle of the XNUMXth century, lasers thoroughly entered our lives, even if their work in modern technology is often invisible to ordinary people. The main popularizer of technology has become books and films in the science fiction genre, in which lasers have become an integral part of the equipment of fighters of the future.


In reality, lasers have come a long way, being used primarily as reconnaissance and target designation tools, and only now should they take their place as weapons battlefield perhaps radically changing his appearance и appearance of combat vehicles.

Less well-known is the term “maser” - an emitter of coherent electromagnetic waves of the centimeter range (microwaves), whose appearance preceded the creation of lasers. And very few people know that there is another type of source of coherent radiation - "Saser."

The word "saser" is formed similarly to the word "laser" - Sound Amplification by Stimulated Emission of Radiation (sound amplification due to stimulated emission) and means a generator of coherent sound waves of a certain frequency - an acoustic laser.

Do not confuse a saser with an “audio projector” - a technology for creating directional sound streams, as an example we can recall the development of Joseph Pompey from the Massachusetts Institute of Technology “Audio Spotlight”. In the audio spotlight "Audio Spotlight" a beam of waves is emitted in the ultrasonic range, which, non-linearly interacting with air, increase their length to sound. The length of the beam of the audio projector can reach 100 meters, however, the strength of sound in it quickly decreases.

If the generation of light quanta - photons occurs in lasers, then phonons play their role in sasers. Unlike the photon, the phonon is a quasiparticle introduced by the Soviet scientist Igor Tamm. Technically, a phonon is a quantum of vibrational motion of crystal atoms or a quantum of energy associated with a sound wave. 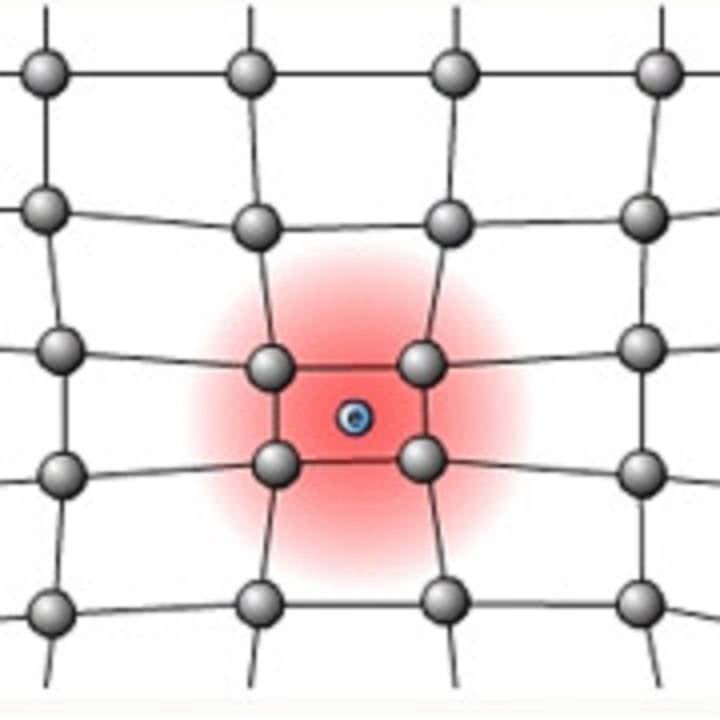 Phonon - a quantum of vibrational motion of crystal atoms
“In crystalline materials, atoms actively interact with each other, and it is difficult to consider such thermodynamic phenomena as vibrations of individual atoms in them - huge systems are obtained from trillions of linear differential equations connected with each other, the analytical solution of which is impossible. Oscillations of crystal atoms are replaced by the propagation in a substance of a system of sound waves, the quanta of which are phonons. The phonon belongs to the number of bosons and is described by the Bose - Einstein statistics. Phonons and their interaction with electrons play a fundamental role in modern concepts of the physics of superconductors, heat conduction processes, and scattering processes in solids. " 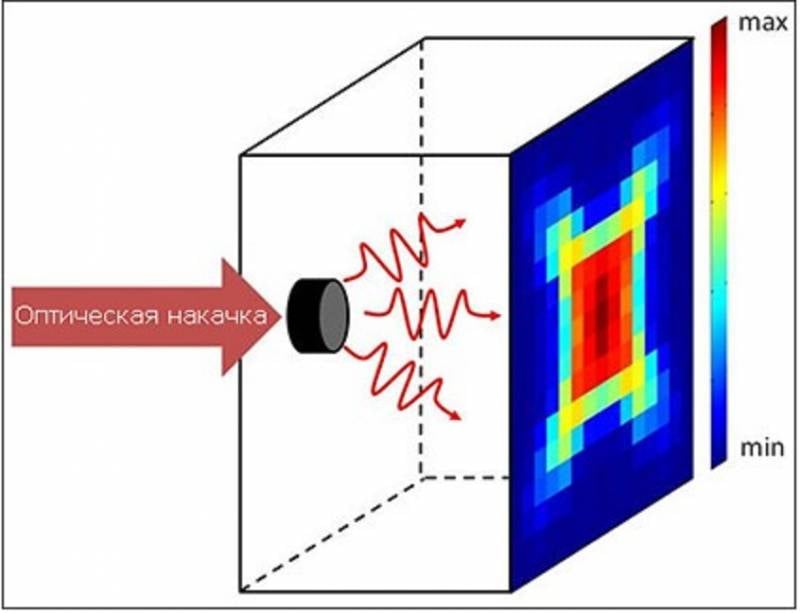 A prototype optical laser saser, designed by physicists at the California Institute of Technology (USA), uses a pair of silicon optical resonators in the form of tori with an external diameter of about 63 micrometers and an internal diameter of 12,5 and 8,7 micrometers into which the laser beam is fed. By changing the distance between the resonators, it is possible to adjust the frequency difference of these levels so that it corresponds to the acoustic resonance of the system, as a result of which a 21-MHz frequency laser radiation is generated. By changing the distance between the resonators, you can change the frequency of sound radiation.

Scientists from the University of Nottingham (Great Britain) created a prototype electron-stage caser, in which sound passes through a superlattice including alternating layers of semiconductors of gallium arsenide and aluminum with a thickness of several atoms. Phonons accumulate like an avalanche under the influence of additional energy and are repeatedly reflected inside the superlattice layers until they leave the structure in the form of saser radiation with a frequency of the order of 440 gigahertz. 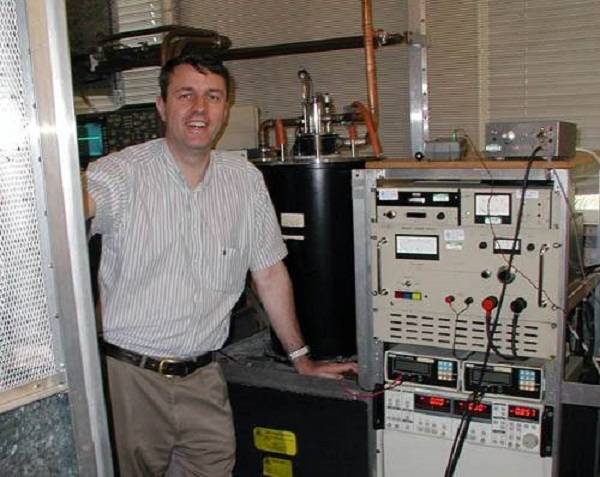 Saser prototype of scientists at the University of Nottingham
Sasers are expected to revolutionize microelectronics and nanotechnology, comparable to those produced by lasers. The possibility of obtaining radiation with a frequency of the terahertz range will allow using sasers for high-precision measurements, obtaining three-dimensional images of macro-, micro- and nanostructures, changing the optical and electrical properties of semiconductors at high speed.

Applicability of sazers in the military field. Sensors

The format of the warfare environment determines the choice of the type of sensors that are most effective in each case. IN aviation The main type of reconnaissance equipment is radar (radar), using millimeter, centimeter, decimeter and even meter (for ground-based radar) wavelengths. The ground battlefield requires high resolution for accurate identification of targets, which can only be obtained by reconnaissance optical range. Of course, radars are also used in ground technology, as well as optical reconnaissance means are used in aviation, but nevertheless the bias in favor of the priority use of a certain range of wavelengths, depending on the type of format of the medium of warfare, is quite obvious.

The physical properties of water significantly limit the propagation range of most electromagnetic waves in the optical and radar range, while water provides significantly better conditions for the passage of sound waves, which led to their use for reconnaissance and guidance of weapons of submarines (submarines) and surface ships (NK) in the case of if the latter are fighting an underwater enemy. Accordingly, the main means of reconnaissance of submarines became sonar systems (SAC).

HAC can be used both in active and passive mode. In active mode, the HOOK emits a modulated sound signal, and receives a signal reflected from an enemy submarine. The problem is that the adversary is able to detect the signal from the HACK much further than the HAC itself will catch the reflected signal.

In passive mode, the HAC "listens" to the noise emanating from the mechanisms of a submarine or enemy ship, and detects and classifies targets based on their analysis. The disadvantage of the passive mode is that the noise of the latest submarines is constantly decreasing, and becomes comparable to the background noise of the sea. As a result, the detection range of enemy submarines is significantly reduced.

It can be assumed that the appearance of sasers will allow the creation of promising HACs, which can conditionally be compared with radars with active phased array antennas (AFAR), which have become a hallmark of the latest combat aircraft.

In this case, the operation algorithm of promising HACs based on laser emitters in active mode can be compared with the work of aviation radars with AFAR: it will be possible to generate a signal with a narrow radiation pattern, ensure a failure in the radiation pattern of the interference source and its own jamming.

Perhaps, the construction of three-dimensional acoustic holograms of objects that can be transformed to obtain an image and even the internal structure of the object under study will be implemented, which is extremely important for its identification. The ability to generate directed radiation will make it difficult for an adversary to detect a sound source when the HAC is in active mode to detect natural and artificial obstacles when moving submarines in shallow water, and to detect sea mines.

It must be understood that the aquatic environment will significantly affect the “sound beam” in comparison with how the atmosphere affects the laser radiation, which will require the development of high-performance systems for guiding and correcting laser radiation, and this in any case will not be like a “laser beam” - divergence of saser radiation will be much greater.

Applicability of sazers in the military field. Weapon

Despite the fact that lasers appeared in the middle of the last century, their use as a weapon providing physical destruction of targets is becoming a reality only now. It can be assumed that the same fate awaits the sasers. At least the "sound cannons" similar to those depicted in the computer game "Command & Conquer" will have to wait for a very, very long time (if the creation of such is at all possible). 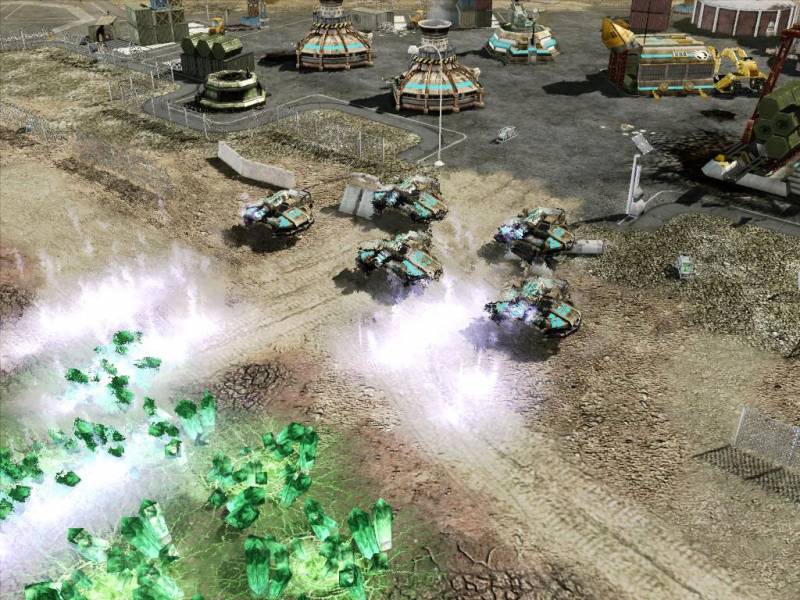 Sound cannons from the computer game "Command & Conquer"
Drawing an analogy with lasers, it can be assumed that self-defense complexes can be created in the future on the basis of sasers, similar in concept to the Russian aviation aircraft defense complex L-370 Vitebsk (President-S), designed to counter missiles aimed at an aircraft with infrared homing heads using an optoelectronic suppression station (SES), including laser emitters, blinding the homing missile.

Airborne defense complex L-370 "Vitebsk" ("President-S") with a light-emitting diode
In turn, the airborne self-defense complex of submarines based on laser emitters can be used to counter the torpedo and mine weapons of the enemy with acoustic guidance.

The use of sazers as a means of reconnaissance and armament of promising submarines is most likely at least medium-term, and even distant. Nevertheless, the foundations of this prospect need to be formed now, creating a reserve for future developers of promising military equipment.

In the XNUMXth century, lasers became an integral part of modern reconnaissance and target designation systems. At the turn of the XNUMXth and XNUMXst centuries, a fighter without a radar with AFAR can no longer be considered the pinnacle of technological progress and will be inferior to its competitors with a radar with AFAR.

In the next decade, combat lasers will radically change the face of the battlefield on land, on water and in the air. It is possible that sazers will have no less impact on the appearance of the underwater battlefield in the middle - end of the XNUMXst century.

Ctrl Enter
Noticed a mistake Highlight text and press. Ctrl + Enter
We are
Cannon fodder, or conversations about the present and future of ship artilleryForty has already turned. Light 40-mm ship cannons enter the market
45 comments
Information
Dear reader, to leave comments on the publication, you must to register.