US Navy going to equip drones 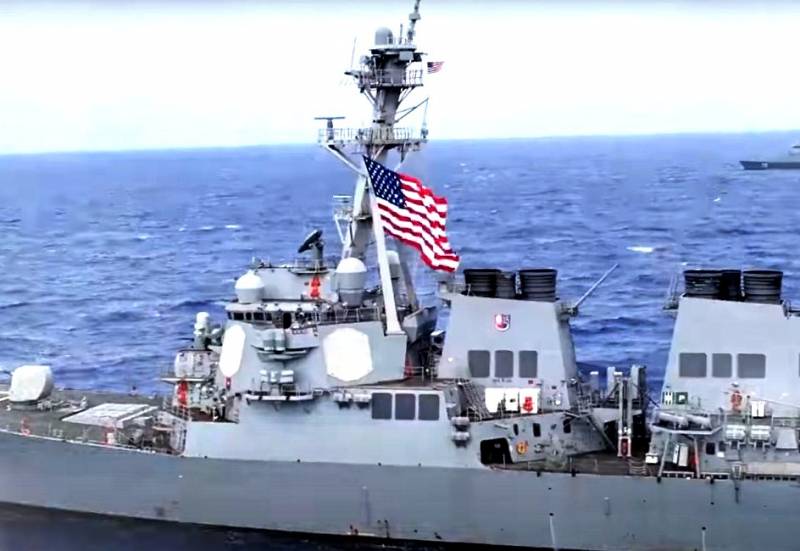 US Navy Command wants to robot part fleet. To achieve this goal, a course has been taken on the development and production of unmanned warships with remote control. The first in line will be unmanned patrol boats.


In a report on the vision for the future development of the US Navy, Admiral John Richardson made two crucial conclusions. First, the United States needs to increase the number of warships. The second - it is necessary to more actively introduce new technologies in the US Navy.

Note that unmanned boats are already used by the US Navy for mine action. But now the American naval command is discussing the prospect of creating unmanned ships that could carry out reconnaissance and even strike functions, being equipped with special equipment, artillery and missile weapons.

A weighty argument in favor of the automation of warships is their low cost. Unmanned ships can cost the US budget much less than modern ships with crew from sailors. In addition, the use of unmanned vehicles minimizes the risks of loss of personnel, the spread of diseases among crew members, etc.

Back in 2019, Rear Admiral William Gallins said that the U.S. Navy was going to launch a remote-controlled ship development program. This program will cover at least 2 classes of warships. The first ship is a medium-sized unmanned surface ship capable of acting as a scout and equipped with radar and sonar equipment. The second ship is supposed to be designed the size of an ordinary corvette, equipping it with rocket launchers.

Rear Admiral John Neagley, who is in command of the U.S. Navy for small warships and unmanned vessels, said that a contract for the production of such a vessel could be concluded in 2023. However, we venture to suggest that the coronavirus epidemic and associated costs may slightly shift these dates.

Some US military experts suggest modifying coast guard boats by roboticizing them and turning them into unmanned vessels. Instead of developing a new small unmanned ship from scratch, patrol boats can be modified, thus solving two pressing problems of the Navy - replacing Cyclone-class patrol boats and creating a new unmanned ship.

At the same time, the US Navy command acknowledges that developing a new coast guard unmanned patrol boat will not be an easy task. Of course, the first boats will still go to sea with the crew, but the tendency to a gradual reduction in the number of personnel of the crews of boats as the development and expansion of the use of artificial intelligence should prevail. Robots will gradually replace crew members until the boat can become completely unmanned, working on a remote control.

In favor of fleet robotization, financial considerations also speak. As you know, President Donald Trump headed for an increase in the number of ships in the US Navy. But this is a very expensive event, but the robotization of the fleet’s crew will just solve the problem of lack of funds, providing the US Navy with new ships at lower financial cost.

By the way, unmanned vehicles will undoubtedly be cheaper than manned ones in everyday maintenance: for example, the operation of a single destroyer of the U.S. Navy will cost the American treasury hundreds of thousands of dollars a day, and the operation of an unmanned ship will cost about 20 thousand dollars a day. The difference is ten times. The only question is how soon the designers will be able to develop those unmanned ships, about the need for which they say in the command of the Navy.

Ctrl Enter
Noticed a mistake Highlight text and press. Ctrl + Enter
We are
US expert community is trying to identify ways out of the Afghan impasseYuri Drozdov: Russia prepared the role of the sacrificial calf
13 comments
Information
Dear reader, to leave comments on the publication, you must to register.