The next serial IL-76MD-90A after painting was submitted for testing. 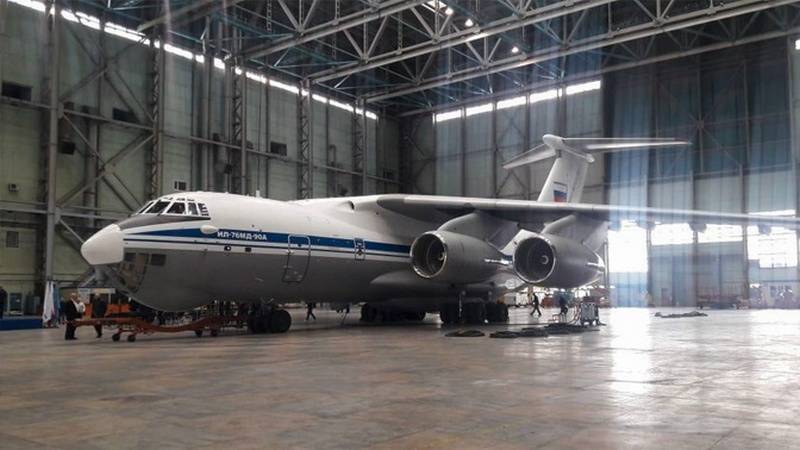 In Ulyanovsk, the painting of the next serial military transport aircraft Il-76MD-90A for the Ministry of Defense of the Russian Federation was completed, the aircraft was handed over for testing. This was reported by the press service of Rostec.


According to the report, work on painting the aircraft was carried out at a specialized enterprise of Spectrum Avia. In painting, domestic materials were used to provide the aircraft with protective properties, high weather resistance, strength and elasticity.

After painting, the aircraft was transferred to the flight test station, where it will pass the necessary ground and flight tests. After the completion of the flight program, the IL-76MD-90A will go into service with the military transport aviation regiment aviationstationed in Ulyanovsk.

Thus, this year Ilyushin will have to hand over to the Ministry of Defense two last year’s airplanes, plus another six IL-76MD-90A, scheduled for transfer this year.

In total, the Russian military department plans to purchase more than 2030 IL-100MD-76A and promising IL-90MD-78A tankers created on their basis by 90.

Ctrl Enter
Noticed a mistake Highlight text and press. Ctrl + Enter
We are
Summary of the week from voenkor Mag about events in the DNI and LC 14.12.18 - 20.12.18Today, the military transport aviation of the Air Force marks another anniversary of the formation of
35 comments
Information
Dear reader, to leave comments on the publication, you must to register.