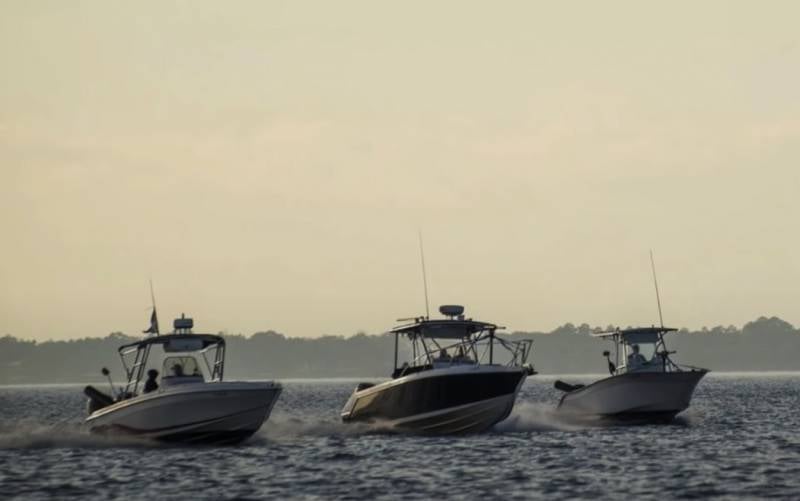 Iran is increasingly using its maneuverable boats in the Persian Gulf against American ships. According to the Central Command of the U.S. Navy, recently an Iranian boat passed in dangerously close to an American ship.


When the US Navy conducted exercises involving ships and Apache AH-64E combat helicopters in the Persian Gulf, Iranian boats in the amount of 11 units repeatedly appeared near American ships, making dangerous and “challenging” maneuvers from the point of view of the US command. The boats belonged to the Corps of Guardians of the Islamic Revolution of Iran (IRGC), which, as you know, has at its disposal not only land, but also aviation, and marine units.

The incident, which provoked the indignation of the American naval command, occurred in the international waters of the Persian Gulf. Iranian boats appear here very often, periodically chasing American ships. In 2016, there was even an incident involving the capture of American sailors from two boats. Then the Iranian coast guard discovered American boats off the island of Farsi, after which it was decided to detain the Americans.

This time, boats of the Islamic Revolutionary Guard Corps also made a name for themselves during the movement of American ships in the Persian Gulf. First, Iranian boats began to pursue the USS Lewis B. Puller, an expeditionary ship, following along with the destroyer USS Paul Hamilton, USS Firebolt patrol ships, USS Sirocco and USCGC Wrangell and USCGC Maui coast guard boats. The IRGC boats repeatedly crossed the path of American ships at extremely close range, while following at high speeds.

Video of #IRGCN vessels conducting dangerous & harassing approaches on US naval vessels in the international waters of the North Arabian Gulf. pic.twitter.com/zL9VKQ0eiQ

Despite numerous warnings from American warships in the form of radio messages and beeps, Iranian boats continued to maneuver in front of the US Navy ships for an entire hour. Only then did they react to American radio communications and cease their maneuvers.

Note that last year, the Commander of the Navy of the IRGC, Rear Admiral Ali Fadawi, said that Iran controls all movements of American ships in the Persian Gulf. Attention to American ships especially intensified after a new phase of exacerbation of the already extremely tense US-Iranian relations after the assassination of Al-Quds by General Kassem Suleimani by the Americans. 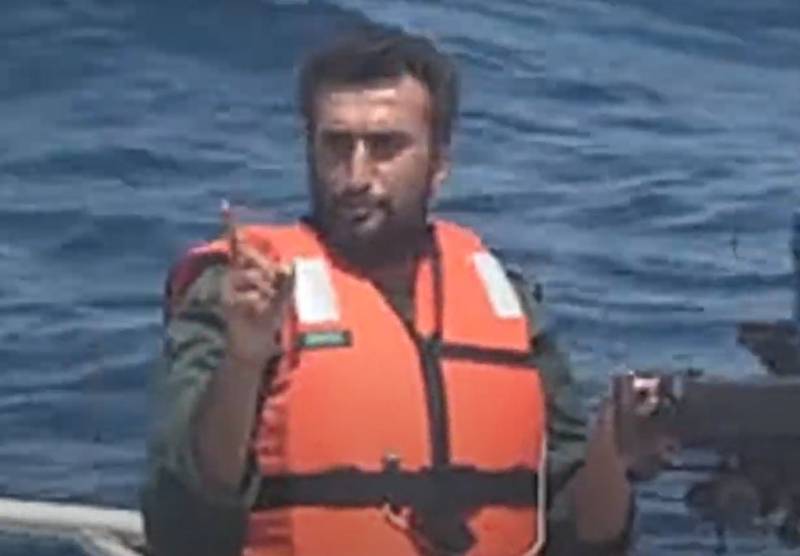 The naval forces of the Islamic Revolutionary Guards Corps of Iran carry out expeditionary missions and protect Iranian interests in the Persian Gulf. They include ships, naval aviation, coastal artillery, and special forces. But the “highlight” of the Navy KSIR - fast and maneuverable patrol boats, which are the main instrument for indicating the military presence of Iran in the Persian Gulf.

Iran places particular emphasis on the maneuverability and speed of its military boats. So, the IRGC is actively using the Seraj-1 maneuvering boats, which, according to Iran’s ex-Minister of Defense, Major General Ahmad Wahidi, are capable of firing rockets and are equipped with modern navigation systems. The main advantage of the boat is the ability to operate at high speeds at sea. The main emphasis is precisely on the tactics of quick attacks with the subsequent retreat or capture of the ship, depending on the specific circumstances.

With the help of constant patrols on boats, the IRGC intends to maintain Iran’s control over the Strait of Hormuz and to demonstrate to Americans, as well as unfriendly Arab monarchies, their readiness at any time to switch from demonstrative maneuvers to real attacks on ships of a potential enemy.

We are in Yandex Zen
Guarding the Islamic Revolution: the IRGC and its role in the life of Iran
Iran in the Syrian conflict. The confrontation with Saudi Arabia and the interests of the Shiites
84 comments
Information
Dear reader, to leave comments on the publication, you must to register.