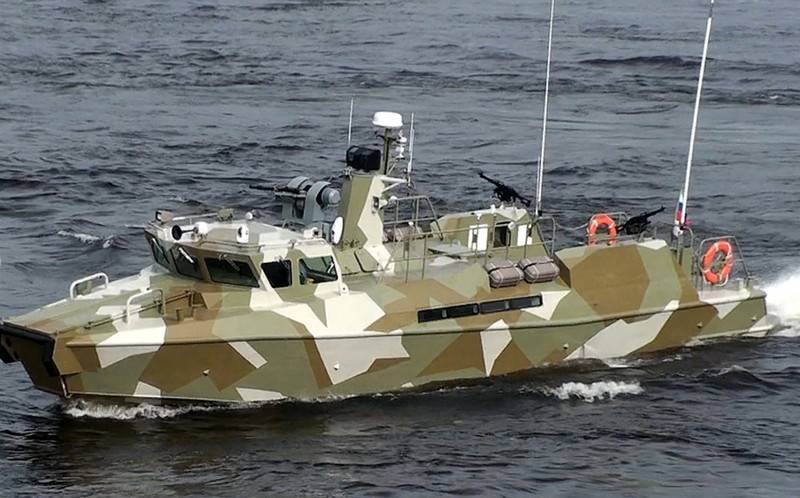 Two new patrol boats of project 03160 Raptor were launched in St. Petersburg. The launching ceremony took place at the Pella shipyard. This was reported by the press service of the Russian Navy.

Today at the new shipbuilding complex of Pella OJSC in St. Petersburg, a solemn ceremony of launching two patrol boats of project 03160 of the Raptor type took place
- said in a statement.

Currently, boat crews are being trained, after its completion both boats will be part of the Baltic fleet. The boat transfer ceremony is scheduled for June this year.

Recall that the Raptors are designed to patrol the coastal zone in the ice-free navigation period at any time of the day at a distance of up to 100 miles from the base. They can be part of the BDK, UDC with placement on board or in the docking chamber.

Boat speed - up to 48 knots (depends on the height of the waves). It is armed with the Uprava-Kord combat module with a heavy machine gun (14,5 mm) and two Pecheneg machine guns of 7,62 mm caliber.

We are in Yandex Zen
On the "Pella" launched another "Raptor"
Launched another boat project 03160 "Raptor"
61 comment
Information
Dear reader, to leave comments on the publication, you must to register.