Coronavirus through the eyes of a chemist 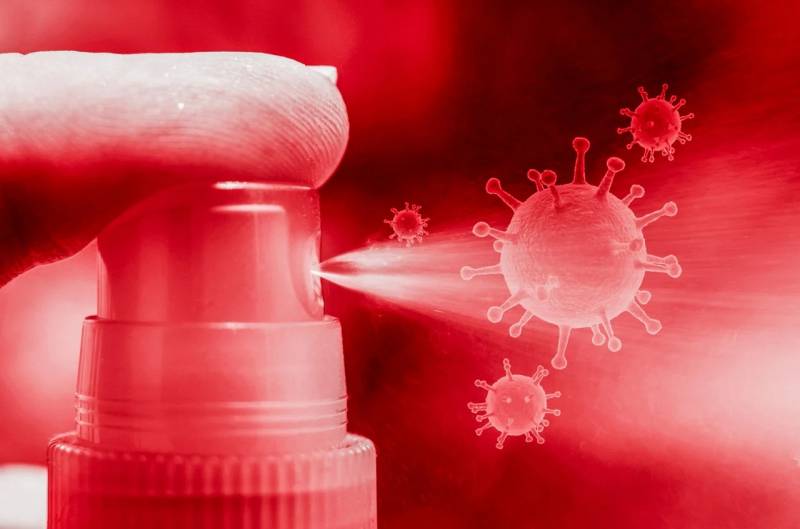 For those who are older, a cartoon about a kid who liked to count should be remembered. I remember that kid saved many friends by counting them at the right time. I don’t think that I’ll save someone, but maybe I will inspire hope and show someone of the all-proponents that the measures taken by the government are not at all mediocre throwings and bear fruit.

Similarly, there is an increase in the concentration of the product with certain types of chemical reactions, for example, autocatalytic reactions in solutions. In the same way, the number of fission products in an atomic bomb increases when it is detonated. These processes are driven away by chemists and physicists far and wide, and therefore it is not difficult to describe the dynamics of the epidemic.

Here k is a coefficient depending on many conditions: the number of contacts N, population density, and the mass of other factors.

Let me remind you: exp () is an exponent, a number in a power that is an argument to a function.

What does this give us? But here: if you plot the number of cases from time to time, plotting the logarithm of the number of cases along the y axis, you should get not an indistinct ascending squiggle, which can be found on many sites, but an inclined line. The steeper she gets up, the worse things are.

Having collected data on the number of cases in Russia, I built such a schedule and made sure that instead of a straight line he gives two connected segments of straight lines. This means, firstly, that the model is correct, but something happened at the junction of the segments. One segment stretches until the second of April, the second from the second of April to the fifteenth of April (the latest data at the time of my observation), and the slope of the second section is less than the first. What so magical happened on the second of April? And here's what: a week has passed since the start of quarantine activities. And the schedule (its first segment) clearly showed: if quarantine had not started, then there would have been not 24 thousand cases, but at least 100 thousand cases. So the measures taken by the authorities work, and how.

Now the question is increasingly being asked: why is the government slowly itching, why didn’t they immediately introduce the emergency mode, do not conduct mass testing, do not isolate the city from idle travelers? It seems to me that immediate tough measures, not properly prepared, would not give anything, but would only aggravate the problem. It was necessary to prepare the transfer of schoolchildren to a remote place, to convince the population of the need for reclusiveness, to force them to wear masks and hand in hand those who use masks and disinfectants, to establish the production of darkness for the right things, to work out the technology for monitoring violators, to arrange the issuance of passes ... All this is not done instantly, and attempts to solve problems immediately and in an orderly manner would lead to chaos and pandemonium, to attempts to distribute both the social program and the admission to crowds of people who infect each other. I am sure that the nuts will continue to tighten further, but gradually, preventing the thread from breaking.

As for the mass testing, and especially the development of the vaccine, it should be understood that both the first and the second take time. This virus manifested itself for the first time very recently, and one can only wonder how much has been done to combat it. Let's be patient, everything will be finally decided.

All patience, optimism and a disciplined attitude towards yourself and loved ones!

Ctrl Enter
Noticed a mistake Highlight text and press. Ctrl + Enter
We are
About Stalin and KhrushchevWhat you didn't want to know about England
104 comments
Information
Dear reader, to leave comments on the publication, you must to register.