Life of remarkable monuments: Bread from Sarapulian peasants starving in Moscow and Petrograd 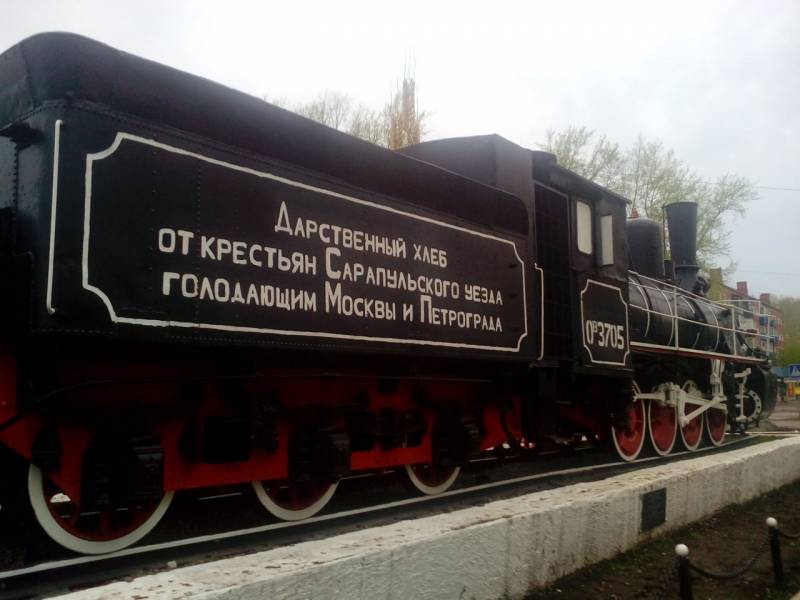 For the upcoming 10th anniversary of the "Military Review" opens the rubric "Life of remarkable monuments." In this section, photographs and small “biographies” of monuments and memorials that talk about stories our huge country: from Vladivostok and Yuzhno-Sakhalinsk to Kaliningrad, from Makhachkala and Novorossiysk to Murmansk.


We are talking about monuments, which in themselves can tell a lot about what events took place in our country over its long history, what hardships it experienced, what victories it achieved on a long historical path.

In the first story, “The Life of Remarkable Monuments,” Military Review presents a memorial, which is installed on the forecourt of the Udmurt city of Sarapul. This is a steam locomotive that is not outwardly remarkable for anything special, although for today it is also worthy of attention. But in this case, it is more important with what history in the life of the country it is connected.

We are talking about a locomotive that tells about the events of the Civil War, those hungry years when millions of people had to literally survive, faced with the lack of the truly most necessary - bread.

The inscription on the engine reads: "Donation bread from the peasants of Sarapul County to the starving of Moscow and Petrograd." 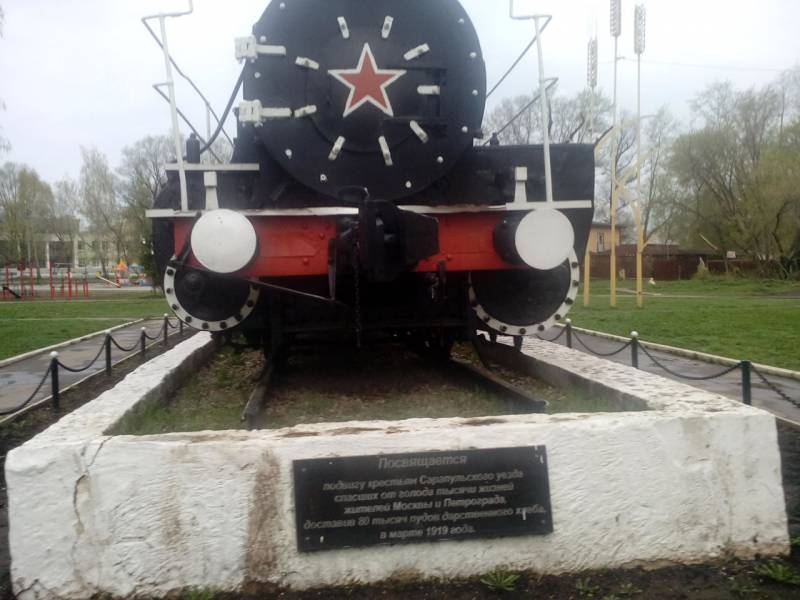 And on the memorial plaque on the pedestal there is a reminder of how, in March 1919, the Sarapul peasants handed over to the residents of both capitals of young Soviet Russia 80 thousand pounds of donation bread that saved thousands of lives. This gift is rightly called the feat of the peasants, because the time was such that every ton of grain was by no means superfluous for the regions, for the peasant families themselves, who grew this grain in difficult conditions. 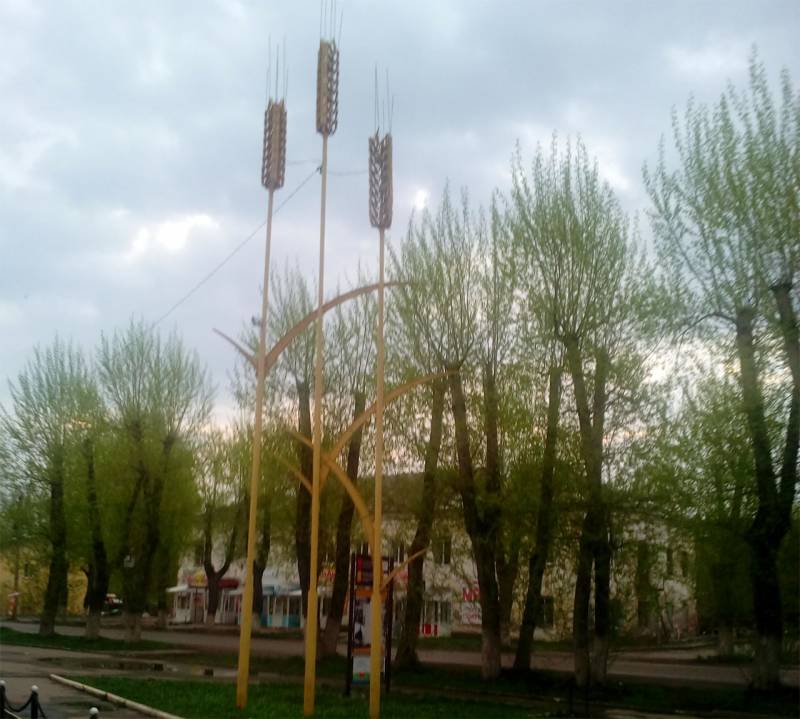 The steam engine 0v3705 is not the only element of the memorial. Next to it are three ears of corn, symbolizing the very harvest that was sent to the Muscovites and Petrograd residents more than a century ago by the local peasantry. 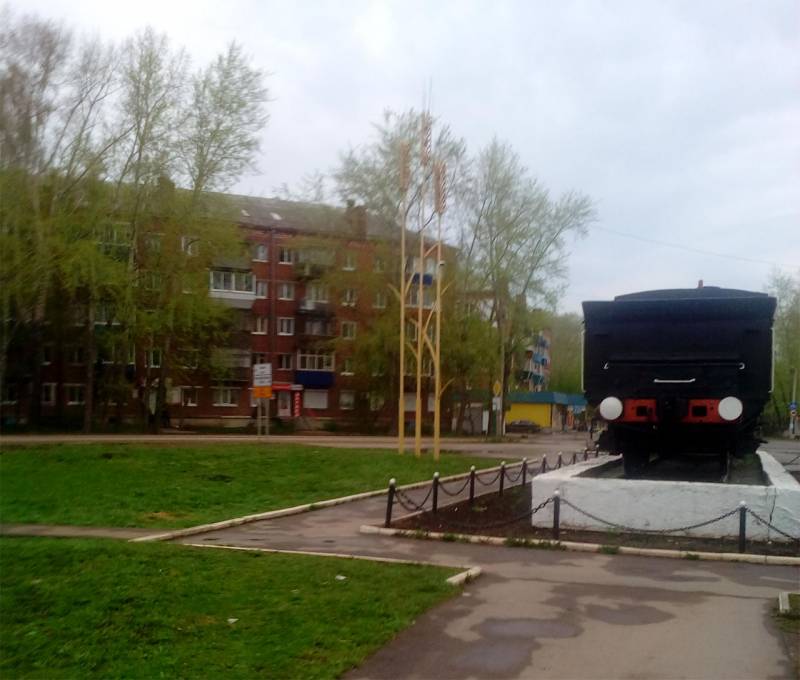 The memorial is simple, without any architectural and sculptural delights, however, it contains the very salt of the earth, the unity and the readiness for self-sacrifice, which are characteristic of Russia.

Ctrl Enter
Noticed a mistake Highlight text and press. Ctrl + Enter
We are
Modesty and penetration of rural memorials. Appeal to readersResults of anti-terrorist work on Dagestan in April 2014
29 comments
Information
Dear reader, to leave comments on the publication, you must to register.