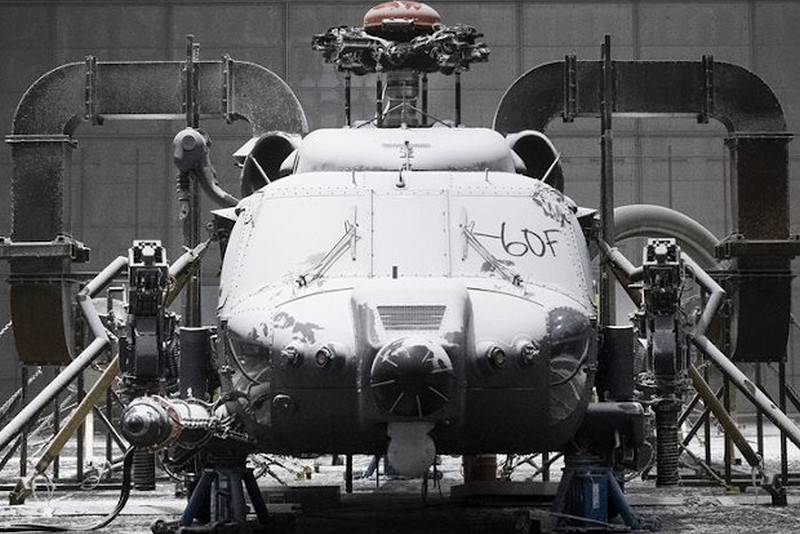 The new American helicopter HH-60W Jolly Green II, designed for combat rescue operations, has passed the test of extreme temperatures. According to Flightglobal, tests of the machine were carried out in a specialized test hangar at the US Air Force base "Eglin" in Florida.


Reportedly, the performance of onboard systems and helicopter engines was tested in the temperature range from -51 degrees to +49 degrees Celsius. In addition, the helicopter was tested under the influence of wind simulated with powerful fans at a speed of up to 20 meters per second, rain with a stream of water of 492 liters per minute, as well as dense fog. As a result, the tests were recognized as successful.

The US Air Force plans to acquire 113 new helicopters, which will replace the HH-60G as they become available.

The name Jolly Green II was assigned to the HH-60W this spring. The machine was named after the HH-3E Jolly Green Giant rescue helicopter, which was actively used by the military during the Vietnam War.

Ctrl Enter
Noticed a mistake Highlight text and press. Ctrl + Enter
We are
American latest HH-60W helicopter for MTR went into seriesHelicopter HH-60W launches special operations forces in the USA
19 comments
Information
Dear reader, to leave comments on the publication, you must to register.