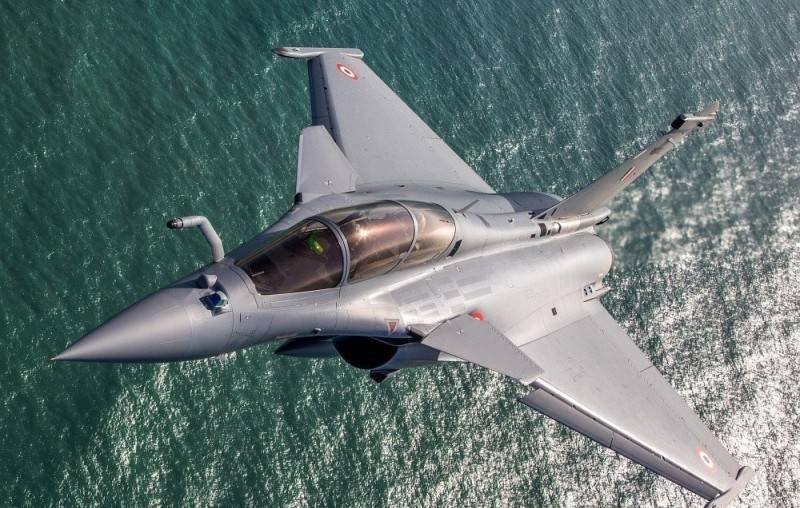 The first batch of French Dassault Rafale fighters for the Indian Air Force will arrive in the country with a delay of three months. Sending aircraft postponed due to the coronavirus pandemic. About this writes the Indian newspaper "The Hindu".


The publication, based on the words of an informed source, reports that the supply of some equipment for testing and maintenance at Ambala airbase was supposed to take place in early April, but was delayed due to flight restrictions introduced by India. At the same time, quarantine measures introduced in France will last at least until mid-April or even longer, which will lead to a delay in sending the first batch of fighters.

Taking into account quarantine in France, as well as restrictions on the arrival of flights from Europe imposed by India, we could count on July
- said the source of the publication, speaking about the delivery time of the French fighters.

Recall that India signed an agreement to acquire 36 Dassault Rafale fighters on September 23, 2016. The contract is worth $ 8,7 billion. According to the agreement, the Indian Air Force is to receive 28 Rafale EH single-seat fighters and eight Rafale DN two-seater aircraft. Each fighter will receive the 18th squadron at Ambala airbase (first of all) and the squadron at Hashimar airbase (after Ambala).

The first four Rafale Indian fighters were supposed to arrive in India in May 2020, the transfer of aircraft was planned to be completed in April 2022.

Ctrl Enter
Noticed a mistake Highlight text and press. Ctrl + Enter
We are
Reports from the militia of New Russia for 27-28 September 2014 of the yearYuri Drozdov: Russia prepared the role of the sacrificial calf
11 comments
Information
Dear reader, to leave comments on the publication, you must to register.