Labor market: this is not a disaster, this is a disaster! 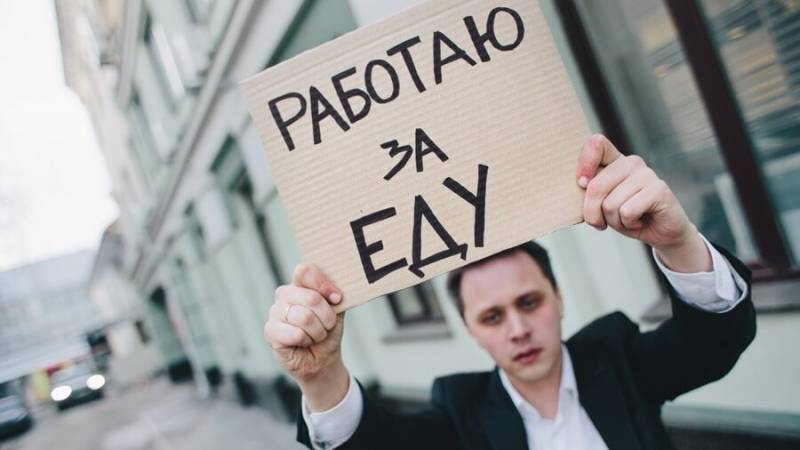 Four out of five lost revenue

The COVID-19 pandemic catastrophically affects the amount of working time and the level of earnings around the world. This is the conclusion reached by analysts of the International Labor Organization (ILO) based on the latest survey. Meanwhile, a third of Russian employers rate their company's position as negative or extremely negative. With all the ensuing consequences.

Two weeks ago, the ILO made a menacing forecast that a pandemic could trigger an increase in world unemployment to 25 million people. Now such a forecast can be regarded as overly optimistic. The new forecast sounds like a sentence: there is a high probability that at the end of the year this figure will be significantly higher than the originally forecasted 25 million.

Currently, full or partial cessation of work has affected 81 percent of the global workforce of 3,3 billion people, that is, more than four out of every five workers, the ILO report says. According to recent expert estimates, in the second quarter of 2020, the crisis associated with the pandemic will lead to a 6,7 percent reduction in global work time, which is equivalent to the full working time of 195 million workers.

The most at risk are sectors such as hospitality, catering, manufacturing, retail, commercial and administrative activities. In fact, this is exactly the picture we are seeing now in our country.

According to an ILO study, there are 1,25 billion workers in sectors where the risk of a “sharp and destructive” increase in layoffs, lower pay and shorter working hours is highest. Many of them are engaged in low-paid unskilled labor, and for them the sudden loss of income becomes simply murderous.

“In both developed and developing countries, workers and enterprises are facing disaster,” said ILO Director General Guy Ryder. - We must act quickly, decisively and all together. "Whether our reaction will be unmistakable and prompt depends on whether we survive or fail.”

Moscow and Peter - territories of gloom

The research service of one of the largest Russian online recruiting companies, hh.ru, conducted a survey of employers to find out how they are experiencing the current crisis. The survey was conducted from April 2 to 9. Among more than 350 representatives of Russian companies.

Compared to August 2019, the percentage of interviewed employers who stated that they rated their company as “rather negative” or “extremely negative” was much larger: 33 percent compared to 10 percent. At the same time, the share of those companies that feel stable declined from 49 to 36 percent. 18 percent of companies feel confident, but this share has more than halved compared to August last year, hh.ru experts emphasize.

As for territorial features, according to hh.ru, the companies in Moscow and St. Petersburg, together with the Northwestern Federal District, are now subject to the most negative sentiments. In the regions, the proportion of positively-minded employers is higher.

Who will drown first

According to a survey, the number of employees has decreased in 20 percent of companies since the crisis began. It is interesting that most of the employees of small and large companies fell under the distribution. The reductions were reported by 24 percent of organizations with up to 100 employees and 27 percent of enterprises with over 3 employees. And again, St. Petersburg and the North-West Federal District are in the anti-leaders, where almost half of the surveyed employers reported reductions.

In the next six months, it is precisely planned to reduce the number of employees in 12 percent of companies, another 25 percent make a cautious, but nonetheless negative forecast, the authors of the study say. This share is highest among companies with over 3 employees. Together, they expect a reduction of 000 percent.

The average people have slightly better plans and expectations. About a quarter of regional companies with 251 to 500 employees are hoping to increase staffing levels. And in Moscow and St. Petersburg, together with the NWFD, this share is only 9 and 16 percent, respectively.

The most vulnerable to cuts, according to employers, are ordinary specialists and interns / trainees. More than 80 percent of employers who reported that their headcount either had already decreased or would decrease in the next six months, said that rank-and-file specialists were, or would fall, primarily.

About a third of the companies said that their recruitment plans for the coming period did not change at all with the onset of the crisis. 23 percent unscheduled stopped the selection (in Moscow such - 31 percent). A quarter of the companies unscheduled reduced staffing (in St. Petersburg and the NWFD - 39 percent).

Pensioners are profitable in the household

For a simple working people, a forced vacation, of course, does not cause any enthusiasm. Even if they do not cut you, then the income will definitely fall for many. What are we observing at the moment? 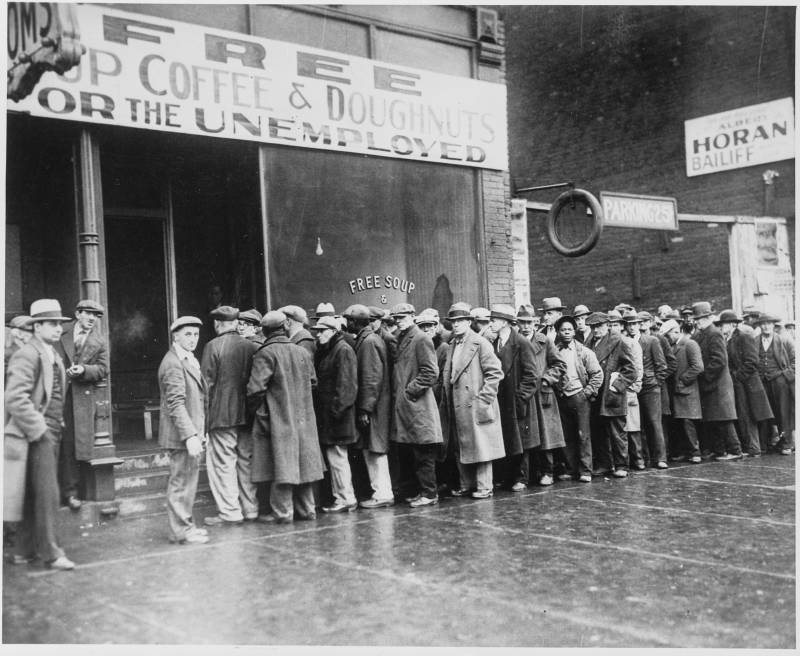 It is unlikely that anyone today wants a repetition of the Great Depression of 1929
62 percent of employers told hh.ru that employee salaries have not changed since the onset of the crisis. Salaries of employees decreased in 23 percent of companies, more often among small companies (27 percent), and also primarily in Moscow (29 percent), St. Petersburg and the North-West Federal District (26 percent) and the Volga Federal District (24 percent).

Over the next six months, 30 percent of companies do not expect salary changes, and medium and large companies, as well as companies in the Urals, Siberia and the Far East, feel the most confident in this regard. 27 percent of companies expect a reduction in employee salaries (45 percent among companies with a staff of 100 to 250 people).

Does it make sense to explain that the smallest business is now in the most difficult situation - small trade and the service sector, where usually only one or two employees are employed? How do they pay salaries if there are no sales? Hopes for revival after the crisis remain, but they are melting away under the threat of universal impoverishment.

A familiar entrepreneur has one “mercenary” - a woman who has been working with his family for almost 10 years. Dismiss a hand does not rise. And where can she go now? If the epidemic lasts, then in May there will be nothing to pay. There is, however, one positive circumstance - the woman is already retired. So, without a piece of bread, it certainly will not remain. So, you look, and "wintered."

We are in Yandex Zen
Coronavirus COVID-19: threats, consequences, actions
Results of the week. "God forbid to see Russian revolt, senseless and merciless!"
199 comments
Information
Dear reader, to leave comments on the publication, you must to register.