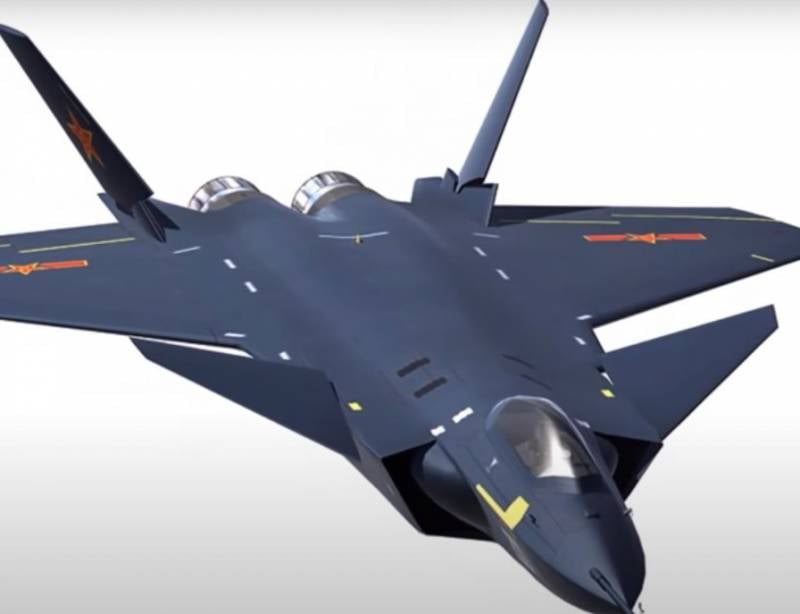 In China, gathered to accelerate the production of fifth-generation fighter Chengdu J-20. It is expected that at least 40 such aircraft will be produced each year. The J-20 fighter is to become one of the main PLA air forces in the foreseeable future.


Recall that the J-20 Black Eagle fighter was developed by Chengdu Aircraft Industry Corporation, located in Chengdu, Sichuan. It was this company 18 years ago, in 2002, that was chosen by the Chinese authorities to begin research and development work on the development of the latest fighter for the PLA Air Force. In 2009, the command of the PLA Air Force told that work on the creation of the aircraft continues, and in 2011 he made his first experimental flight.

The Sohu edition, describing the Chengdu J-20 fighter, notes its outstanding performance. According to the author of the publication, he is not inferior to other aircraft of this generation. By the power of weapons and the quality of the radar system, according to Sohu, the J-20 is quite comparable to the American F-22 fighter. As for the invisibility of a heavy fighter, here the Chinese plane even surpasses similar American cars.

At the same time, many technical characteristics of the aircraft remain secret: while the Chinese military are in no hurry to disclose details about the new fighter. It is known that the length of the aircraft is 20,3 m, the wingspan is 12,88 m, the height is 4,45 m, and the mass is 17 tons. Range - 5500 km, practical ceiling - 20000 m. The crew of the J-20 consists of one pilot.

Sohu is proud to emphasize that the entire body of the J-20 fighter is assembled in China, with the exception of the engine. The aircraft is equipped with the Russian AL-31FN engine, made for fourth-generation fighters. Its differences from the F119 engine installed on the F-22, and allowed foreign military experts to talk about the insufficient power of the Chinese fighter. So far, the J-20 continues to be dependent on engines from Russia.

However, Chinese readers themselves responded absolutely adequately to Sohu's reproaches regarding the quality of the Russian engine:

Do not be arrogant! Is there a domestic engine with qualified long-term and low maintenance costs? Can it be mass produced?
Recognizing that the J-20 really does not have advantages in the engine, the Chinese publication, however, writes that the fighter has other strengths. For example, it is made according to the “duck wing” scheme, that is, the horizontal plumage is located in front of the center of mass, which allows for greater maneuverability. At the same time, according to the Chinese publication, the design of the “duck wing” does not affect the stealth of the aircraft.

Now, according to official figures, in the arsenal of the Air Force of the People's Liberation Army of China, there are only 6 J-20 fighter aircraft. The operation of the Chinese military aviation they arrived in 2017-2019. In the future, the manufacturing company plans to produce at least 40 J-20 aircraft per year.

The main problem that China may encounter with further mass production of aircraft is precisely the lack of its own engines. The 4th generation Chinese WS-10A engine has low stability and has an insignificant resource of 25-40 hours compared with the required 400-800 hours.

The AL-31FN engine, which Russia supplies for the J-10, for the J-20, is no longer powerful enough, but so far there is no alternative. The only thing that remains for the Chinese is to wait for deliveries of more powerful and modern Russian engines, although the PRC often says in the press that they are ready to equip their latest fighters with their own power plants.

Ctrl Enter
Noticed a mistake Highlight text and press. Ctrl + Enter
We are
Reports from the militia of New Russia for 27-28 September 2014 of the yearYuri Drozdov: Russia prepared the role of the sacrificial calf
67 comments
Information
Dear reader, to leave comments on the publication, you must to register.