Day of the specialist in electronic warfare of the Armed Forces 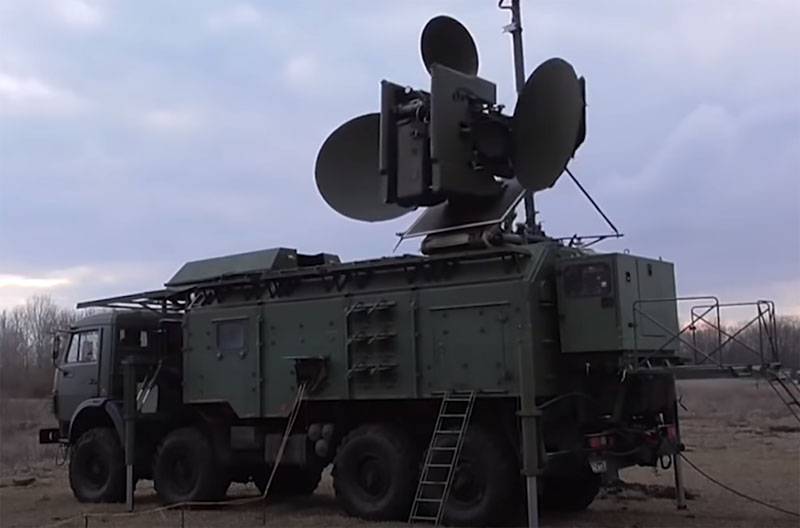 On April 15, specialists in electronic warfare (EW) celebrate their professional holiday in the Armed Forces.


The holiday was approved in 1999 on the basis of an order from the head of the defense department.

Then the post of Minister of Defense of Russia was held by Igor Sergeyev. 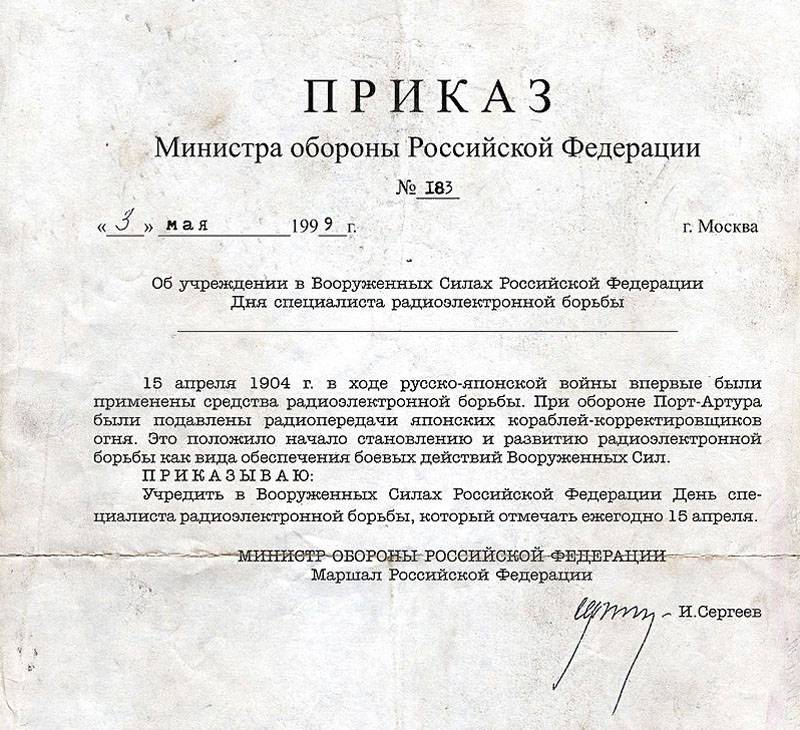 The choice of date is associated with the events of the Russo-Japanese War, when in April 1904 the Japanese armored cruisers Kassuga and Nissin went out to shell Port Arthur fortress. At this time, the battleship "Victory" and the Golden Mountain station began to use the option of a large spark in order to interrupt Japanese telegrams. As a result, the Japanese faced problems in transmitting information, which led to another problem - the inability to conduct effective fire adjustment.

Military Review congratulates personnel military personnel specialists in electronic warfare, as well as service veterans on their professional holiday!
Ctrl Enter
Noticed a mistake Highlight text and press. Ctrl + Enter
We are
Day of the specialist in electronic warfare of the Armed ForcesDecember 2010 years. Russian March. Senseless and merciless? Notes not a Russian person
23 comments
Information
Dear reader, to leave comments on the publication, you must to register.