Stalin's poster. Under the name of Luis Martinez 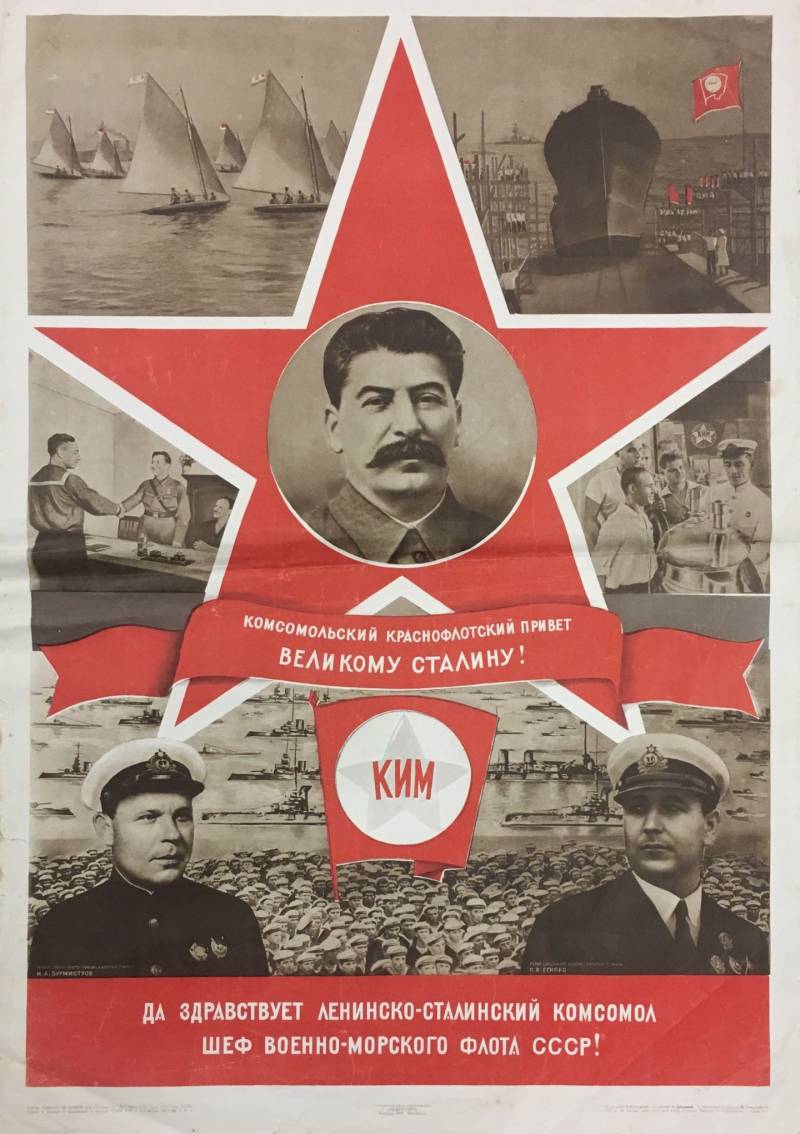 While working on the film “Submariner No. 1,” we accidentally discovered an image of a 1939 poster by the famous Soviet artist V. B. Koretsky. Neither the descendants of the hero of our film, nor the staff of the library and museum named after I. A. Burmistrov in the city of Stavropol, who helped us in collecting the material, knew about the existence of such a poster. Who is he, this man pictured next to the leader?

Several experienced submariners came from the Soviet Union. In February 1937, the Soviet volunteer Ivan Burmistrov appeared in Cartagena. In the base were two submarines, on which he began to work, helping the Spaniards. Burmistrov was very indignant at the orders on boats, was dissatisfied with the equipment, very backward. After some time, one of the boats under the command of Burmistrov sailed in the direction of the Balearic Islands. Her task was to attack the enemy ships at the entrance to Palma. The boat returned a few days later, and the commander himself was surprised at how he managed to return alive. He was angry and cursed at what the light was. It turned out that the boat safely arrived at the appointed place and began to expect the appearance of an enemy cruiser. The next day, the submariners noticed that a reconnaissance aircraft was hanging above them. Soon other planes appeared and began to bomb the boat. The commander maneuvered, changed position, went to the depths, but the planes did not lag behind the boat. Looking around, Burmistrov suddenly noticed that an oil trail stretched behind the boat, on which the enemy found it aviation...

The war found the commander of the division of Captain 1st Rank Ivan Alekseevich Burmistrov in Nikolaev - construction was underway at an accelerated pace and new series of submarines were tested. After the first bombing, Burmistrov managed to bring not only boats to Sevastopol, but also the expensive equipment of two Nikolaev shipyards and a family of workers. As a part of the detachment in the city of Nikolaev there were 11 submarines. Thanks to the efforts of I.A. Burmistrov, one of them was able to be put into operation many times over in August 1941, and another 4 were evacuated under bombing to Sevastopol and then to the ports of the Caucasian coast. Six more recently laid submarines had to be blown up on slipways.
Anatoly Beznoschenko. “Ivan Burmistrov. Flagship naval fleet».

When the Nazis had already begun to occupy the city, Burmistrov personally led the last ship through the estuaries - the L-24 mine layer. The submarine was not completed: due to the lack of batteries and other mechanisms, the boat could not be submerged, so I had to go in the water position. Under the hurricane fire of German artillery and aviation, Burmistrov led the submarine into the Black Sea and arrived in Sevastopol - the main base of the Black Sea Fleet.

“The morning was rainy. This gave me hope that everything would work out. It could not have done ... Two hours later, after "Armenia" moved away from the mooring wall, it was spotted by fascist torpedo bombers. The lethal shells dropped from them hit the target exactly. “Armenia” stayed afloat for no more than four minutes. Ivan Burmistrov managed to pick up only a few people on his boat ... "
A.I. Burmistrov. "Flagship".

At the end of his life, Ivan Burmistrov recalled that the most important thing in that war was the protection of transports that transported Spanish children to the Soviet Union through the ports of Leningrad, Odessa, and Sevastopol.
Russian newspaper. 19.03.2014/XNUMX/XNUMX. "Five heroes who cheated history submarine fleet. "

We are in Yandex Zen
Submarines type "K" series XIV - "Katyusha"
Feat Marinesko and tragedy “Gustloffa”
5 comments
Information
Dear reader, to leave comments on the publication, you must to register.